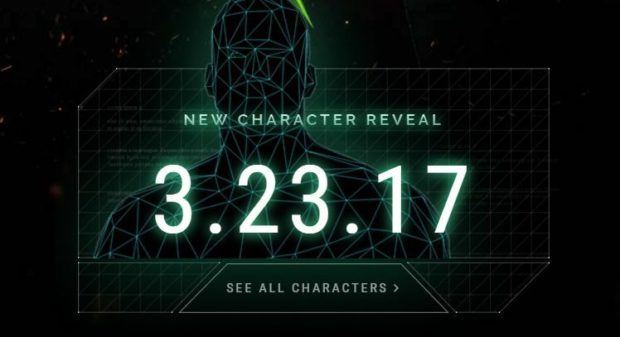 Earlier this week NetherRealm Studios revealed Firestorm and the studio will reveal another Injustice 2 character soon.

The studio posted a teaser image on the Injustice 2 website that teases the reveal of the next Injustice 2 character for March 23. However, the image itself has no clues about the upcoming reveal.

Injustice 2 will launch in May and will feature two special editions: The Deluxe Edition and Ultimate Edition. Deluxe Edition is available for $80 that will include 3 additional fighters that will be added once they are available.

Ultimate Edition is available for $100 and will include 9 additional fighters which will be added to the roster once they are available. This special edition will also feature two exclusive shader packs, Destroyer and Defender, along with three premiere skins.

Injustice 2 is an upcoming fighting game in development at Netherrealm Studios and is scheduled to launch on May 16, 2017, for PlayStation 4 and Xbox One.