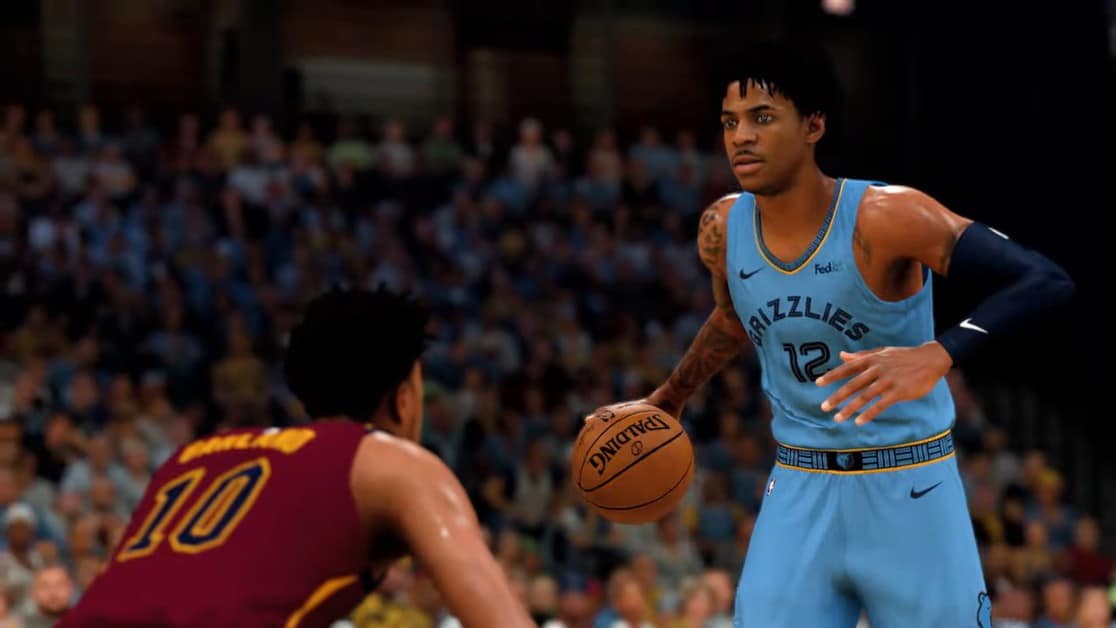 Badges are various boosts that can be applied to a MyPlayer character in NBA 2k21 and in our NBA 2K21 Badges guide down below we have acquired a list of badges in the game.

Before moving to the normal badges, let’s take a look at Park badges.

These are badges for MyPlayer profiles that you get as rewards for attaining Rep, or increasing your reputation level all the way to legend. These include:

Screen Crusher Badge – Blow up hard screens in the Neighborhood.

Nothing Easy Badge – Hard fouls at the rim boost your team’s Takeover in The Neighborhood.

Gym Rat Badge – You’re a gym rat. No more lifting for you

Takeover Booster – Your Takeover meter will now fill up faster in The Neighborhood.

Now onto the normal badges:

Chase Down Artist – Raises the chances of getting a chase-down block.

Clamps – Boosts the ability to stay in front of the ball handler on the perimeter.

Defensive Leader– Boosts the defensive abilities of teammates when in the game.

Interceptor – Increases chances at getting steals in passing lanes.

Lightning Reflexes – Receives an earlier cue on the Read and React system while playing defense.

Off-Ball Pest – Makes players more difficult to get past when playing off-ball and chances of broken ankles are reduced.

Trapper – When trapping offensive players, defenders are more effective at forcing pickups and turnovers than normal.

Backdown Punisher –Allows players to have more success than normal when backing down a defender in the paint.

Cross-key Scorer – Boosts the shot percentage for layups when moving across the paint.

Deep Hooks – Boosts the shot percentage when shooting hooks from a deep distance. Post hooks taken far from the basket receive less of a distance penalty than normal.

Dropstepper – Allows a player’s to effectively use dropsteps in the post. Attempts at post dropsteps and hop steps are more successful, in addition to protecting the ball better while performing these moves in the post.

Fastbreak Finisher – Boosts a player’s Takeover meter when completing a dunk on a fastbreak.

Giant Slayer – Heightens the effectiveness of layups over taller defenders.

Lob City Finisher – Improves a player’s ability to successfully finish an alley-oop layup or dunk. The shot must be taken before the receiver lands.

Pick & Roller – Increases shot percentage as the roller in a pick & roll.

Putback Boss – Increases shot percentage when attempting a putback after an offensive rebound.

Relentless Finisher – Reduces the fatigue effects from continually finishing at the rim with contact.

Showtime –Gives an additional boost to a player’s Takeover meter and his/her teammates, when successfully completing an And-1 or flashy dunk.

Slithery Finisher – Improves the ability to avoid contact when attacking the rim.

Tear Dropper – Increases the chance of hitting floaters and runners.

Catch & Shoot – Boosts the chance of hitting a jump shot immediately after a catch.

Clutch Shooter – Shot attempts that occur during the final moments of the 4th quarter/clutch moments, or in any overtime period, receive a large boost.

Corner Specialist – Gives a boost to shots taken near the corner.

Deadeye – Reduces the impact of a defender who is closing out, including both mid-range and 3PT shots.

Difficult Shots – Improves the ability to shoot difficult shots off the dribble.

Flexible Release – Reduces the penalty suffered from mistimed jump shot releases, making it easier to knock down attempts even when releasing early or late.

Green Machine – Increases the bonus given for consecutive excellent releases.

Pick & Popper – Elevates the shot percentage for an attempt taken off a pick and fade situation.

Pump Fake Maestro – Decreases the penalty that comes from shooting after pump fakes.

Range Extender – Extends the range from which a player can effectively shoot.

Slippery Off-Ball – Strengthens the player’s ability to get open off the ball.

Volume Shooter –Boosts the shots for players after they have taken a number of shots, for each subsequent shot made, weather it was a hit or a miss.

Ankle breaker – Improves the likelihood of freezing or dropping a defender during dribble moves.

Bail Out – Chances of successfully completing a pass from mid-air are increased.

Dimer – Boosts the shot percentage for open teammates on jump shots after catching a pass.

Downhill– Increases overall speed with the ball in transition.

Dream Shake – Raises the chances that a defender bites when doing fakes in the post. Increased chance of stunning a defender and an increase in shot percentage.

Flashy Passer –After completing a flashy pass for an assist, both the passer and the scorer receive an additional boost to their Takeover meters.

Floor General –Gives offensive attribute boosts to teammates when on the floor.

Needle Threader – Increases the likelihood that tough passes can get by the defense.

Space Creator – Improves space creation by a player against from a defender.

Stop & Go – Improves the ability to start and stop with the ball.

Tight Handles – Improves a player’s ability to break down their defender.

Unpluckable – Reduces the chances of getting stripped by the defender