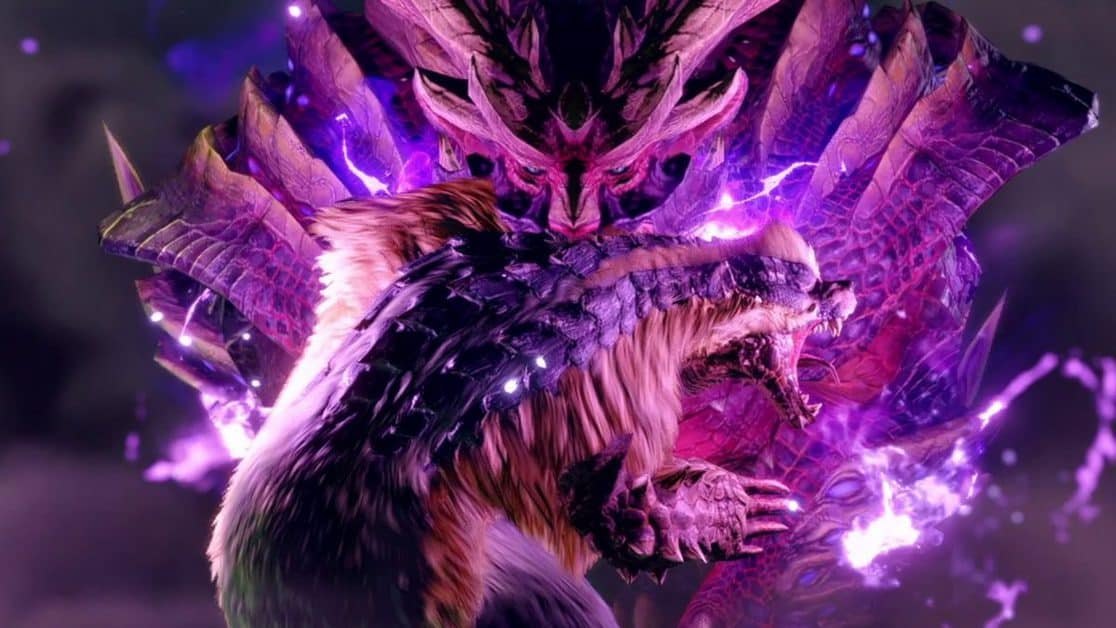 Where Can I Find Magnamalo in MH Rise?

Magnamalo is a Fanged Wyvern who is large in size. It is a huge warrior whose primary color is purple. This beast is known for purple flames from his mouth, back, tail which is called Hellfire.

Magnamalo in MH Rise is pretty quick and can jump a large distance. It uses his tails for making different attacks as well.

Known locations for Magnamalo in MHR include the following:

You can also encounter the beast in multiple quests. Low rank Quests where you encounter it are:

High rank Quests where you encounter Magnamalo in MH Rise are:

The best damage stats are provided by Slash/cut, blunt and water type damages, all of these have a three star rating of effectiveness against Magnamalo.

The only ailment that the Magnamalo is weak against in MH Rise is the Waterblight ailment. And Waterbright is only effective enough for a 2-star rating, not even 3. All other ailments have only one-star effectiveness against the beast, with the exception of Blast to which it is completely immune to.

Hellfire Mode: The beast will continually attack you with hellfire, it will release hellfire from its mouth, its tail and its arms. After a while, the beast covers its body parts in hellfireblight. Parts that are covered with the fire have increased armor.

Claw Crash: Smashes the ground with its claws, follows this with hellfire explosions if in hellfire mode.

Tail Slam: Smashes the ground with its tail.

Hellfire Burst: Sends a wave of hellfire in every direction.

Bite And Blast: Bites the foe and throws them in the air, and sprays hellfire on their landing location

Dive Bombing: The beast jumps in the air and dives to the ground, causing explosions on impact.

Hellfire Vortex: Charges and releases a burst of charged hellfire from its tail.

Ultimate Form: The boss has a final form, or enraged form, that it uses once its HP dips down a certain threshold.

How to Defeat Magnamalo in Monster Hunter Rise

Get it While It’s Down

When the Magnamalo attacks you with Hellfire, it will shake and fall on the ground for a moment, and you have to take full advantage of that time for dealing maximum damage along with your pets. If you don’t do much damage, the Hellfire will turn pink, which will be very dangerous.

Ride In On Your Palamute

We recommend that you get into the battle with Magnamalo by riding into it on your Palamute. You, together with the Palamute and palico, can deal more damage to the Magnamalo.

While fighting with the Magnamalo, when the Hellfire covers the Magnamalo body, attack the parts which are covered in Hellfire to cause maximum damage.

As we have mentioned earlier, don’t give him much chance when he falls on the ground; otherwise, the Hellfire will turn pink and cause much more damage. You have to just attack him steadily along with your pets.

When he uses Hellfire, attack him more and more and don’t stand in front of him so he can’t attack you continuously. Always look for the chance to land some slashes and when you see the chance use the wire bug to get lifted vertically and move away quickly.

Don’t touch the purple ball because this will inflict Blight damage on you. You can avoid this by using the wire bug dash.

Continue to use the wire bug dash to shake off the blights to get more chances for damaging the Magnamalo more often.

You have to defeat that monster within 15 minutes and then return to the village. If you follow the steps given above, you will definitely beat him within time and your objective will be completed.

Once you defeat Magnamalo, you can collect different items dropped by it and take some of its body parts as well, like the Magnamalo Shell and Magna Ghostprism. After that, you have 60 seconds of time to return to the village.

The dropped items above can be used to craft various weapons themed after Magnamalo in MH Rise. Below is a list of all the weapons that require materials dropped by Magnamalo

Just like the weapons, items dropped by Magnamalo in MHR are also required for various armor sets. Below are all of these armor pieces and sets you can craft from Magnamalo in MH Rise