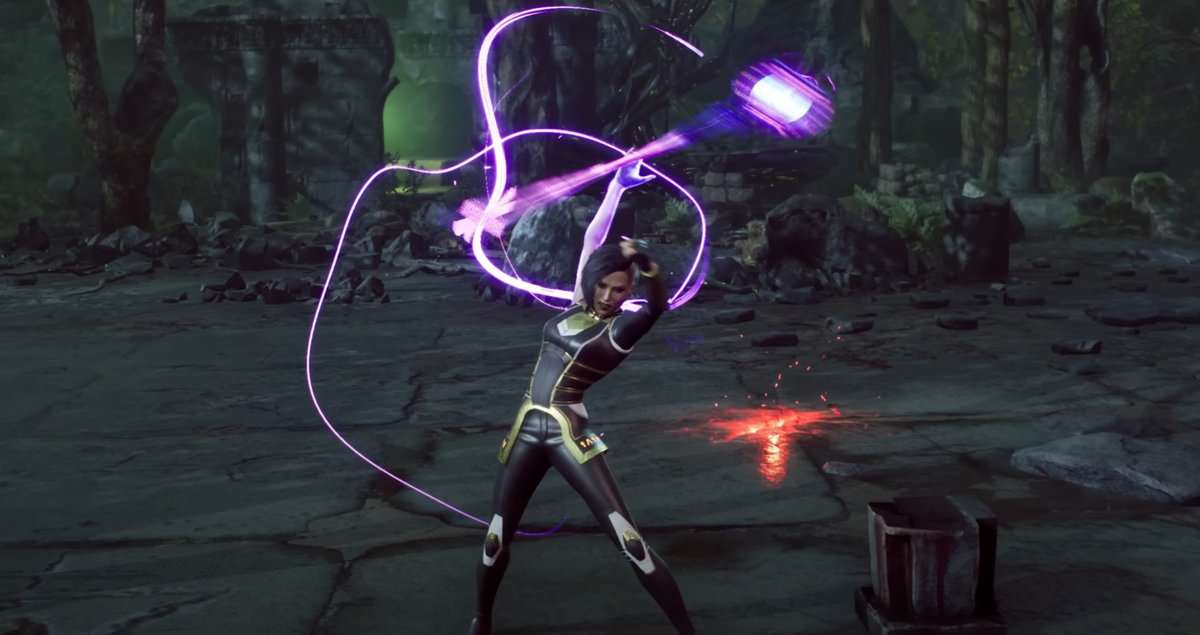 Nico Minoru is an exciting hero in Marvel’s Midnight Suns. Players can take advantage of her abilities like healing and buffing other Heroes. Her cards have a randomized status effect, meaning you will have no idea what impact the card will have. It makes her incredibly difficult to use in the early game, so you need to know the best build for her in Midnight Suns.

In this guide, we will focus on Nico cards to create an optimal build in Midnight Suns that minimize the randomness you have to deal with to get consistent results. We will also go through the Heroes that synergize best with Nico.

Best cards to use for Nico in Midnight Suns

The following are the best cards for Nico aka Sister Grimm in Marvel’s Midnight Suns:

Using this card will deal moderate damage to use enemies and grant you 1 Heroism. Along with these, this card also heals Nico and a random ally on the battlefield. The most significant advantage of using this card is that you don’t have to sacrifice a turn to heal your heroes.

But the downside is that you are unsure which hero will be healed except Nico when the card is used. The healing helps in general. Use another healing card if one of your heroes is dangerously low on health.

Blood Magic heals the hero when they deal damage to their enemies. It is a life-steal effect. While strengthened, boost the hero’s damage by 50%. The last status effect it has is Counter-Fast. It will reduce the heroism cost by 1 for all the abilities the hero can use.

The best defensive card for Nico is the Restore card. This card fully heals Nico, but this ability has a cost.

Nico gets exhausted for a single turn after using this card, which should be used if Nico is about to die and there’s no other way to survive the fight.

Nico consumes two Heroism while using this card, but remember to use it as soon the fight turns against you and your team.

Using this card will grant Heroism and produce a copy of a random card that you currently have in hand. The card that gets copied will play a decisive role in your win or loss. Try using this card when you have a lot of good cards in hand.

Very straightforward card; it can deal 83, 166, or 207 damage. The value of damage it inflicts is entirely random. Sometimes you will deal very little damage; other times, this card hits like a train.

If you are trying to finish off an enemy, we recommend not to use this card unless they have less than 83 health.

This card damages a random enemy on the battlefield. If that enemy gets knocked out, you will get this card back, but only once. It is an excellent card for taking out multiple weak enemies.

Nico is mainly a support hero with some damage-dealing potential. You will primarily be using her to heal and buff your ally Heroes. She is the perfect choice if you don’t have Doctor Strange on your team.

Ghost Rider does well on a team with Nico as her ability perfectly compliments Ghost Rider’s high-risk, high-reward gameplay.

You can pair Nico with heroes that cannot heal or buff themselves, like Iron Man, Captain Marvel, and Magik. The Strengthened effect can help these heroes deal massive amounts of damage.