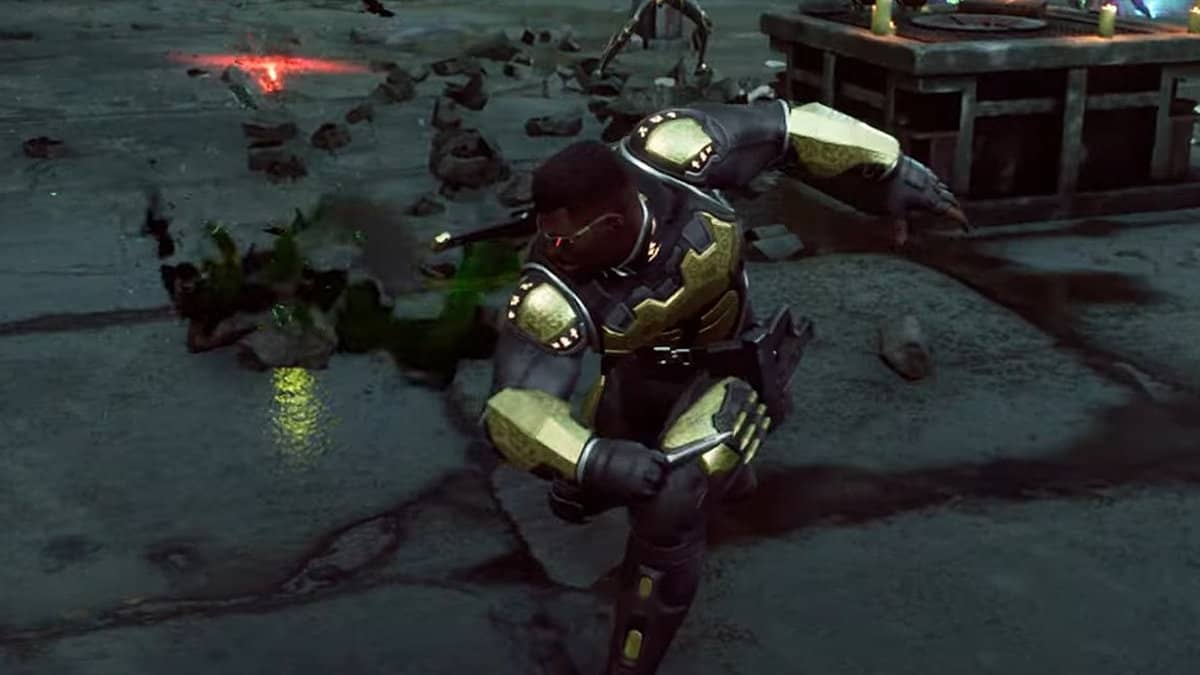 Marvel’s Midnight Suns features many heroes you can unlock and play to complete missions. Each of the different heroes will have their specific playstyle, determined by their cards.

Blade is one of the most versatile and deadly heroes in the game, which you can get early on. Like other heroes, Blade has a set of cards that determines his moves during battle.

If you’re planning to use Blade as your main hero, we’ve come best Blade Build for you. With this build, you learn the best cards to use with Blade and which other heroes work best with it.

Best cards to use for Blade in Midnight Suns

Blade is a versatile hero you get very early on in the game. He has pretty good offensive potential with his passive ability: “Cold Blooded”. This passive ability allows Blade to inflict ‘Bleeding’ upon enemies after striking them.

There is, however, only a chance that enemies might be inflicted with Bleed, which you can increase up to 25% by upgrading the card. You can, in turn, use Blade’s other abilities that strike enemies multiple times to increase the chances of applying Bleed.

The Bleeding effect deals damage to enemies over time – the only downside with it is that it only takes effect when the enemy makes his turn. Moreover, Blade also has many abilities that, with modifications, allow him to draw one more turn when knocking an enemy out with a card. If the enemy is finished off with Bleed, this won’t occur.

Given below are some of the best cards that you can use with Blade to make him a versatile hero, allowing him to maximize his potential out there on the battlefield.

Most of the heroes in Midnight Suns have their own particular way of drawing their cards – for Blade, it’s ‘Make ‘em Bleed’. You will mostly be starting the fight with this card if you are planning to use Blade as your main offensive hero.

This card allows Blade to draw two other of his own cards while also increasing the chance of inflicting Bleed 2x. This 2x Bleed will be applied to the opponents on hit for the next two rounds – hence three damage-dealing strikes.

This makes it very useful in case you want to play other cards like Daywalker or Strike later on. Both of these cards allow Blade to perform a chain attack hitting 4 and 3 enemies at once respectively – this increases your chances to inflict Bleed on each enemy.

Moreover, with this card, you are also able to boost your Heroism – and it even gives you a chance to increase the amount you get by upgrading the card.

With the Heroism you earn from the ‘Make ‘em Bleed’ card mentioned earlier, you can use the Daywalker card if you can draw it.

This ability allows Blade to eliminate a few enemies by hitting them four times in any combination of your choosing, i.e., chain 4x attacks. Moreover, it even has the potential to inflict Bleeding upon enemies – even up to eight times if you manage to hit one enemy 4x.

It even lets you draw another card for each KO (Knockout), but what makes it special is that it can inflict Bleed itself if modified. This will negate using the Make ’em Bleed card itself but can also double the bleeding effect if combined.

The Quick Strike, as the name implies, is a quick ability you will mostly be using to finish off enemies with a KO.  There is a particular way you can use this ability though through which you can use it to its full potential.

After upgrading the Quick Strike card, it will gain a bonus in dealing damage to enemies inflicted with Bleed. Hence, this card would best be used on enemies that have Bleed on them by the Make ‘em Bleed or the Daywalker card. This allows you to really rub in that extra damage on an enemy, giving you more of a chance to knock them out.

Moreover, if you manage to KO an enemy, you will be able to gain one more card with this ability when modified. With such high potential given by a Quick ability, it would be best to save them for the end though i.e. for whenever you are in a pinch.

This card can also be modified to give you more cards upon landing a KO or grant you more Strengthened and Heroism.

This card is functionally similar to the previously mentioned Quick Strike card. Like the Quick Strike ability, the Reaper also deals extra damage to enemies affected with Bleed, but on hit, it will consume all the Bleed from the enemy and deal the remaining damage instantly – allowing for much higher overall damage and a faster KO before the turn ends.

Particularly when used in combination with the Daywalker card at higher levels, it will allow you to deal over 1000 damage in a single turn.

Moreover, the Reaper allows Blade to gain ‘Strengthened’ and also a card playback if you manage to get a KO with it.

The Savage is an extremely useful card that requires 2 Heroism to be used. What makes this card special is its potential to destroy enemies in a single turn regardless of whether they wield a shield or not – especially if you have blade Strengthened.

Most of the enemy players in Midnight Suns protect themselves with shields – and they are quite hard to deal with. The Savage ability deals substantial damage to most enemies and even more to enemies bearing a shield.

A bit further through the game, you will be able to modify the Savage ability to deal even more damage or gain more cards after pulling off a KO.

The Hunger is the only ‘free’ card that Blade has. A free card means that using this card will not consume your turn- but in fact, can be used freely while retaining other card plays.

‘The Hunger’ ability applies ‘Marked’ to any specific enemies already affected with Bleed. However, note that before using this ability, you first have to inflict Bleed upon enemies via the ‘Make ‘em Bleed’ card or the Daywalker/Strike card.

Moreover, this card is most effectively used with Glaive – coming next up.

The Glaive is Blade’s Legendary card. Instead of dealing damage head-on, this attack deals AoE (Area of Effect) damage to nearby targeted enemies and inflicts Bleed 2 upon them.

This ability will also set Hunger upon the affected Marked targets with the previously mentioned ‘The Hunger’ card.

Do note that this card is unlocked only after reaching Friendship level 5 with Blade and completing the challenge that comes with it. Moreover, it can only be used once per mission, so it would be best to use this card wisely.

While playing with Blade, you’ll notice that his main role isn’t to deal a lot of damage and end players one by one, but rather to spread out the damage to multiple enemies by inflicting bleeding and then delivering the finishing blows to end them at once.

This will require you to get your hands on specific cards and then use them one by one in order to make the most out of them.

Keeping this in mind, we have to choose other heroes that can buff add more variety to Blade’s playstyle, and make battles more efficient. Moreover, especially in the early game, Doctor Strange, Captain America, and Nico will be the best three heroes to use with Blade.

Doctor Strange’s Blessing of Vishanti can grant a boost to Blade’s abilities, allowing them to deal increased damage which stacks on turns. This ability can also be upgraded to retain that damage boost for the rest of the mission, which is extremely helpful.

Moreover, the Agamotto’s Gaze ability is also a great choice for this because it lets you play back the last two attacks you used.

Captain America helps Blade in combat by protecting him via the Tactician ability which provides block, and also allows you to draw more cards than ever with the ‘Spang!’ and ‘Brooklyn Handshake’.

Nico can do the same with her ‘Double Up’ ability, which allows you to double any random card that you have. If you have two cards of any kind, they would be multiplied and increased to four cards.

All of these heroes, with the help of their abilities, make Blade more versatile by either increasing his overall damage output or by multiplying the cards you have so you can use them in a combination that’s the most effective.