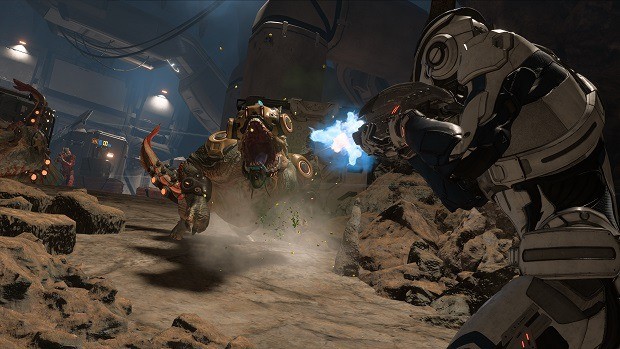 Augmentations are like mods in Mass Effect Andromeda but instead of being swappable, they are permanently attached to the weapon or armor. In this Andromeda guide we will tell you where to get these Augmentations from and what buffs they give.

Players can only purchase a researched augmentation once and in order to reuse that augmentation, the item augmented must be deconstructed. Some augmentations can only be applied to a specific type of item while others can be used in the construction of any item.

Just like all other development items, Mass Effect Andromeda Augmentations also fall under the three technology trees as listed below. An augmentation from a specific tree requires research points related to that tree.

There are also some general augmentations that don’t require research from a specific tech tree. These augmentations can be applied multiple times but provide limited boosts compared to other augmentations.

However, considering their impact and cost of construction, the augmentation can be reused during the development of something else if players deconstruct the item for which it was originally used.

Aerial Lubricant: can be used to augment Guns and Arms. If used in weapon, provides 35% rate of fire while hovering while 35% Tech damage is increased when applied to Arms. Costs 50 research

Aerial Stabilizer: 35% weapon accuracy when used with weapons, 35% biotic damage in the case of Arms. 50 research

Grenade Launcher: all non-shotgun weapons fire a grenade now with every projectile while all shotgun pellets are grenades with reduced damage. 200 research needed

Battlefield Assist Module: using in weapon gives 20% increased damage when health and shields are full while Chest provides 25% increased resistance when health is lower than 20%. 50 research

Bio-converter: drains 5% health to refill the current ammo clip once it is empty. 50 research

Shield Oscillator: restores 25% shields when weapon clip empties but if used in Chest, 25% shield is restored upon killing an enemy. 200 research needed

Newtonian Multiplier: 5% Power Force on a weapon, 2% on a gear item

Reaction Displacer: 5% All Combo radius on a weapon, 2% on gear items

Reaction Optimizer: 5% All Combo damage on weapon, 2% on gear

Shield Bypass Unit: 5% power damage bonus to shields on a weapon, 2% on gear