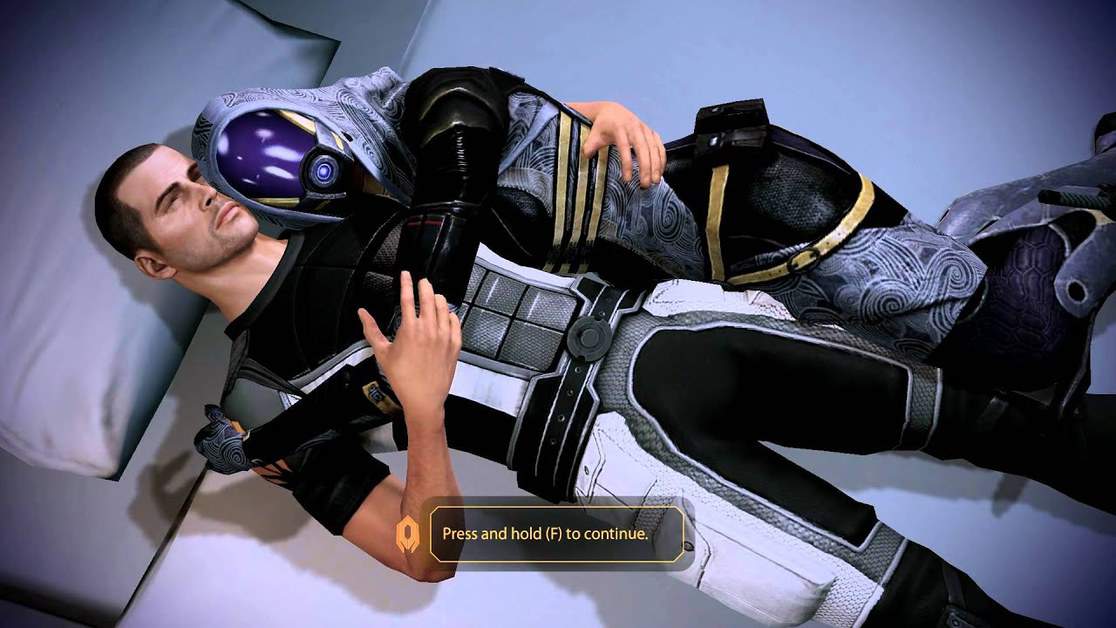 You’ll find various romance options for both genders in ME 2, whether you are playing the old version or the new Mass Effect Legendary Edition. Choosing a serious relationship or a casual one is entirely up to your playthrough and how you choose to pursue your character’s development.

We will be detailing ways to romance all present characters in the game in this ME 2 Romance Guide.

These are the major six options available for proper love interest, and the success of any one of these relationships will grant you the Paramour Achievement in Mass Effect 2.

How to Romance Characters in ME Legendary Edition

If you’re importing a save from Mass Effect 1, remember that your romantic relationships with Liara, Kaidan, or Ashley will be carried over. If you pursue a relationship with a new character in ME2, that will count as cheating and have consequences. If you choose to remain loyal, you will reunite with your love interest in ME3 or, in Liara’s case, in “Lair of the Shadow Broker” DLC mission.

In order to successfully romance the characters of ME2, whether you are a female shepherd or a male shepherd, it is important to keep talking to your love interest constantly. Each time a dialogue option appears, make sure to respond positively with suitable options. Make an effort to dig deeper into your interest’s character.

Over time you will grow closer with the character of your interest. With time, romantic dialogues will begin to appear; make sure to pursue these dialogues but don’t go for more than one romance interest at a time. This will have adverse effects and will strain your relationships. Once your romance advances to the next level, a love scene will appear just before you travel through the Omega 4 Relay.

Now let’s dive into the Romance guide of each character.

How to Romance Jack

Jack will be a challenging character to romance due to her dark past as Subject Zero. She is antisocial and borderline psychopathic, so this makes her very difficult to romance out of all the characters for Shepard. She has trust issues and doesn’t understand Shepard’s love interest in her, but with an adequate amount of support, you will eventually win her heart.

Remember that during the early stages of your conversation with Jack, an option for casual sex might appear, but Jack will no longer talk to you if you avail this option. The main romance option with her will be locked out after this. This will also count as cheating on your ME1 love interest except for Miranda or Tail.

After completing Jack and Miranda’s missions, the two of them will have a conflict upon your return to Normandy. Unless and until you have a high enough Paragon or Renegade score, you should not avail any option other than siding with Jack in this situation, or else her romance will be locked out.

How to Romance Ashley Williams

As Shepard works for Cerberus and Ashley works for the Alliance, you will only interact with her once during the end of the Horizon Mission. Therefore, whatever you will say to her during this mission has no substantial impact on your relationship. Once you have returned to the ship, you will receive an email from Ashley for what she said and wish you luck.

How to Romance Miranda Lawson

Miranda is a genetically engineered human who works as a Cerberus Officer. She is self-centered but insecure about the role of her genetic enhancement in her success. Miranda is a cautious character when it comes to romance with Shepard. However, she seems to be interested in Shepard, and the only thing that will help you advance this relationship is constantly flirting and compliments.

Once you are done with both Jack and Miranda’s loyalty missions, you will find them fighting in Normandy. You can either stop the fight if you have enough Paragon or Renegade score or simply side with Miranda to prevent her romance from being locked out.

How to Romance Tali

Tali is a quarian with a weak immune system, so she remains in a protective suit all the time. Any type of physical contact with Tali can be life-threatening for her.

When Tali joins Normandy, you will realize that she has clear feelings for Shepard and is interested in romancing him. However, she is fearful of the fact that Shepard doesn’t feel the same way. If you want to romance Tali, then reassure her by reciprocating her feelings. Make sure to reassure her and work on the relationship to find out what’s under her mask.

Once you have completed Tali and Legion’s missions, you will find both of them fighting over Legion scanning Tali’s information and leaking it to geth. Either resolve this conflict by keeping the loyalties of both crew members, but if that’s not possible, then side with Tali. You can also make up to Tali and regain her loyalty in later conversations.

How to Romance Liara

As mentioned previously, if you Romanced Liara in the original game then you will get to see her again in Lair of the Shadow Broker DLC. This will allow you to strengthen your relationship with her further, or you can also break it off and romance someone else in ME2. You will not gain the Paramour Achievement after this.

Unlike all the characters mentioned above, let’s now talk about the exclusive characters to the female Shepards. Garrus Vakarian is a tough turian soldier who is hard to deal with at first, but you will discover his soft and sensitive side after some time.

After completing his loyalty mission, you can begin to romance Garrus. He might appear uncomfortable at first, but he will become comfortable expressing his emotions after a little time. With persistence, you will be able to get through his rigid walls.

An ex-Alliance soldier, a tough Cerberus Operative who works alongside Miranda Lawson, Jacob is another potential love interest for female Shepards. Jacob will not show any love interest at first, but once you initiate the subject of the relationship, he will start to consider it. You will have to keep talking to Jacob to break his walls and get to know him.

Thane is a complicated character in ME2, he is a Drell assassin, but he is also a very spiritual being. Once you complete his loyalty mission, you will get an opportunity to initiate romance with him. In order to romance him, you need to visit him regularly in his Life Support room and build your relationship. Make sure to give him support and company when he sees you in your quarters.

Kelly is a Yeoman accompanying you in Normandy; she provides the Shepard with all the necessary updates regarding the ship and the monitoring situation with the crew. If you are willing to pursue a relationship with her, you can flirt with her during your meetings, which will eventually allow you to have a private meal with her in your quarters.

Once you reach the suicide mission, pass through the Omega 4 Relay as soon as possible and rescue the crew, or else the Collectors can kill Kelly. If you can rescue Kelly during this risky situation and have no other romances in the game during this point, you will receive a message from Kelly to meet you at a private terminal. Go to the terminal and summon her using the intercom; once she arrives, the events will unfold on their own.

The daughter of Samara, who has been on the run from authorities for ages, possesses a deadly disorder. She can join minds while coupling, killing her partner, and gaining all their information and knowledge through this ability.

You can encounter this character during Samara’s loyalty mission where during a quarrel, if you side with Morinth, her mother is killed, and Morinth replaces her in the crew.

After some time, Morinth will suggest that the Shepard is strong enough to couple with her and survive the coupling, so they should try it to succeed in the final mission. If you decide to go by this plan during the Suicide Mission, both of you will bond, but as a result, Shepard will end up dying a painful death.

The mother of Morinth is an Asari Justicar who has sworn to carry out the Jusicar Code and travels through galaxies while fixing all the wrongdoings. Samara took on this mission to go after her daughter, who misused her powerful disorder and caused a great deal of damage.

During Samara’s loyalty mission, if you manage to survive the seduction of Morinth and defeat her, you will have a chance to romance Samara.

Samara is very committed to the Jusicar Code; therefore, no matter how hard you try to pursue Samara, she will eventually back down and not allow any romantic progress.