Will Mafia 4 Happen? The Whole Story 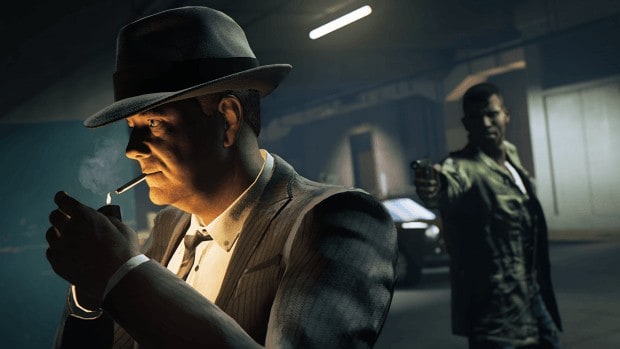 Mafia 3 may not have been a huge success but Mafia 2 will forever be in the hearts of many of the people who played the game. I can still remember meeting people who were absolutely fascinated with the game and played it all through the day. Mafia 4 has been in the rumor mill for a long time and we will be looking at whether or not Mafia 4 will be coming out any soon.

Mafia series has long been acclaimed as being one of the most authentic interpretations of the families that involve around the crime scene in the US, so Mafia 4 is definitely a title that will sell incredibly well if released. So what has been the holdup? Let us go ahead and see!

There were many faults with the third iteration of the Mafia series. Mafia 2 had averaged between 80 and 85 out of 100 in its reviews. However, the Metacritic score for Mafia 3 is a disappointing 68. This can be blamed on many things such as the fact that the game had many bugs upon release.

Despite many of those bugs having been fixed, the first few days of the game are all that anyone remembers, and examples of Battlefield 4 and Battalion 1944, and No Man’s Sky are more than enough to show how a problematic product on release can overshadow all of the subsequent developments.

There were also some good things to come out of the game. Perhaps the biggest achievement of the game was its storyline which was praised by almost everyone.

The subsequent DLCs that were released for the game have also been praised due to them expanding the story of the game. However, the fact that the game was so grindy and repetitive meant that it was a chore to follow through with the narrative of the game.

Overall, there were both positives and negatives that came out of Mafia 3 but the effect that it had on the studio was long lasting.

Why Mafia 4 is not Coming Anytime Soon?

The morale in Hangar 13 after the releases of Mafia 3 was not as optimistic as one would have hoped. The game was still not a bad game by any means but the fact is that the previous game in the series had been so well received by almost everyone that this game had a massive reputation to live up to.

The reviews and the sales of the game meant that the developers were not satisfied with the result, and thus went ahead on working to make it a better game.

After the release of Mafia 3, the team that was working on the OP divided into 2 different teams. One of the teams got to work on fixing the bugs that existed in the game and developing other DLCs for the game.

The second team decided to go ahead and mull over concepts for the next game in the series. This is where the developers decided that they did not want to keep on developing the Mafia IP and instead wanted to work on their own IP.

Soon, the developers were given the go-ahead by the higher ups to abandon developing concepts for Mafia 4 and instead work on their own IP. At this time, they were considering having a fourth Mafia game set up in the 70s in Las Vegas. The players would have been in charge of a family in the sin city and they would have had to manage their very own casino.

At the time when Hangar 13 were given the green light to go through with developing their own IP, the development for Mafia 4 completely stopped.

The team that was working on Mafia 3 still went ahead and tried to do whatever was necessary to fix the last game in the series to a certain extent. However, despite working on the concept of their own IP for almost a year, the developers were unable to come up with anything that was worth working on.

The development of the new IP was continuing but the developers still did not know in which direction they would be pushing the story, and thus this game is still not ready to show anyone either. It is of course, still possible for us to get to see a fourth iteration of the Mafia series after all. However, the fact is that it will not be for a very long time no matter what happens.

Personally, I am very excited to see a new Mafia game whenever that happens. Mafia is by far the only game which has a massive budget and tries to portray the crime culture of the US to a reasonably realistic extent. GTA might be better than Mafia in many ways but looking at it from a pure story perspective, Mafia is one of the best games out there, for what it is.