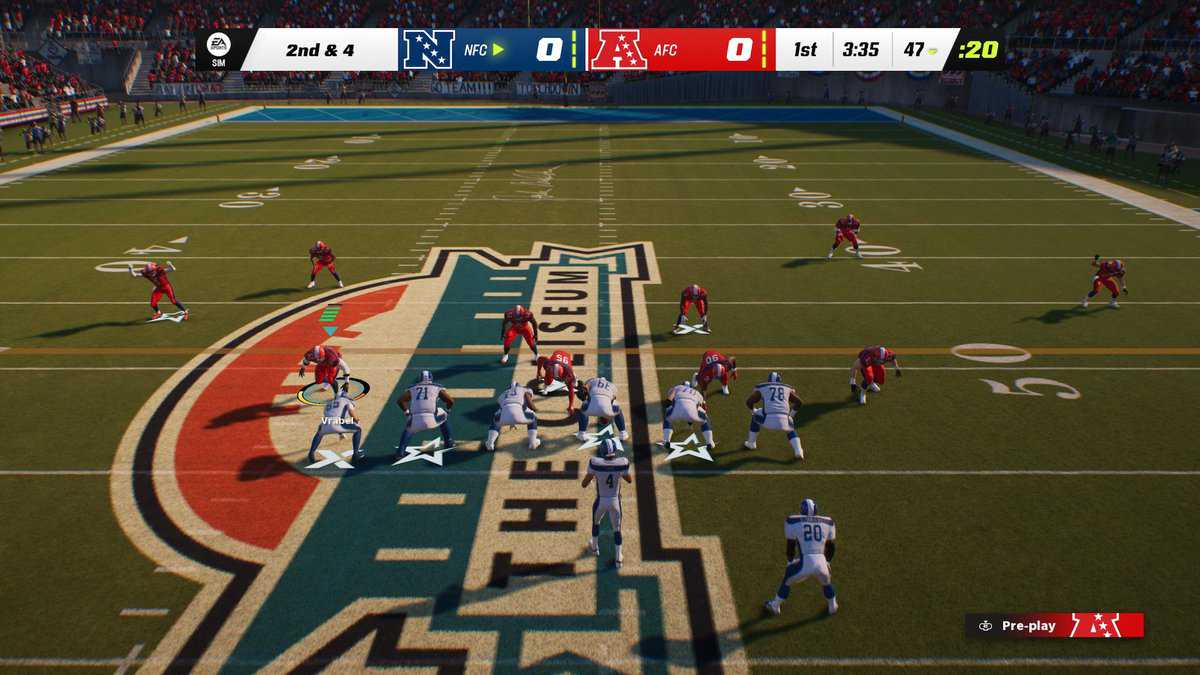 The key to pulling off any victory in Madden 23 is stable team composition. Everything is important, but nothing is more important than wide receivers (WR). They are the backbone of any team and should be chosen with care. This guide will show you which Wide Receivers (WR) are the best in Madden 23.

When looking for Wide Receivers (WR) in Madden NFL 23, two things should be looked for in a player before adding him to your team. The first is that he should be tall enough, and the second is agility because, at the end of the day, this is what will secure you a victory. So, if you’re wondering who the best WR is in Madden 23, then you’re at the right place.

Since there’s a poll of players to choose from, you may be stuck deciding whom to pick. To make things easier, we’ve compiled a list of the best Wide Receivers (WR) in Madden NFL 23.

Randy Moss without a doubt is the premier Wide Receiver in Madden 23. He’s an absolute beast in terms of Wide Receivers, with 87 speed, and is one of the tallest Wide Receivers available. Without this champ, no team would be complete.

Tyreek Hill, being the king that he is, is ranked second on the list of Wide Receivers in Madden 23. He has strong numbers across the board. Although he is short in comparison to others, he got speed on his side, so he will do just fine.

Ceedee Lamb has a lot of speed on his side. Lamb is a quick-witted young man with a towering stature. Lamb has excellent catching stats and is regarded as one of the best Wide Receivers in Madden 23. He would be a part of any team, regardless of its composition.

Marquez Valdez-Scantling (MVS) is an excellent Wide Receiver option and one of the top five available in Madden 23. MVS is not only 6ft 4inches tall and has stable and solid stats, but he is also the most cost-effective player. When it comes to Wide Receiver in Madden 23, he’s the budget beast.

Devonta Smith is another Wide Reciever worth selecting after the top five. His 91 speed and 94 acceleration makes him a great option. Although he is shorter than his predecessor, but he still is a considerable option as a Wide Receiver in Madden 23.

Ja’Marr Chase, with his average height but high speed makes him a worthy Wide Receivers in the game. Not only that, he also has generally favorable stats, making him a good player to be on your team.

Cooper Kupp is undoubtedly a remarkable and well-rounded Wide Receiver in the game, with his stats helping him achieve a high enough spot in this list. However, his performance in the last season snatches the top spots from him.

Corey Davis, would have bee higher up in the list however disappointing 2021 season costs him a point, and his position takes the hit. He still provides a well-polished combination of acceleration, speed and agility, however, his 82 catch rate is what holds him back.

With Dawante Adams, ends the list. He is regarded as a formidable Wide Receiver and is considered one of the best in the game. Added to that, his abilities such as sure hands and deceptive release, help him secure a spot in the list of top 10 wide receivers in Madden23