What Teams Are The Best In Madden 23 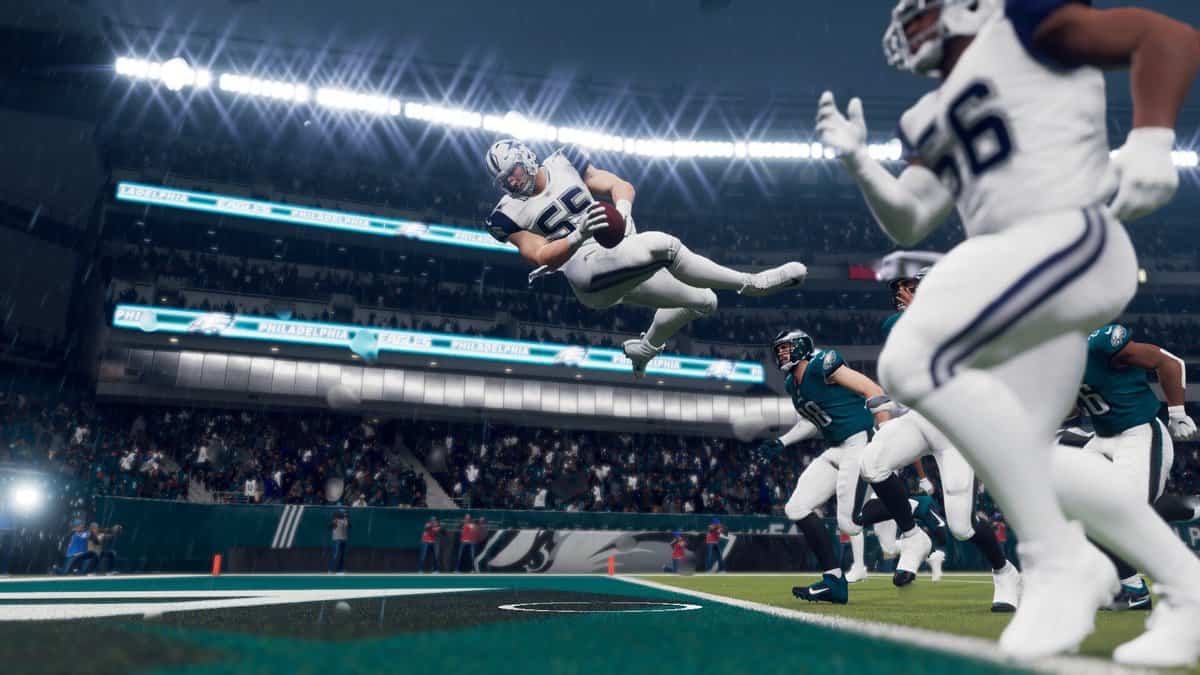 Teamwork is very important in every sport, and that’s what makes any team great. The better the chemistry and skill of the players of a team when playing together, the better the team performs. Of course, some teams are simply better than others, while some teams have a much higher potential to improve and gain the spotlight.

Buccaneers are the top team in Madden NFL 23 right now. The team is led by Tom Brady and that itself is enough about the team for you to know who well it works.

Buccaneers boast one of the best offenses in the game, with Tom Brady, Lavonte David and Mike Evans. Defense is led by Vita Vea and with an overall defense of 93, Buccaneers sure do know how to keep the enemy team from scoring.

The best starting team for the entire game. Buffalo Bills has one of the strongest offenses with Josh Allen and Stefon Diggs, Buffalo Bills have some heavy-heating weapons. With Gabriel Davis, 50-yard touchdowns are just waiting to happen.

Buffalo Bills not only feature strong talents on the field, but also excellent drafts for future picks lined up. The team has little room for growth, but why do you want to grow something that’s already perfect?

With the defensive talents of Aaron Donald, Los Angeles Rams feature one of the few 99-club players, wreaking havoc all over the lines. The Los Angeles Rams is the best pick for wins, even though it does lack any picks to build in draft.

With the addition of Davante Adams, Green Bay Packers are ready to reach for the top this year after the problems of last year. Adams, along with Aaron James and A. J. Dillon will help pick up the slacks of the last season and the defensive capabilities of Jaire Alexander will be beneficial for quarterbacks and against pass rush.

This season, Green Bay Packers are playing to win.

Ravens are back to get to the top once again after the 2021 injury. Lamar Jackson is leading the squad and is backed by J. K Dobbins to help boost Baltimore Ravens’ ratings. Baltimore Ravens also feature Rashod Bateman and Mark Andrews as excellent passing options and an unpassable defense created by Marlon Humphrey.

In general, the team has high growth potential and a high capital allows them to pick up excellent players for the team. With good decisions and strategy, you can keep Baltimore Ravens going on for years to come.

Houston Texans is not the best pick when you are starting the game, however, the team has a very high potential for growth. Though you don’t have any high-tier players as you start off, Houston Texans do get four first-round picks for the next two drafts. You have a huge opportunity to get the best players on your platform to strengthen the team the way you want.

With a huge budget of over $47,000,000, you always the option to pick to your heart’s content. With a few top-tier players and rookies with high potential, you can end up making the strongest team in the entire Super Bowl league.

The Giants is the second-worst team in Madden 23. One of the key causes of the Giants offense’s poor Madden NFL 23 offense rating is Daniel Jones. His overall player rating of barely 70 places him in a tie for 33rd place among quarterbacks.

In addition to this, they have a poor offense rating, which shows just how bad it really is. No defensive or special teams unit had a lower rating than the Giant’s offense.

One of the three poorest clubs in season 22 is Sea Hawks. They lack Russell Wilson as their starting quarterback, which is the major cause. After being traded to Denver Brancos, Sea Hawks are now down to ordinary and ineffective players.

Despite having skilled position players the lack of a quarterback really affects them badly and now they just have Drew Lock and Geno Smith as their top two alternatives at quarterback definitely hurts them.