Gold has a lot of monetary value in Lost Ark. You can buy many things like weapons, upgrades for your builds, and more. To get Gold, you need to complete Una’s Tasks and one such task to earn you money in Lost Ark is Where It Belongs.

How to Get Where It Belongs Quest in Lost Ark

When you reach level 50 and complete the North Burn questline, you get hit by many things at once like Guardian Raids, Chaos Dungeons, the Tower, and the Cube.

Una’s Tasks are a simple way to earn Gold. If you go to the adventure tab at the bottom of the screen and clock on Una’s Tasks. It’s broken into four parts Daily, Weekly, Reputation, and Guild Requests.

Completing the tasks will earn you Una’s Token that can be exchanged later for the Gold. You can complete three daily tasks. Where It Belongs is one of the daily Una’s Tasks.

To accept this task, you need to go adventure tab at the bottom of the screen. In the daily tab, it should be listed as one of the tasks.

The main objective of this quest is to finish the Hoarfrost Robbers who are showing up at the Frozen Harbor and stealing from merchants and residents.

How to Complete Where It Belongs Quest 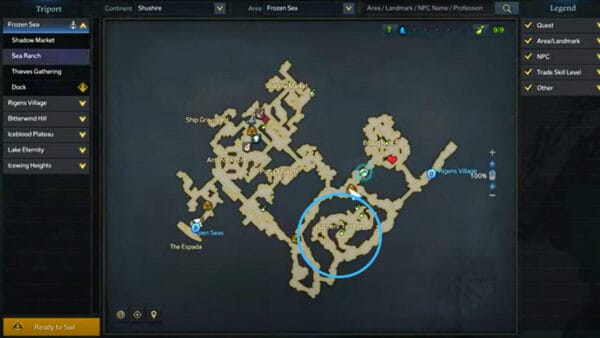 Defeat the Hoarfrost Robbers (1/2)
You need to defeat 50 Hearfrost Robbers at the Sea Ranch and grab their loot. Basically, these mobs are scattered everywhere on the island, and if you have trouble finding the mobs, you need to head toward the northwest part of the island.

Find Dyson (2/2)
After killing the 50 mobs, you need to teleport to Shadow Market. Head down the stairs and towards Ship Graveyard. Head east, and there you will find an NPC character named Dyson standing in front of a vendor.

A pop-up will appear after talking to the character, showing that your Quest is complete. You will be rewarded 1080 Roster XP, and 10 Reputation points. For that little work, rewards are really nice and you should definitely complete these Una’s quests.