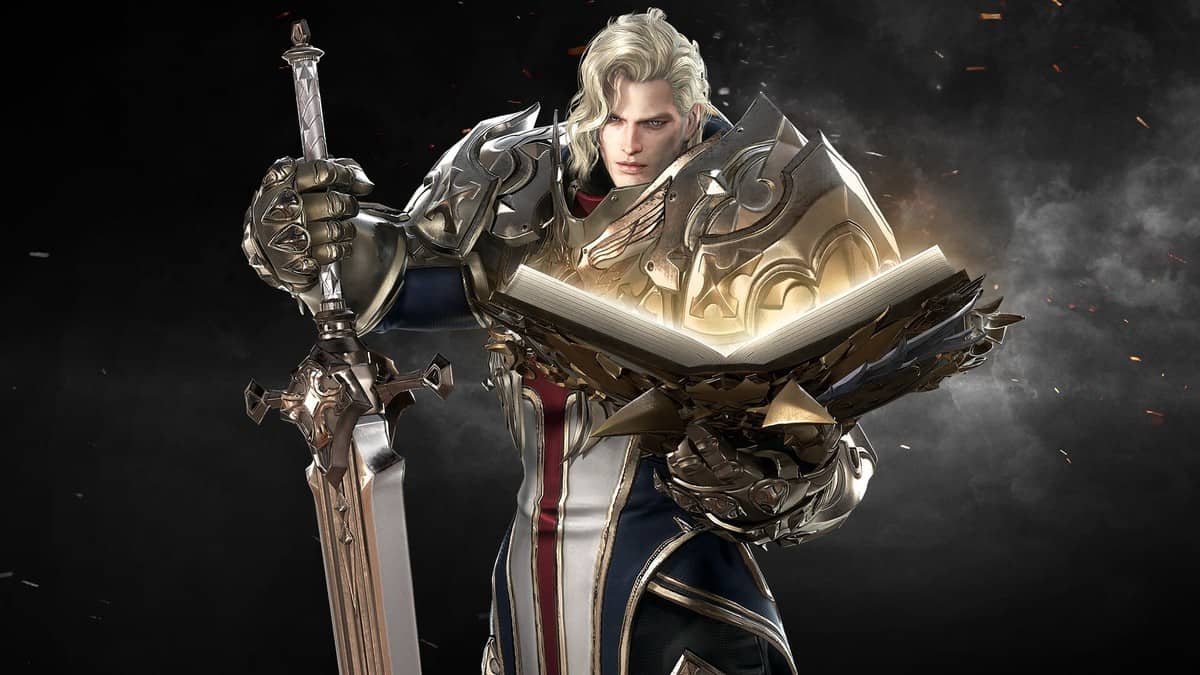 In this guide, we’ll be explaining what the Paladin class is, its skillset, along with some of its build that can be used in PvP and PvE modes in Lost Ark. Paladin is one of the support classes in Lost Ark that can easily be confused with a DPS class.

Even though Paladins have offensive abilities, they’re mostly known for their role as a support. You can always specify your Paladin to serve as a DPS class, but you won’t get anywhere with its damage.

The only other class that lies close to Paladin is Bard. These two are pretty similar support classes. However, Bard has better support abilities, while Paladin has a slightly more damaging offense.

Piety meter is the identity skill for Paladins. It fills up as you use your skills more and more during the battle.

Once the meter has been fully replenished, you can either unleash the Sacred Executioner buff or the Holy Aura buff.

Paladin is a new class introduced to Lost Ark. The developers have taken their time to get this class perfect. Therefore, the class does have some weaknesses, but it still stands out amongst the rest.

Let’s begin by discussing its strengths

Paladin is one of the best support classes available in Lost Ark. If you build it right, Paladin can easily stand out as an MVP.

It provides your team with the much-needed healing powers and helps reduce the damage taken from the enemies. Other than that, it has one of the best Shields available in the game.

Lastly, this class is easier to level up than other similar classes.

Paladin’s biggest weakness happens to be its offense. It has the most damage output amongst other support classes when it comes to damage. However, the damage still doesn’t compare to the damage output from other DPS classes.

Therefore, you cannot build Paladin as a DPS class. Even if you do, you’ll be dealing minimal damage to your enemies. At the same time, it has fewer healing abilities than other support classes.

Paladin’s skill set consists of Punish and Holy skills. Holly skills amongst the two are the support skills and they’ll be the ones you’ll be using more often.

While Paladin tops the charts regarding support abilities, it does have some damaging capabilities, the Punish abilities. They won’t be used unless you’re truly desperate, but they do help replenish the Piety Meter faster.

Flash thrust is a Punish skill that allows you to stab your enemy five times. That is one more than the usual, four times.

The best tripods for this skill are Quick Prep, Chain Attack, and Flash Enhancement.

Charge is one of the sword skills that allows you to dash forward 6 meters before attacking your enemy.

This skill will become available early on in the game, and it can be leveled up with 4 skill points. Your distance will then increase by 3 meters.

The best tripods for this skill are Excellent Mobility and Shining Protection.

Yet another sword skill that helps you send your enemies flying into the air while countering their moves. This skill becomes available at level 24, and you’ll be using it quite often when you have to clear large mobs of enemies.

The best tripods for this skill are Excellent Mobility, Weak Point Enhancement, and Executor’s Strike.

This is the last sword skill available for Paladin, and it unlocks at level 40. It allows you to shoot a beam of light from your sword while attacking the enemies to render additional damage.

The best tripods for this skill are Positioning, Outburst of Light, Release Light.

This skill belongs to the holy skillset and allows you to deliver a shockwave that deals respectable damage to enemies.

The best tripods for this skill are Swift Fingers and Light’s Vestige.

Here we have another holy skill, and it allows you to encapsulate the enemies in a magical circle of light. All enemies present within the circle will receive damage for 2 seconds.

Shield, Wide Angle Attack and Grace are the best tripods for this skill.

This is one of the holy skills that you’ll be using a lot as a Paladin. It deals damage to the enemies using a thunder strike.

It unlocks at level 18 and adds a major chunk to your piety meter upon use. To juice the max potential out of this skill, it’s suggested that you upgrade it to level 10 using 48 skill points.

The best tripods for this skill are Faith and Express Fury.

With this holy skill, Paladin takes help from a guardian angel. Once it’s summoned, it reduces the damage taken by your party members for 8 seconds and inflicts damage to the enemies nearby.

The best tripods for this skill are Faith, Valor, and Absolute Blessing.

This holy skill will generate a dome of light, and every teammate lying within its domain will be healed. The best tripods for this skill are Quick Pace, Purity, and Vow of Light.

This skill allows you to attack an enemy with a finisher move. This attack is more effective when made from behind. The best tripods for this skill are Rune, Strength Release, Light Explosion.

This is one of the sword skills and quite similar to Charge. This skill will help you charge towards your enemy, and when you release the attack key/button, the enemy will witness an upward slash. This skill unlocks at level 20.

The best Tripod for this skill is Quick Pace.

Paladin offers offensive and supportive abilities in Lost Ark. Keeping that in mind, there’re two engravings that you can choose for your Paladin: Blessed Aura and Judgement.

Blessed Aura improves your Holy Aura buff, which adds to your supportive abilities in-game. As a result, you’ll have a higher resistance against damage, and you’ll be able to replenish your teammates’ HP.

Since most of the players will be focusing their Paladin builds towards support, this is a must-have engraving to truly bring out the maximum potential of Paladins.

While Paladin provides great support, it can also land a few blows to the enemies once in a while. Judgment makes sure that those blows are worth your while.

It improves your Punishing skills by increasing the damage output. With Judgement in place, your piety meter will be fully replenished when you make use of your Punishment skills.

Alongside that, the duration of your Sacred Executioner buff will also increase by 100%.

Paladins don’t have very high damaging attacks; hence, you’ll be wasting your energy if you focus on a DPS build.

Below are two builds for PvP and PvE game modes, and they’re both support builds for Paladin.

Our PvP build will give Paladin slightly more offensive capabilities, given that fighting other players is always more challenging. However, it would still be considered a support build.

This PvE build will focus on Paladin’s healing and support abilities. Even though this is not a DPS build, it’ll still have some offensive characteristics.

The Best of Both Worlds Build

This last build of ours will get you through both PvP and PvE game modes and is well suited for players who frequently switch between the two modes.