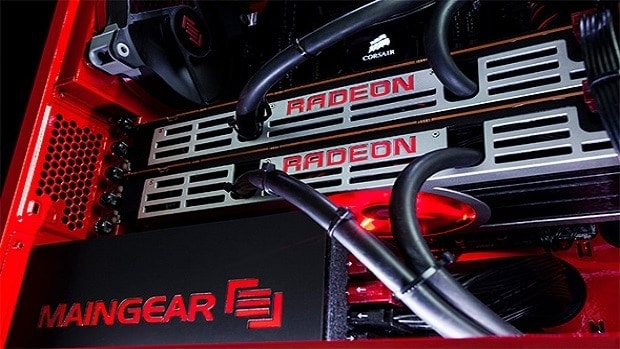 We recently found AMD Vega 10 as well as Polaris 12 code in Linux drivers and now we have found hints of AMD Vega dual-GPU graphics cards in the drivers as well. We have been following leaks regarding AMD Vega for some time now and although it was speculated that there would indeed be a liquid cooled version, we did not see an AMD Vega dual-GPU in the works and this is surprising.

All things considered, this is not the first time that AMD will have pulled something off like this. We have seen dual-GPU graphics cards in the past as well. This is not something new for AMD. Previously we have seen Fiji powered dual GPUs and it will be interesting to see how Vega will build upon that baseline.

We have already spotted 7 IDs in the drivers and adding these 2 makes 9 in total. We have also seen 12 IDs present for Polaris 10 and the same number for Polaris 11 as well. It is important to note that these ID numbers are not indications of the number of Vega GPUs that we will be able to see at launch but it is still interesting information for those that keep track of such things. People like us.

Nvidia has already revealed the first of the Nvidia Volta GPUs at GTC 2017 and AMD will be talking about their roadmaps at their upcoming event as well. Looking at how Nvidia has unveiled Nvidia Volta I think it would be wise for AMD to unveil AMD Vega as well. AMD Vega has been in the works for some time now and it is only a matter of time before the hype dies down.

Let us know what you think about AMD Vega dual-GPU graphics cards.