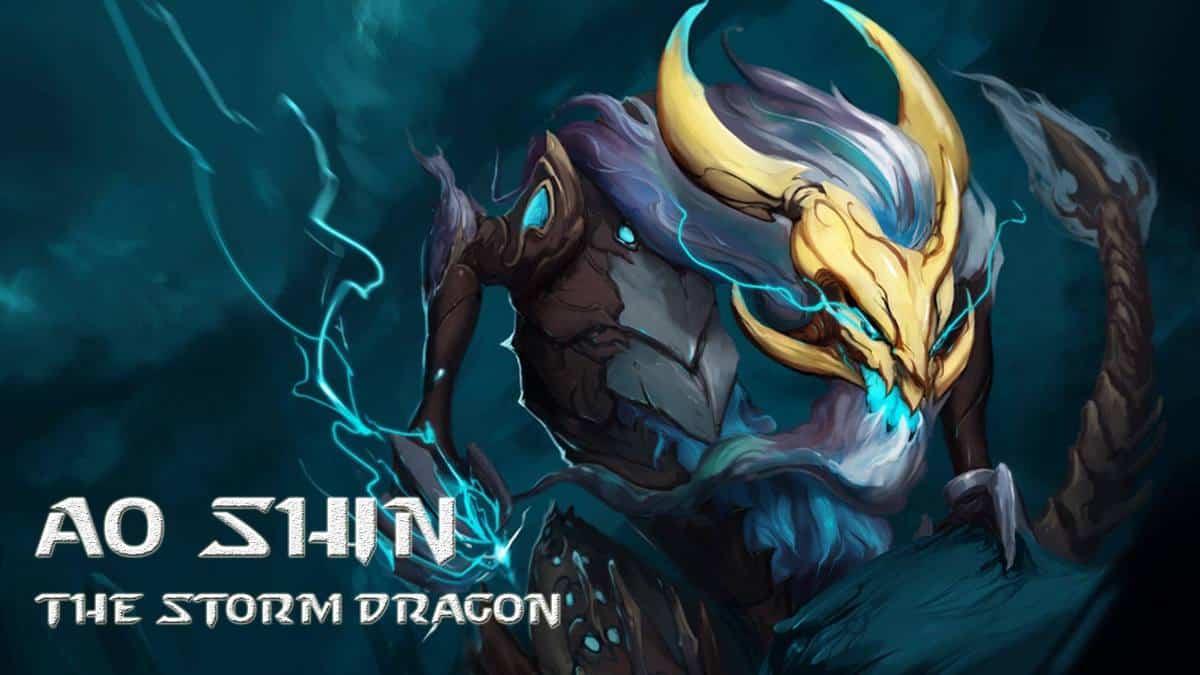 League of Legends, throughout its six years of existence, has managed to paint a rich tapestry of a world despite the simplicity of its gameplay.

The wide and varied backstories of its heroes, from the shining and magnificent Azir to the monstrosities of Kha’Zix and and Vel’Koz, allow players a diverse cast of characters from all walks of life, and some from unlife.

Riot Games recently had what would have been League of Legends new champion in development, the dragon Ao Shin. This mighty gold-and-teal beast would have been a definite change from supernatural figures, inter-dimensional horrors, and magically-empowered heroes. However, Ao Shin appears to have been discarded in favor of a different dragon.

I am speaking of the titular “Badass space dragon.” League of Legends new champion, Aurelion Sol. He’s otherwise known as the Star Forger. His trailer was recently released on the League of Legends YouTube page, and introduced us to Sol in the classic League form: a boast of his abilities, which give us a glimpse of his personality.

Sol’s personality appears to be that of a deluded, would-be god. As he soars through the night sky like a comet, he monologues of how creatures of every world and every galaxy look up at the sky and either worship in awe, or cower in fear.

Sol, however, seems to take a more active approach than other cosmic entities in fiction, who would think of the attention of mortals as either insulting or being beneath their notice. Instead, he finds their fear amusing, which he admits with a chuckle as he appears in person (er, dragon), a star forming in his paw before he crushes it like someone would a fragile drinking glass.

League of Legends new champion seems like a pleasant fellow.

While Sol’s abilities and his actual in-game model have yet to be revealed, it’s likely that he’ll be just one more otherworldly monstrosity that will participate in the League for his own amusement.