Kickstarter and JRPGS: A Match Made in Heaven? 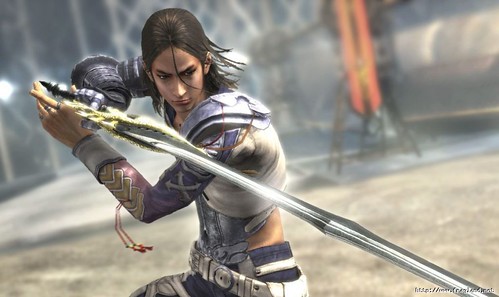 Video games are here to stay! What started as a hobby for just a handful of fans who appreciated a digital interactive experience has morphed itself into a multi-billion-dollar industry. PC games and arcade games in the 80’s laid down much of the groundwork for the arrival of gaming in a big way.

The 90’s was the time when console games helped games reach into the main-stream market. Now as it stands, PC games and games console has ushered in a new era of gaming dominance over movies, TV and dare I say even books (truth be told there still is a huge gulf between those two).

If we take a closer look at this medium, we find that there is one quality that sets itself apart from its competitors: changing trends at a break-neck pace. Every few years a new trend gets introduced that proves beneficial to gaming in general. Let’s take a look at a few trends that have occurred in the last 15 years.

The arrival of 3D gaming due to Super Mario 64 in 1996 changed the entire direction of video games. Cartridge based console games being discarded for CDs and DVDs and later Blue Ray formats. Online gaming took off in a huge way on PC’s back in the early 90’s and then in the late 2000’s on consoles as well.

There are still so many trends I could have mentioned, but you get the picture. Trends come thick and fast in the video gaming industry and its kudos to the game developers and fans who adapt to new ways very readily. So as the current generation consoles are drawing to a close and PC gaming once again had a great time of it, there is yet again a new trend raising its head, which will definitely bring in change.

Better or worse remains to be seen, but it certainly has A LOT of potential, which will bring fans and developers a little closer than before.

Kickstarter. What is Kickstarter you might ask? It’s a business venture by three guys wherein games, movies, books and other sorts are funded by the public. The whole concept follows the crowd funding model where the general public can donate financially for completion of such projects.

In terms of game development this is a huge oil field because Kickstarter takes away the traditional form of investment and hence all restrictions as well. This phenomenon is set to take the game industry by storm in the next couple of years.

Take a gander at the Kickstarter webpage and you will be stunned at how much people have taken to this new trend and are willing to part with their own money to back games and even a new videogame console. The biggest success story right now is that of the new Android based game console Ouya, which has gathered 8 million dollars and now is well on its way for release sometimes next year or so.

The reason Ouya got such support was due to the console itself, a machine that ENCOURAGES gamers to take their machine apart and fiddle with its innards. Many big companies have sounded off in support of it as well.

I am very excited to read what the developers of Ouya are trying to achieve and am surprised how the console and its Kickstarter push has caught everyone off guard, and I suspect this will be a hot talking point in the foreseeable future.

This new trend got me thinking a couple of weeks back, and every time I would get excited at the prospect of what Kickstarter would do to the JRPG market or essentially what it would mean to those companies that translate and publish JRPGs to the English speaking audience.

As a JRPG fan I am very worried because after the golden days of the PS2 era where all sorts of JRPGs would get an English release, the last five years have seen many games being skipped by companies.

Due to the taxing economic conditions these days, such ventures are considered huge risks and many games are passed upon because of that. This is where I think, Kickstarter can act as a great tool and help publishing companies in bring more games in English.

Translating and publishing companies like Atlus, XSeed, NIS America, Rising Star, Aksys Games and Ghostlight can now get the JRPG fans to fund games they want to play in English, those games which are deemed too niche, or too much a financial risk.

Last year, we all saw how Operation Rainfall worked and showed Nintendo the power of the collective and forced them to release 2 of the three awesome JRPGs the fans were clamoring for. Now put this in monetary terms, and you can see where that is going.

I don’t know about anyone else, but I would definitely fund a project if that meant being able to play a game I really want in English. So what games would I want if publishing companies decide to take advantage of the Kickstarter phenomena? Here are my top five picks:

Valkyria Chronicles 3 – PSP – SEGA:
Arguably, the best game of the series incredibly skipped an English release because SEGA had many financial problems at the time and didn’t want to gamble on this game, much to fans dismay. This game would do nicely with a Kickstarter project. I am darn sure many fans will be funding this. I know I will!

Bravely Default: Flying Fairy – 3DS – Square Enix:
I may be jumping the gun here because Square Enix would be mad not to bring this game in English, but funnier things have happened and if by any chance, this game doesn’t come out then Kickstarter has got to be the best option for this gem of a game.

Suikoden: Woven Web of a Century – PSP – Konami:
This series has always been a fan favorite, and its latest game got a PSP release in Japan early this year and by all indications, this game is not being translated. A PSN release would do quite nicely, and many people will be buying this on their PS Vitas, provided this gets the Kickstarter treatment.

Noora and the Time Studio – DS – Atlus:
A game made by Atlus and the team which makes Atelier games, featuring cutesy colorful graphics and a whimsical setting? Sign me up! Although Atlus is trigger happy when it come to publishing such titles, but has surprisingly skipped this one. Nothing Kickstarter can’t fix!

Beyond the Labyrinth – PSP – Konami:
Honestly I got my 3DS the day I saw the Japanese trailer of this beauty, and I was so sure this would get an English release on a (still) JRPG starved 3DS. A year on and still no news about this game which makes my 3DS purchase look stupid. So who do you call? Kickstarter!!

I think I have made my point quite clear about Kickstarter and how this trend can be oh-so beneficial to the JRPG genre. Fingers crossed that some company takes a punt and try to use the Kickstarter trend to good effect. The JRPGs crowd waits patiently!