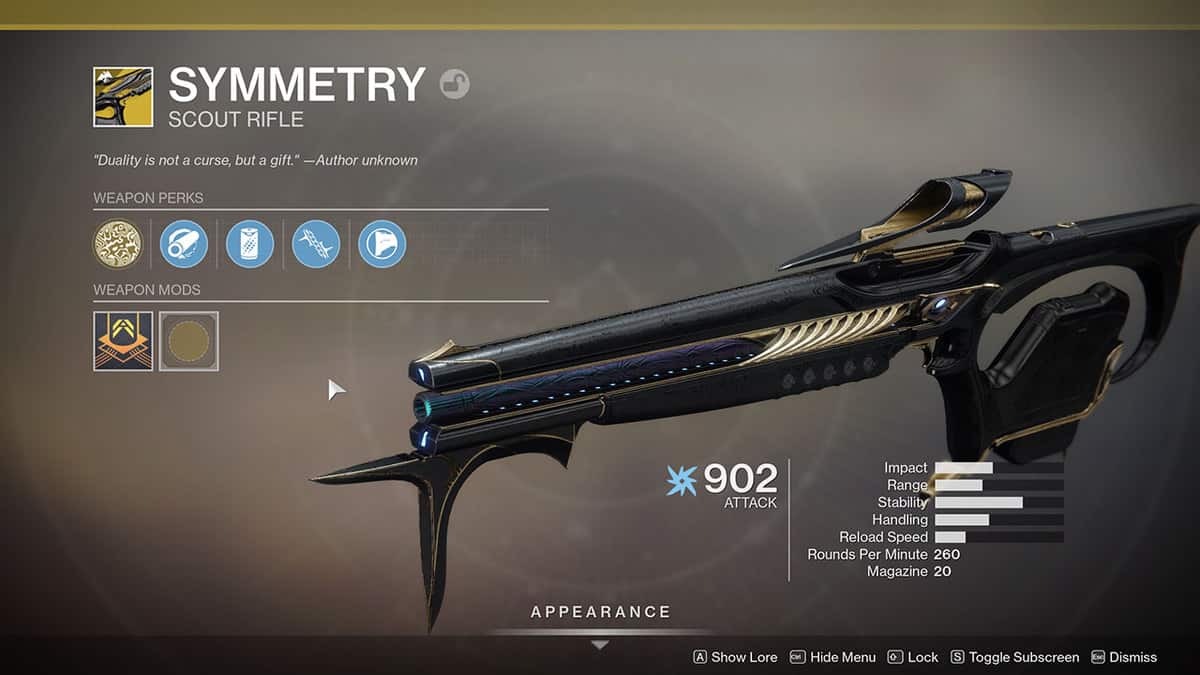 Do you play Destiny 2 as a scout/sniper, if yes, then boy does the new update have a treat for you. Season of Dawn update brings with it a new season and a brand new Exotic Scout rifle, Symmetry, and this guide will explain how to get Symmetry Exotic Scout Rifle in Destiny 2.

Let’s start with why you should get a Symmetry Exotic rifle. On the surface, this is your standard scout rifle, single fire and high damage, just how scout rifles are!

What differentiates it is that it has a better rate of fire than the other scout rifles, meaning you can get your shots out quicker giving you a slightly better chance than other rifles if you miss your shot along with better stability.

The Dynamic Charge trait on Symmetry is what makes it truly stand out. By default, Symmetry can hold up to 15 Dynamic Charges, each increasing its damage per shot. You gain these charges by landing precision shots on your enemies.

If you happen to have the Symmetry Exotic Catalyst, you can increase the number of Dynamic Charges even further thus increasing the potential weapon damage.

So how does one get their hands on the Symmetry Exotic Scout rifle? Well its quite simple really for players who have purchased the season pass, although players who did not buy the Digital Deluxe Version of Shadowkeep will need to grab 1,000 silver to get it, which costs $9.99.

If you don’t have the season pass then getting the weapon will need you to grind through the normal season pass and leveling it up to 35, you can do this by doing various activities, Gambit or Destiny’s PvP (player vs player) arena, the Crucible.

Season of Dawn lasts for 90 days, so hurry up!