How To Defeat The Two-Head Boss In The Callisto Protocol 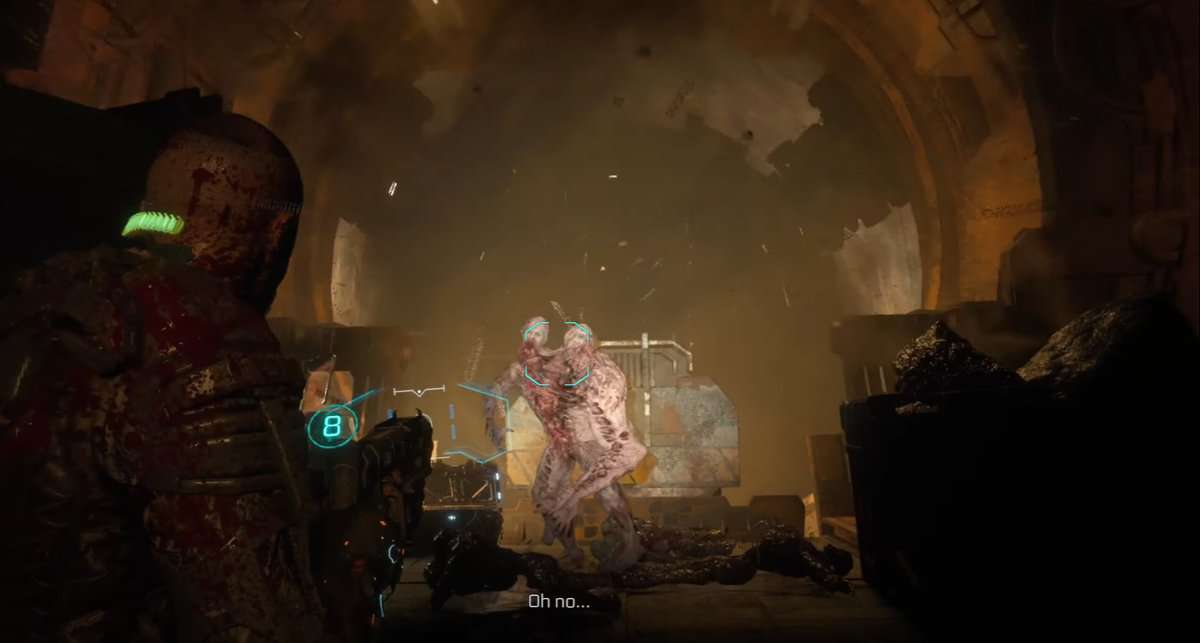 Undoubtedly, the Two-Head boss is one of the more unsettling foes Jacob will encounter in The Callisto Protocol. Not only will this enemy’s entry be unexpected, but it will also be drastically different than the previous strictly stealth section of the game.

In this guide, we will discuss the best way and strategies you can utilize the Two-Head Boss in The Callisto Protocol.

How to defeat Two-Headed boss

Before you can fight the Two-Head boss, Jacob will be required to defeat a bunch of enemies that will be ambushing you from left and right. Equip a good shotgun that deals a high amount of damage, and shoot the enemies, before they get too close.

Added to that, the moment these enemies will mutate the second they hit the ground, so it might get somewhat crowded, but make sure to dodge and avoid getting hit.

After you’ve defeated enough enemies, a checkpoint will be prompted and a cutscene will play, during which the Two-Head boss will make its entry.

Remember, that when the checkpoint is triggered all your stats will be saved, which means if you’re killed and are respawned, you’ll reload with the same stats. Therefore, make sure that you’re not dangerously low on health before this cutscene is triggered.

This part of the battle requires the player to perform a considerable number of perfect dodges, which will provide you the perfect window to land a critical hit. However, if you’re not confident in your ability to dodge, you can just keep your distance from the boss and deal damage to it from a safe distance.

Eventually, after having dealt the monstrosity enough damage, it will tear the more damaged part of its body, which means the battle is almost halfway done. Follow the same strategy as before, until the Two-Head boss collapses onto the ground.