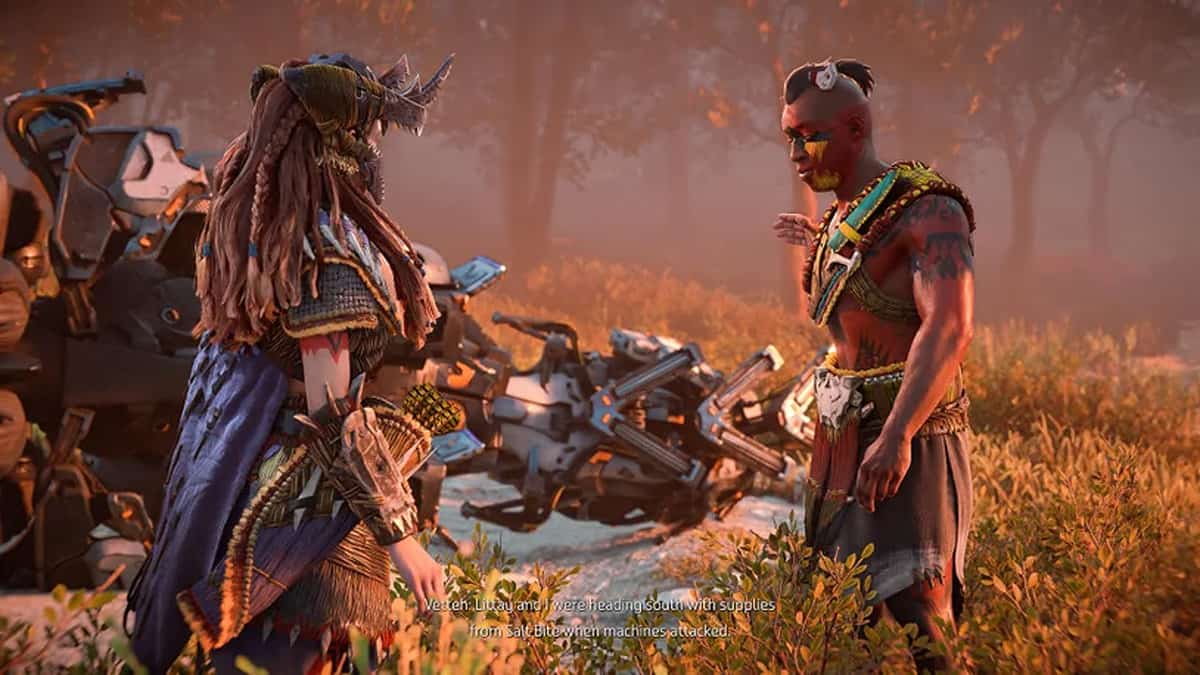 “Supply Drop” is another errand you can complete in Horizon Forbidden West for additional rewards. Here, Aloy will be asked to track down a Tenakth soldier who has gone missing. The search though will pit Aloy against several machines in the way.

The following walkthrough will show you how to unlock and complete the Supply Drop errand in Horizon Forbidden West.

How To Unlock Supply Drop

Vetteh is a Tenakth soldier who can be found outside of Salt Bite, between the Sheerside Climb and the Arena. Speak with him to know about Littay, the missing Tenakth soldier. It turns out that they were ambushed by machines while transporting supplies. Vetteh turned back to rally help, leaving Littay behind against the machines.

This is one of the early-game errands in the game and you only need to be around level 17 to fare the machines.

How To Complete Supply Drop

Start by following the path north until you come across a broken supply sled. This is the one Vetteh and Littay were using to transport supplies when they were attacked.

Right after defeating the machines, an Apex Clawstrider will appear. Apex Clawstrider is a midweight combat machine. It is a variant of the normal Clawstrider and is much more powerful and deals more damage. Shock damage is its weakness however it is strong against Acid and Plasma damage.

The easiest way to defeat Apex Clawstrider is to attack its components. Its components include:

The Apex Clawstrider has a few other attacks including a sonic attack that stuns for a few seconds. The easiest way to defeat Apex Clawstrider is to detach its Razor Tail and keep attacking its components.

After the battle has ended, talk to Littay and Vetteh and they will thank Aloy for her help and this will bring the errand-quest ‘Supply Drop’ to an end.

You will earn 3255 XP and unlock 1x Skill Point after completing the Supply Drop errand in the game.