How To Unlock All Suits In Gotham Knights 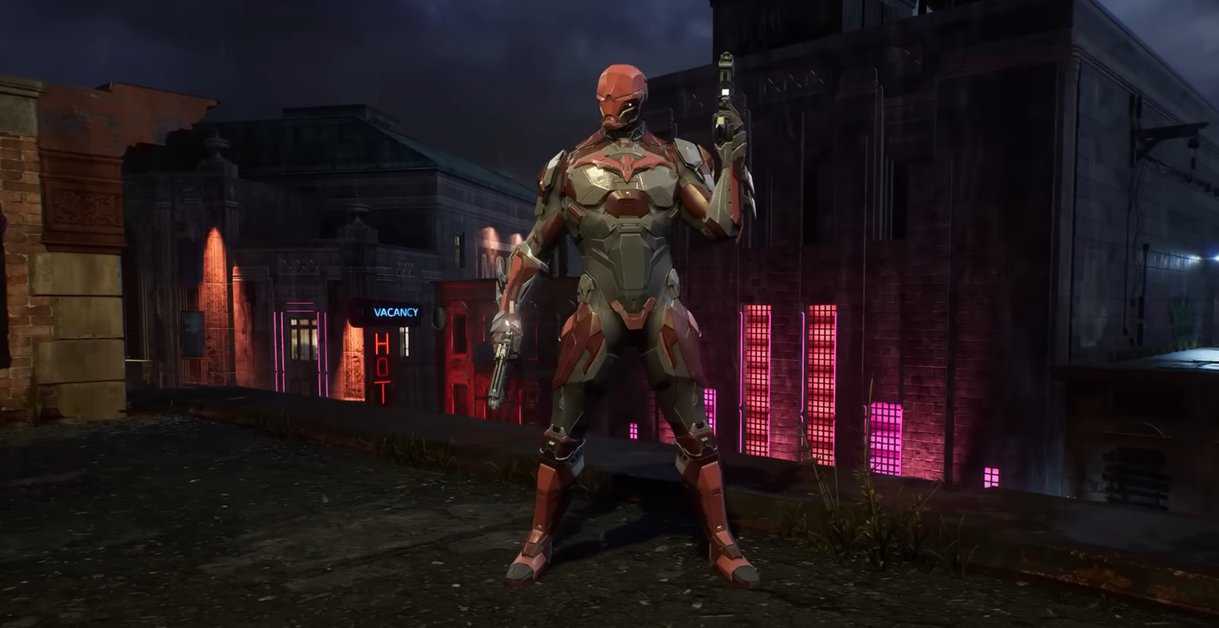 Suits are an ideal way to symbolize your personality and give you better defense in Gotham Knights. You can unlock, craft and customize new and rare suits. Read on to know how to unlock suits in Gotham Knights.

As you progress through the game, you would want to have a more powerful and stylish suit for your hero. And a good suit is necessary for defense as the enemies get stronger too when you progress.

How to unlock all suits in Gotham Knights

There are two ways to unlock new outfits in Gotham Knights.

The first method is to simply progress through the game. Completing different missions, and defeating different bosses will reward you with new and powerful suits.

Completing the storyline and playing challenges will enhance your gameplay and along with suits, your other equipment inventory will expand as well.

However, the game offers another way of getting new suits. You can now craft new outfits in Gotham Knights which is really cool. You can just find your favorite suit and craft it.

Go to the crafting menu and look for the requirements in terms of blueprints and materials to craft that suit. Then you would need to complete different challenges and missions to get those items.

Once you gather all of them, you can craft that suit, and later on, it can be customized too.

You can customize cowls, logos, boots, and gloves. You can change the entire color pattern as well.

Transmog is a mechanism of changing the entire look of one suit into another suit’s style.

To have more options in suit style, you will need to craft more of them. Which means you will have more transmog options.

To customize your suit using transmog, just go to the Batcomputer and select Gear Section and then select Styles. You can change the style of your suit from there.

This will only change the look of your suit, not the stats. Moreover, you won’t be able to customize any individual part of your suit afterward. The transmog just converts the whole suit into another style which is sort of unlike.

So, it is advisable to craft different suits first, legendary ones are preferred. Then look for different styles. If you are lethargic, then just choose transmog to change everything right away, otherwise customizing each part is ideal.

As soon as you start the Gotham Knights, you will get access to the New Guard because it is one of the default styles of suits in the game.  This suit will be used to send heroes on their starting journey.

The name of the heroes is given below

Most of the Gotham Knight’s starting sequence will use New Guard as the promotional suit.  You can also equip the Box Art costume from the start with no additional requirements.

In Gotham Knights, you must have to collect all the blueprints or gear pieces for the Eternal Costume. Once you have all the pieces of the Eternal, this costume will be unlocked.

You also have to unlock Transmog Style by doing the Lucia Fox Mission to be able to use this costume without major differences.

Knight Ops costume has one of the best looks in Gotham and is best for all urban missions. This suit is designed for combat because of its dedicated Gear, Body Armor, and Pouches. You can easily camouflage yourself in this suit due to its dull colors.

To unlock the Knight Ops costume, the players have to collect secret caches during the night patrols. Once you have all the 12 Secret Caches, you will unlock all the 12 Knight Ops outfits.

There is also a maximum limit of one Secret Cache that you can gather in one single night. Each Secret Cache will unlock one of the twelve Knight Ops outfits.

Privateer is an outfit inspired by steampunk that enhances the looks of Gotham. The appearance of this outfit is backed by heavy Overcoats. Although this suit looks like the villain but rather, he is always ready to do good.

To unlock Privateer, you need to craft or collect all the pieces of this suit when you are out on the street of Gotham. Doing so will unlock this Privateer outfit with permanent styles and colors.

Neor Noir is an outfit with a dull and reflective color scheme and is inspired by the Great War era. If you want to dress more from the past and out of the universe, you will like this costume.

To unlock the Neor Noir, you need to collect all the gear pieces from the caches and enemies. After collecting each piece of Neor Noir, your outfit will become more and more unique.

Each hero in Gotham Knights such as Batgirl, Nightwing, Red Hood, and Robin has their own unique powers in their own sense. They may be stronger but none of them will have armor protection like Metal.

Because Metal is bulletproof therefore you can jump into any fight without even thinking twice. To unlock the Metal outfit, you need to collect all the random pieces of gear from drops all over Gotham Knights.

Beyond outfit has some golden hints with a black exterior and is deeply inspired by the animated series known as Batman Beyond. The eyes on this outfit will also glow during the night that has the same Golden color as the symbol on the chest.

You can unlock this outfit if you have purchased the Collector or Deluxe Edition in Gotham Knights.

This costume is designed to be identified by the criminals because of the bold color choice all throughout the outfit. It also has a couple of armor pieces built in to protect you during the fights.

Year One is one of the outfits that feel very less like a hero because of the simple choice of the pieces from a clothing store. It is much more of an informal outfit than a suit. Although you will have the choice to change the colors if you want to.

To unlock the Year One outfit, you need to collect all the Batarangs pieces dropped by Batman in Gotham Knights. Batman has plenty of Batarangs in his possession and you will easily find all of them.

The Talon outfit is one of the deeply crafted outfits because of the heavy armor detail of feathers and Talon. The inspiration for this outfit is taken from the Talon Assassin in Courts of Owls.

To unlock the Talon outfit, you need to scan all five of the Murals in Gotham Knights. The location of these Murals will be provided in the mission assigned by Alfred.

The Demon outfit has many straps and masks that show a lot of detail and sharpness. The inspiration for this outfit is taken from the Japanese Culture same as they took in the Shinobi Suit.

You can use this outfit after unlocking each gear piece by crafting the same style of the suit. This outfit can definitely be used for the League of Shadows.

This outfit has a lot of influence from Japanese culture same as the Demon outfit. Due to this reason, Shinobi became an ideal choice for almost all the heroes of Gotham. After wearing this costume in combat, you will feel more powerful and respectful.

You will not be able to unlock this outfit early in the game. You must wait until Case 6 which comes nearly at the end of the game. Within case 6, you will get the option to collect gears for the Shinobi.

If you want to look exactly like Batman, the Knighthood outfit is the best choice for you. The exterior of this costume has a deep black coating with the mask being red in color. Knighthood is a tribute to Batman after his death in Gotham Knights.

Because this suit is made after evolution therefore you need to wait until the end of the story mode. You can only unlock Knighthood after you will complete all of the Game Story Mode.

While designing this suit, the game developers took a different approach far from the DC Comin books. They presented the Legendary Jim Lee with a task to make a costume from a blank slate.

He designed this outfit with bright colors in the mind and portrayed the same picture he did in all his pages from the past. To unlock Knightwatch, you need to purchase the Deluxe and Collector Edition of Gotham Knights.