How To Build/Use Spartan Rage In God Of War: Ragnarok 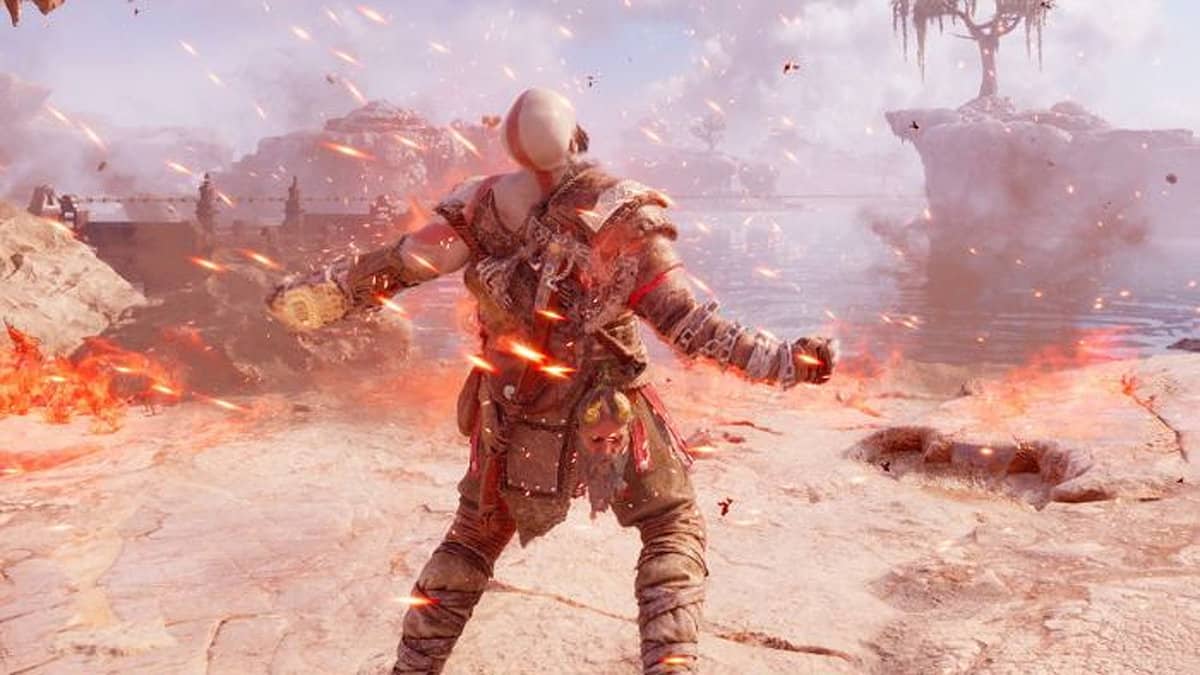 Spartan Rage is a powerful ability that makes Kratos enter an enraged mode in God of War: Ragnarok. During this enraged state, Kratos becomes angrier than usual, throwing away his weapons to pummel enemies with his bare fists.

Spartan Rage does massive damage to enemies. Kratos is also able to attack faster and becomes immune to all incoming damage, at least while Spartan Rage last.

Since this ability is so powerful, you have to first build up its meter. You can also only use it for a brief time. Hence, save it for a boss fight or a situation where you are all out of options.

The following guide will tell you how to build and use Spartan Rage in God of War: Ragnarok.

How to build Spartan Rage in Ragnarok

The Spartan Rage meter appears right below your health bear as an orange bar. Every time you attack an enemy, the Rage meter fills up a little.

These include all types of attacks such as melee and ranged, as well as your runic attacks, shield parries, and shield bashes. However, take note that attacks from Atreus will not contribute to your Spartan Rage meter.

The Spartan Rage bar is also filled when you receive damage from the enemy. The stronger the attack you receive, the greater the amount of Rage build-up. This increase is further enhanced under status effects like shock or poisoning.

This isn’t a reliable way to fill your rage bar though, it only provides you a way to deliver a counter-offensive when on the brink of death.

Some gear items can deliver a Rage Burst which instantly progresses some portion of the Rage bar.

Another way to fill your Rage Meter is to acquire Red Rage stones. These can be collected either from enemy drops or outside of the combat phase.

Lastly, visiting and interacting with a Mystic Gateway will completely fill the Rage bar. This is especially useful when entering a difficult battle.

How to use Spartan Rage in Ragnarok

Now once the Rage Bar is filled you can enter Spartan Rage mode by pressing L3 + R3. All nearby enemies will feel the shock and tremors of you entering a god-like state.

You can now deal excessive damage using your bare knuckles, staggering enemies with every hit, without being dealt any damage. However, the hits you take will deplete your rage bar progression.

The following attacks can be used in the Spartan Rage mode.

R2 launches multiple punch strikes which can be used to deliver chain attacks for small bursts.

Holding R2 allows you to crouch and collect power for a strike. It will also drag enemies closer so that when you let go, a slam attack is dealt to all of them.

L1 has you do a charge-and-slam attack on an enemy straight ahead. Regular enemies will be used as battering rams to take down other enemies.

L2 sees you grab and launch a piece of rock and hurl it toward the enemy, especially ranged targets.

God of War: Ragnarok features three different types of Spartan Rages. You will not have access to all of them at the start. You will only be able to unlock them over the course of your progression.

Fury:
The regular type of Spartan Rage with the capability of dealing high damage through a variety of different attacks. Every attack will also heal some portion of your Health bar.

Valor:
If you are looking to get a burst of health regeneration, this Spartan Rage type is the way to go.

This is used right before you are dealt a strike, so it shocks the enemy, provides a health burst, and damage increase for a short while.

Wrath:
This Spartan Rage mode exchanges a significant portion of your Rage meter for a strong single-target attack. You will be attacking with your equipped weapon though and will receive some healing when the targeted enemy has died. The attack also receives a boost with the weapon effects.