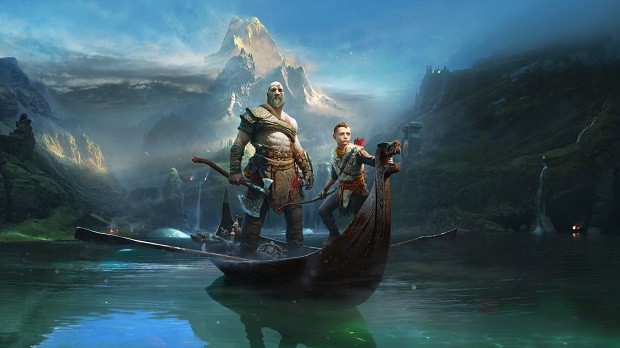 While we are still two weeks away from the most hyped PS4 release, God Of War. You might be surprised by what we are about to tell you. Apparently, somehow a God Of War PS4 Retail Copy has been leaked and seems like those who have it are enjoying the game 2 weeks before they actually would have.

We came to know about this leak through Reddit, a user who goes by the name “kemar7856” has been courteous enough to share the images of the God Of War PS4 retail copy.

This is certainly not the first time nor it is the first game that has had its retail copy leaked before the actual release date.

In the past, we have had God Of War 3 go through the same trouble. Such an anticipated product was bound to face such issues. This also means that potential spoilers could be posted online so until release date comes, watch out for spoilers.

The hype of God Of War PS4 has been an all-time high, there have been tons of gameplay, cinematic as well as story trailers from time to time.

Even without the release, there has been so much to hang on to, for the fans that the water was up to the brim.

Now with this retail copy leak, people are very much excited, of course, those who have the retail copy. While they are excited they are also posting images on the internet as we speak.

That said, we now have confirmation of the game size and it’s a massive 50 GB. So that does place some rumors to somewhat being true.

Now what we would recommend you guys is to stay away from any God Of War PS4 news for now, especially on youtube watch those recommended videos as there are going to be tons of spoilers coming your way.