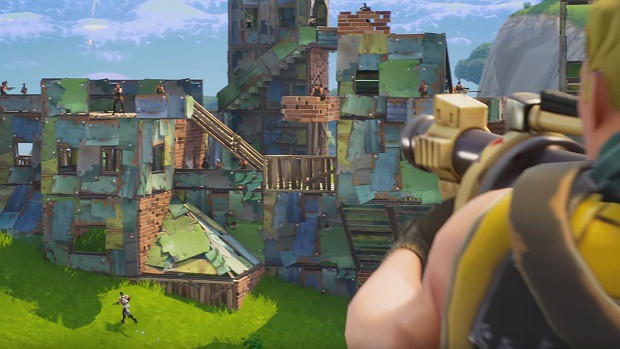 Well, its no surprise, Fortnite just surpassed 3.4 million concurrent players this past weekend. Epic Games have complete faith that Fortnite Battle Royale will become the leading game in its genre in the western world.

Just last month in an interview with the system designer Eric Williamson announced that Fortnite hit up with 40 million players across the world and with that, it also mustered over 2 million concurrent players. It has only been a month and the game has crossed a 3.4 million mark with its concurrent players.

Keeping the success of the game in perspective, Fortnite didn’t quite hold up so well with the 3 million strong crowd. With the game having such a huge amount that the servers buckled under the traffic load that caused Epic Games to publish a detailed post Postmortem regarding the outages and how it plans to combat what it has faced in the past as well.

You can lay your hands on the details of the postmortem as well if you wish to know how it has happened, what is the technical reason for it and how the company plans to combat this issue so it may not occur in future.

If we compare the two there are a few differences that can be noticed, the price difference and the platform difference. These two are the most important things that contribute towards the progression of the game. Epic Games does consider the game Fortnite to be one of the biggest Battle Royale game in the western world but when we talk about Battle Royale Globally then PUBG hits up to the mark.

Fortnite: Battle Royale is now free to play and is available on PS4, Xbox One, and PC.