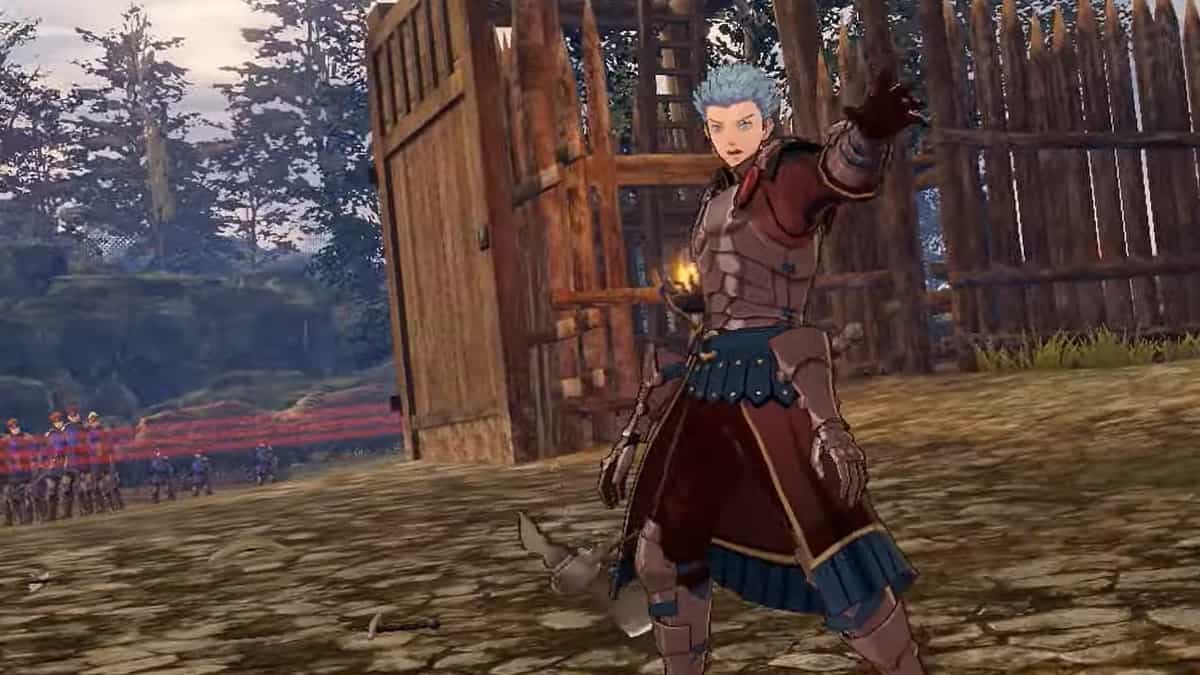 Caspar is also another member of Scarlet Blaze in Fire Emblem Warriors: Three Hopes. He excels in using axes and other heavy weapons to smash through most enemy defenses.

The following guide will walk you through all there is to know about Caspar in Fire Emblem: Warriors: Three Hopes, including how to recruit him and his abilities and combos.

How To Recruit Caspar

Caspar can be recruited during “The Enbarr Incident” of “The Shadows of Adrestia” section in Chapter 3 if you took the Scarlet Blaze route.

When you are prompted to choose a branching story path, choose “Complete Reversal of Fortune” in the battle stage. You, however, should have picked Black Eagles as your allies back in Chapter 1.

The best class for Caspar is Brigand which provides access to a powerful axe and the class is extremely proficient in fast and powerful attacks. The class is strong against lances. The best part about brigand is that landing any attack will fill your gauge so you can use the class ability.

Lance Buster Lv 2
This increases damage against Lance wielders by 85%.

Warrior’s Wisdom
This gives Brigand classes a greater chance to get Stun Guage.

Warrior’s Ploy
This reduces enemy defense stats depending on the number of bars filled by Brigand classes.

One for the Books
This action-type ability allows you to charge your strong attacks to increase range and damage by one tier.

Fists of Justice
This support-type ability increases your damage to enemy Stun Gauges.

Born Fighter
This tactical-type ability increases damage by 30% when ordered to seize.

How To Use Caspar

Caspar excels in the use of axes and gauntlets. He has passable basic attributes across the board but is severely hampered by his base speed which is tied for the slowest start in the game alongside Raphael.

This, paired with his barely acceptable Speed growth of 45 percent, means he will trail behind most of your troops for the duration of the game.

Caspar has one of the highest health pools in the game. You can make great use of that by using his decent attacks and dexterity to smash through most enemy lines.