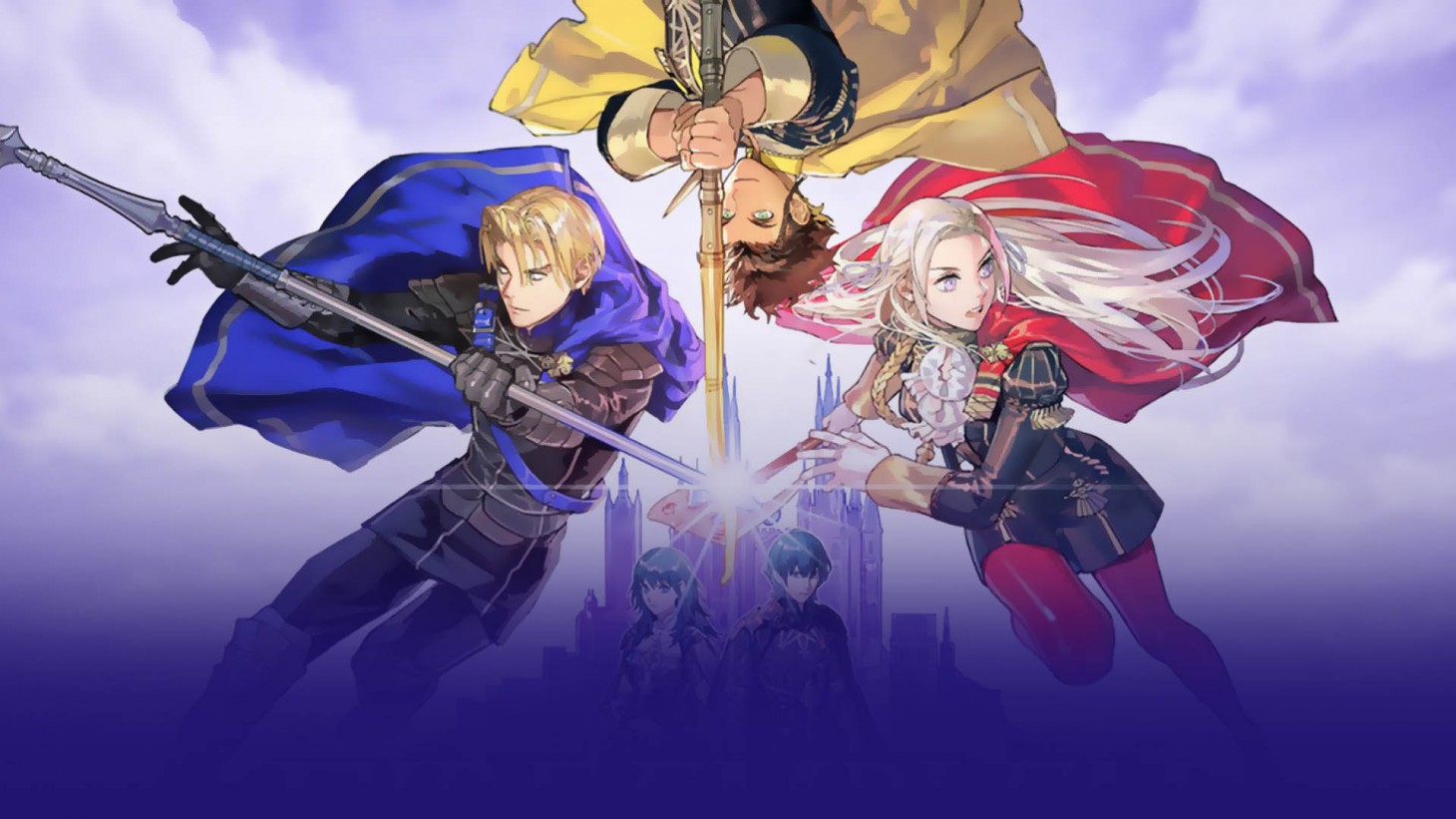 The Fire Emblem series is well known for three things I reckon. Their political themes, memorable characters, and turn-based combat. As someone who hasn’t played a Fire Emblem game before, this was a new experience for me. As such, I’ll be judging this game completely on its own without any comparison to previous titles. That should be the best way for me to approach it objectively as well I think. Let’s begin: 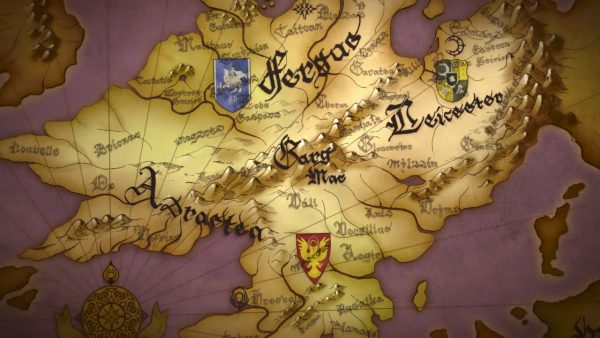 Fire Emblem Three Houses takes place in the continent of Fodlan. As the name of the game suggests, the kingdom is divided into three main sections. To the South and Western portion of the continent, we have the Adrestian Empire. Up there in the North is the Holy Kingdom of Faerghus. Finally to the East, we have the Leicester Alliance. The center of the continent houses the Garegg monastery, which houses the officer’s academy.

The officer’s academy is where the game takes place. Players may choose their name and gender but they have the name Byleth as a surname. Sort of like how Shepherd worked in the Mass Effect trilogy. Byleth is offered a position as a teacher at the officer’s academy. The players are allowed the choice to pick which house they would like to teach. Each House is actually a representation of one of the three nations around the continent. Each house also has a respective heir of each nation that you will be entasked with teaching. The houses to pick from are the Black Eagles, Blue Lions or Golden Deer. Each house is also represented by a style of combat, such as axes in the Eagles or bows and arrows in the Deer. The three heirs of the kingdoms included as students in your classes are also Edelgard, Dimitri, and Claude respectively.

Although the three nations are at peace currently, they are unknowingly circling the brink of war itself. Your choices in which house you teach is the main thing that determines the narrative of what happens next. As well as who survives by the end of it. 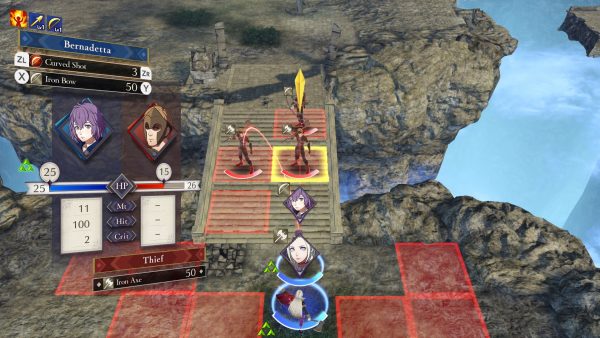 Fire Emblem Three Houses starts with the selection process of where you’d like to teach. That choice is made between the Black Eagles, Blue Lions or Golden Deer. Each House has a different narrative story from the other. This adds a layer of replayability to the game since each house has a completely different storyline. The game can take a whopping 80 hours to fully complete if you intend to go through all the house storylines.

After picking which house to teach, the game is divided into two parts. One part is focused on the school system itself and the routines that follow. As you can imagine, this segment of the game is really easy going. It’s also the portion to make your first impression on your students and your class basically. Fire Emblem Three Houses has a social link mechanic, much similar to the Persona or Attack On Titan games.

The way it works is through a mechanic called support actions where your dialogue choices determine what kind of relationship you build with a character. Each rise in the social rank with somebody leads to perks developing and them being more beneficial to have in your party. To top it off, there’s also a marrying mechanic at the end of a timeskip.

The second portion of the game is after a set time period, and focuses more on battles and the fires of war building up. This is where Fire Emblem fans should feel more homely since it pits you against strategic puzzles in the form of high stakes battles. If you play Fire Emblem Three Houses in classic mode, there’s also a permadeath feature. This means that any member of your party that falls in battle will permanently die. As such, you will also lose any social ranking benefits you made with them.

The battle gameplay functions in an Isometric turn-based style RPG. You get to modify the classes and fighting styles of your units with how much you help them gain experience. Whether it’s through battle, teaching or field exercises and other curriculum.

Another ability you have is the Divine Pulse ability. The Divine Pulse is a unique trait Byleth has where they can undo a turn action. Basically it’s like turning back time to correct a mistake and even prevent a death. It can be done a max of three times per battle so remember to use it sparingly. Often a times, it’s the best way to get through a puzzle. Sometimes, battles aren’t about just executing the weakest enemies, something I learned the hard way.

Each storyline event that pushes the narrative further has a “calendar” timestamp. In the days between the events in the calendar, you can take part in a lot of social hub activities. I’d definitely advise spending as much time in these calendar events as possible. They can be very immersive and actually help you develop attachments to your characters and students.

As a little piece of advice from me, if you’re new to Fire Emblem, don’t start with Classic Mode. My stubborn ass did and I was probably one of the worst teachers for how many students I had die in the stupidest ways imagineable. Don’t make the same mistakes I did. 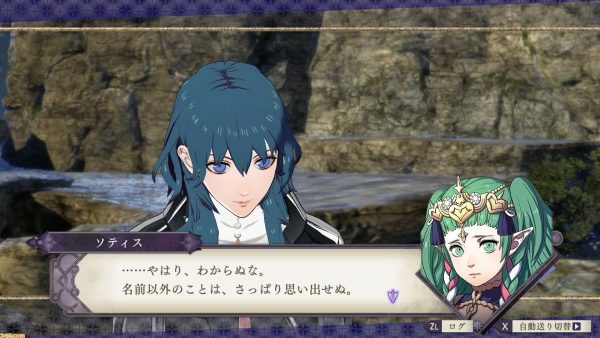 As a fan of Persona 3, I do adore the visuals and art style of Fire Emblem Three Houses. In no way am I saying one copied the other, inb4 fans come screaming Emblem did it first. All I’m saying is that my familiarity with one induced fondness of the other as well.

I will admit that the visuals in gameplay during combat are a bit of an eyesore for me when too much stuff gets on screen. That’s just an issue with me personally though, since I often find it hard to immerse myself in an isometric turn-based perspective.

The interactions with characters personally are when I really felt the art style shone through for me. I loved the little facial pop ups complimented with dialogue every now and then.

Overall, it’s definitely a good pick for turn-based RPG fans. Fire Emblem Three Houses also does a good job of really making you part of the story. Especially when your students’ lives are actually at stake in the classic mode of the game.