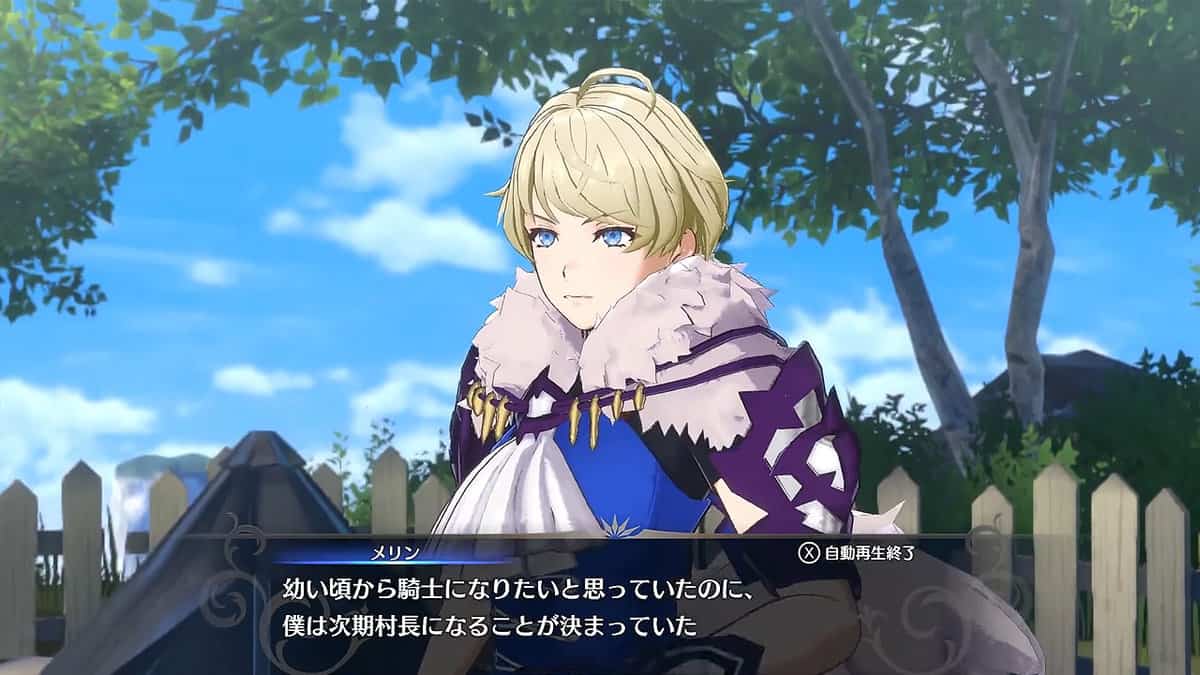 Merrin is one of the Solm characters that you will come across in Fire Emblem Engage. Being a royal knight, she serves her duty as the protector of Princess Timerra and is seen accompanying her all the time.

She belongs to the Wolf knight class, and you will encounter her along with the princess in Chap 13 where she can be automatically recruited in your party.

In this guide, we will assist you in introducing Merrin to FE Engage, help you in recruiting her into your party and provide a detailed outlook on her skills and abilities.

How to recruit Merrin in Fire Emblem Engage

When you begin Chapter 13: Heroes of the Oasis, Merrin will be made available to add to your party, so you don’t need to get formally acquainted with her.

At that time, you will be playing as Alear and will come across the Solm Palace at the beginning of this chapter. As you proceed to meet the princess you will find Merrin and the princess in a dual with the monsters led by Tetchie and Totchie.

Before beginning the chapter battle, Merrin will be added to your ranks, and you can therefore recruit her into your party.

Merrin’s starting class in FE engage is Wolf Knight and this is also considered her best class. In terms of weapon proficiency, her latent abilities while using the sword are considered tier B and tier A for Knife.

In her best class she can utilize the advantage of skill abilities like Hobble, when a unit is engaged in combat with knives, Merrin can inflict  -2 Mov on the opponent for a single turn.

Being the princess’s retainer, she has a soft side when it comes to adoring animals. Merrin’s personal skills include “Knightly Escort” which benefits the female allies that are within her range being 2 spaces. This allows her to add +5 Avo/ Hit to not only the unit itself but also the female allies with her as well.

Every character that you will encounter in Fire Emblem Engage will have personality traits that you can appease by offering them the gifts that they like.

For Merrin you can gift her with the items she likes, and this will eventually increase the friendship bond between you and her. These include:

To gift her the items listed above you need to first start a conversation with her and then offer her the item which she will accept and this in turn will boost the bond between you two.

In terms of the best emblems for Merrin, you can go with Corrin, Lyn, and Eirika.

All three of these emblems are a great match in terms of support for Merrin as she engages her foes.

Corrin Torrential Roar can allow her to consecutively deal damage to 3 spaces and this converts the spaces to the water terrain. Moreover, Merrin can also benefit from her Dreadful Aura as well which halts the opponent’s movement that comes in her range for 1 turn and also results in -20 Avo on target.

Lyn can support Merrin by using her engage skill “Call Doubles” which can confuse the opponent by fooling them with illusion. This gives Merrin the opening for her attack on her foe.

Lastly, Eirika can assist Merrin by using the “Twin Strike” to deal +50% damage using the lance attack from Ephraim and this can benefit Merrin in dealing with her foes.

As Merrin belongs to the Wolf Knight class her starting stats include:

Merrin performs her duty as the Princess’s bodyguard. She cares for animals and in terms of rating, she is considered a B class which means she is also an average unit.

However, if you include her in your party unit, her stats growth can merit its benefits as they can significantly improve her abilities. These include: