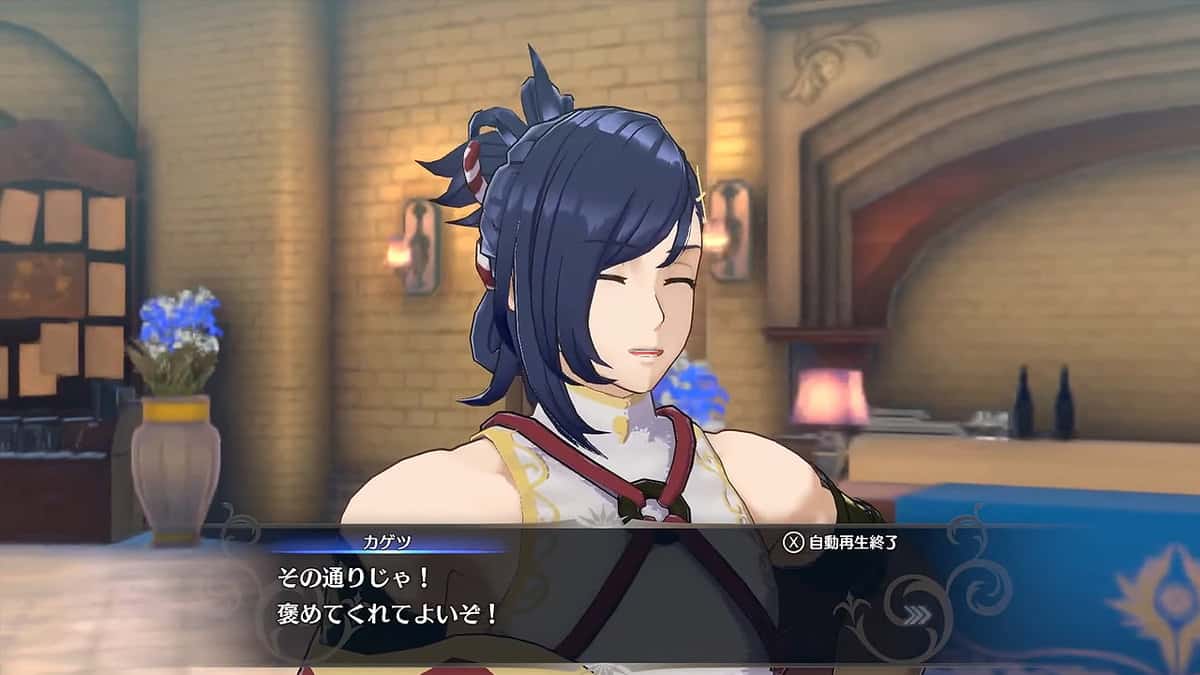 Kagetsu is the bodyguard for princess Hortensia who serves his position at Elusia, but he is not from Elusia himself. He is mostly seen accompanying the princess and you will come across him in Chapter 11, after which you can recruit him to your team.

The following guide will tell you all about Kagetsu, how to recruit her, what her best class and skills are, her favorite gifts, and more.

How to recruit Kagetsu in Fire Emblem Engage

You will encounter Kagetsu during Chapter 11: Retreat. Kagetsu will be recruited by you in the second half of the battle when you reach the stage’s escape tile.

During the latter half of the battle, Ivy, Zelkov, and Kagetsu will intercede and help you in the retreat. So there, you can recruit Kagetsu and the rest of your party to fend off your foes and fall back in  FE Engage.

Kagetsu starting class in FE Engage is Swordmaster and this is also considered his best class along with Paladin as well.

As he serves as a backup unit when you are facing your foes. In his class as Swordmaster, his proficiency with the sword is considered highly as S tier. He utilizes abilities like “Run through” to capitalize on his dexterity and deliver critical hits on the adjacent foe while moving to the space opposite to the opponent as well.

Apart from this, he makes use of the Paladin class in which he holds A-tier proficiency while using the lance. This enables Kagetsu to use abilities like  “Pivot” through which he can reposition himself on the opposite side of the adjacent ally to better capitalize on his attacks.

Out of both these classes the Swordmaster class is considered best for Kagetsu since he can deliver critical attacks on his opponents.

Kagetsu doesn’t hesitate to speak and stand against wrongdoings and this highlights his character as both a knight and a retainer. In terms of personal skills, he uses “Blinding Flash” which can be beneficial for your unit when you are engaging enemies.

This personal skill enables the unit to inflict -10 Avo on the opponent but the condition for that is that the unit must be the one to start the combat against the opponent first.

Every character that you will encounter in Fire Emblem Engage will have personality traits that you can appease by offering them gifts of their liking.

To gift her the items listed above you need to first start a conversation with her and then offer her the item which she will accept and this in turn will boost the bond between you two.

The best emblems for Kagetsu are Lyn and Marth.

Both of these emblems are a great match in terms of support for Kagetsu as she engages her foes. Lyn can support Kagetsu by using her engage skill “Call Doubles” which can confuse the opponent by fooling them with illusion. This gives Kagetsu the opening to deal critical damage to her foe.

Marth is also the best option in terms of support for Kagetsu since he can use “Lodestar Rush” to instigate 7 sword attacks which can result in 30 % damage to the adjacent foe and benefit Kagetsu in his Blinding flash attack as well.

Being the royal retainer, the base class of Kagetsu is Swordmaster therefore her starting stats include:

Kagetsu utilizes her dexterity and speed to capitalize on her attacks and these help her to eliminate her foes with ease. She is an excellent addition to your unit should you decide to recruit her to your party.

If you are interested in adding Kagetsu to your party, then we have also prepared her growth stats as well. These include: