FIFA 23: How To Score Power Shot and Turn Off Zoom 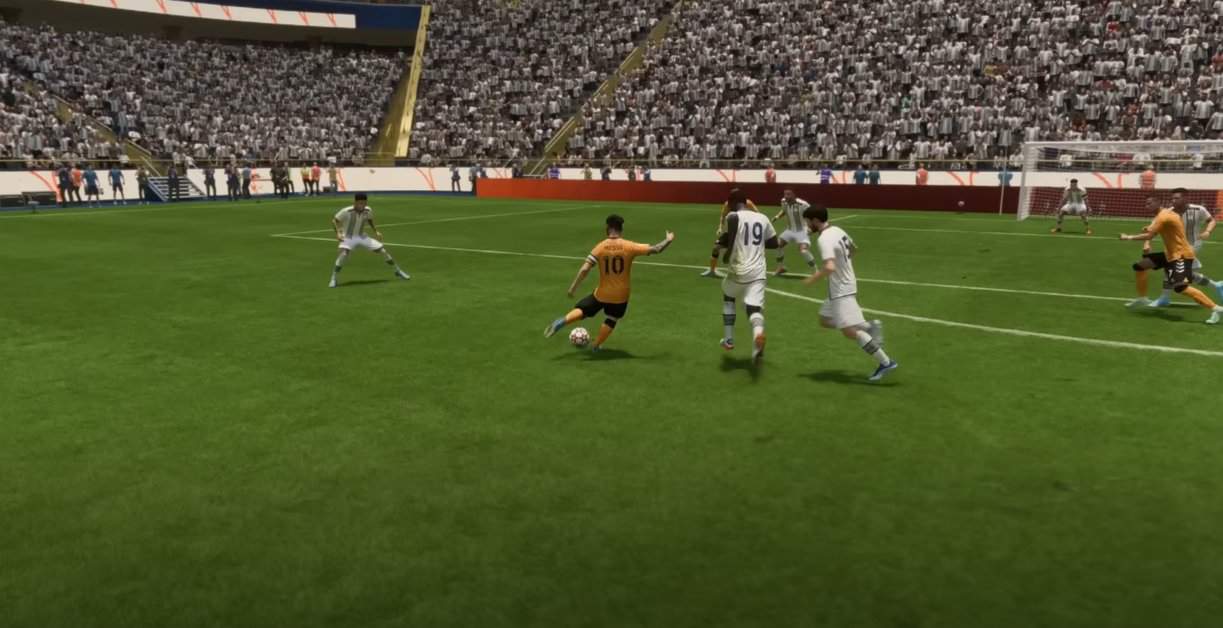 FIFA 23 has introduced many cool new features to the game and the power shot is a particularly impressive one among these. This shot lets you hit the ball with such speed and strength that it leaves the goalkeeper stunned and helpless.

This guide will tell you everything you need to know about the power shot in FIFA 23 and the best way to perform it.

What is Power Shot

Power Shots are a new move in FIFA 23. While shooting in FIFA is simple, EA has offered a huge range of different shot possibilities over the years to give players more diversity.

Power shots are one of those along with finesse finishes, chip shots, and driving shots; all are excellent choices in specific circumstances. The main benefit of Power Shot is, as the name implies, a tremendous increase in power and if timed and applied right, can be a game a changer

How to score a power shot in FIFA 23

The power shot in FIFA 23 is on by default, so you don’t have to activate it manually. All you have to do is run towards the goal and hold down the right buttons to do a power shot.

The power shot is very fast and effective, but obviously, you still have to aim yourself so make sure you are not off-balance when taking this shot otherwise you won’t land the hit as well as you want.

Given below are the commands for power shot on all the different systems.

Keyboard and Mouse
Hold the left shift key and D, use the mouse to aim, and shoot by pressing right-click on the mouse

Power Shot on PS5
Hold L1 and R1, aim by using the left analog stick and shoot by pressing O.

Power Shot on Xbox
Hold RB and LB, aim with left analog stick and shoot with B.

How to turn off camera zoom for power shot

The power shot is pretty much a flawless feature, except that it does have one tiny flaw, the camera zoom, which has been bothering some players. Just as you’re about to take the shot, the camera zooms in slightly to focus on the player.

While this does make the moment more dramatic, it also somewhat limits your vision of the pitch. Meaning that if you miss the shot and have to instantly go back to the game, the zoom could put you at a slight disadvantage.

Don’t fret over it though, because it’s quite easy to turn off the camera zoom if you don’t want it in the game.

Just go over to the game settings in settings menu. Choose camera and at the bottom you’ll see the option of power shot zoom. Turn it off and you won’t have to deal with the zoom next time you take a power shot.

When to use power shots in FIFA 23

Power Shots work best when launched outside the D. It is much better and effective to attempt a long-range shot rather than trying to pass through the defense if the opposition provides an attacking player with strong shooting stats with space.

When using shooters, such as the top strikers in Ultimate Team, your chances of scoring with a Power Shot are greatly boosted.

Normal shots would have little chance of scoring from these spots, but Power Shots that are on target have a high chance of success.

Best players to use for power shots

They are some of the game’s top shooters. Use players with good shooting stats if you want to make more power shots and score more goals.