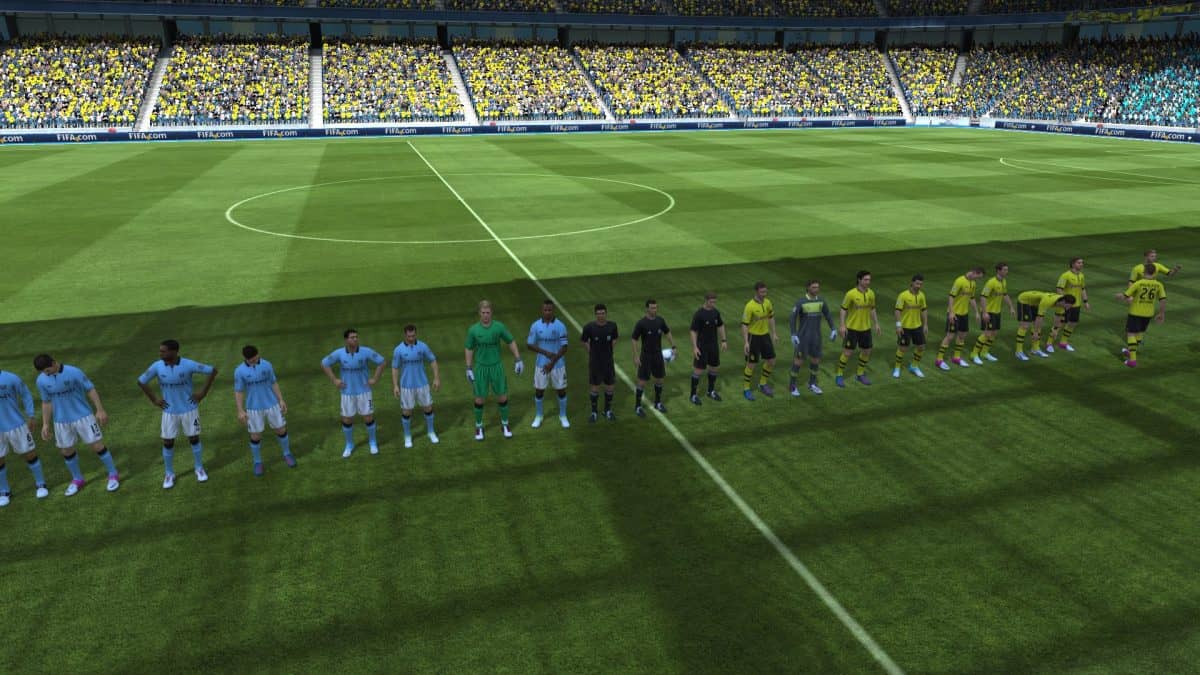 With FIFA 13 Ultimate Team mode, EA Sports gives fans across the globe the opportunity to build their dream teams.

Now, when I say the dream team; it does not mean that you can have all the top-notch players in your team but a team that will have the best chemistry to dominate the opposition.

Just like its predecessor, the Ultimate Team is back with the same intensity and charisma. You will be given a squad of players from different leagues around the world with a manager and pre-defined contracts.

You can use the squad to participate in Tournaments, Leagues and also buy/sell players in the virtual global market.

If you are looking forward to improving your squad in FIFA 13 ultimate team mode, the following points can help you get better.

Chemistry
You must have noticed that sometimes, players with even lesser skill stats perform better than the high-skill players.

This is due to the chemistry of a player who directly affects the performance. So you should be looking for the players who have better chemistry than stats.

Now the question is that how one can improve the chemistry of individual players or a team. There are a few things you can try. Firstly, you will need to figure out the formation of your team before purchasing any player or a manager.

Purchase the players that would go with the formation that you’ve decided for. This will allow them to get an immediate head start.

If you are playing a CM (central midfielder) as a CDM (central defensive midfielder), you will receive a partial bonus instead of complete. So try to go with a formation in which maximum of your squad players are playing at their preferred positions.

The player chemistry is further improved if they are playing with the players from same country, league, or club. You can also make use of the squad management screen to adjust the chemistry of your team.

It is also imperative for you to have a good man in charge of the team, since the team will only be as good as the person who’s in charge of it, hence the Manager. If your Manager is of the wrong formation, it will harm your team greatly.

Contracts
Contracts also play a significant role in improving or reducing a player’s chemistry. Each player comes with seven contract tickets and with each appearance, one contract is reduced.

In simple words, after seven matches, the contract will be over, and you will have to renew it.

The type of contract is also important (Bronze, Silver or Gold). The player with a bronze contract should be offered a bronze contract at-least. You can choose to offer a better contract to your Ultimate Team members if you want to boost the morale or chemistry of a particular player.

Fitness and Morality are the factors that can affect the performance of your players on the pitch. As far as the fitness is concerned, it should be at-least in 90s if you want the player to perform around average.

Similarly, the morale of the players should be above neutral to have a full scaled performance. You can make use of the morale items or give players some rest.

Your players will tire out after each match, on the basis of how much each player was required to run/sprint. Goalkeepers barely lose a point or two, while outfield players will lose up to 5 fitness points.

When it comes to an injured player, you will need to place the player in the reserves section of your main squad, where he will be able to recover a point after the completion of each match.

A lot of tournaments will make you keep selecting your team until you meet a particular criterion. You will also be required to maintain the morale, especially when the players aren’t chosen for the team.

Allow the lesser members of the squad to be given a run out whenever you can, so that they are happy, and you may choose them whenever you require them to play for you

Keeping these things in mind, you can manage your squad well and earn a good reputation in the market. You are more or less a care taker who needs look after every member and family as a whole.