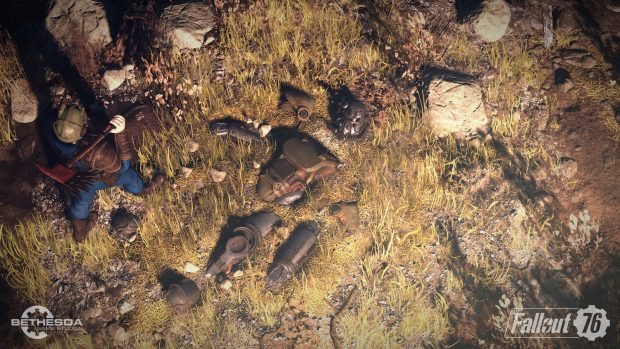 Bethesda’s first multiplayer Fallout title was released recently. The welcoming party wasn’t too pleased, however, as Fallout 76 gets bombarded with negative reviews from the Metacritic users.

The final verdict being a 2.4 out of 10…yikes. To be more specific, 313 users reviewed the game. Out of those 313, 58 were positive, and the other 8 were mixed. This literally leaves 247 reviews that are people just going to ham and trashing the game.  Is the negativity justified though?

A big bulk of complaints from the PC side of Fallout 76 gamers was the absence of the game on steam. Fallout 76 got a fair amount of negative reviews because of how it needed its own exclusive client by Bethesda to be installed. Regarding installation issues, Fallout 76 gained some flak on not allowing players to uninstall the beta unless they bought the game. Not a big issue since the DirectX can still be manually deleted, humorous nonetheless though.

In addition to the problems with actually accessing the game itself, complaints and negative reviews for Fallout 76 also surfaced regarding the quality of the game itself. The title received a good amount of backlash for its bugs and glitchy nature, which is something Bethesda is usually popular for, but in this case, notorious.

Videos and clips of streams surfaced with players showing how 76 wasn’t as well optimized as it should be. Characters moving faster when you look at the ground due to the smoother FPS for example. One major issue people had which can be easily noticed. Is how similar the look and gameplay is to Fallout 4. Some reviews even dubbing it as a mod to 4 the way it looked and functioned. Animations, graphics, aesthetics, and mechanics all being recycled it seems. With the small addition of multiplayer aspects like emotes.

Issues during the Beta to full game transfer were also a cause of concern for most players. With achievements failing to transfer from the beta gameplay to the main game. This is despite Bethesda specifying which achievements would transfer. This was a denial to player progress for players that faced this issue, despite taking part in the beta testing.

The most important and notable reason for Fallout 76’s negative reviews is the worst thing any game can be, and that is boring. 76 has been criticized for being lackluster in several departments and feeling like an empty world. Filled only by other players that, because of being real people, sort of take away the RPG aspect that once made Fallout popular in the first place.

The exclusion of NPCs was also a large setback for the title. The entirety of any plot/story in the game is only provided by data in terminals and salvaged holotapes. Fallout’s NPCs made up a lot of what the games used to be. To see them absent now is disheartening, not only to loyal Fallout fans but to RPG gamers in general.