Evolution of Call of Duty to Modern Warfare 3 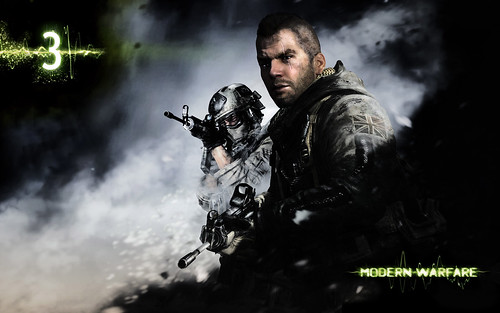 Call of Duty series, despite its ups and downs, is one the most famous FPS series ever created. There is great reason for that too. The real question however is, whether or not all seven games of the series have been responsible for the fame that this war-based first-person shooter has earned.

Let’s take a look at some of the highlights of the series. Call of Duty 1, probably the breakthrough WW2 game of its time. What it did so well is give a realistic, intense and extremely loud war experience. Call of Duty 1’s impact was so huge that it perpetuated the creation of the most well known FPS series in history.

Then there was Call of Duty 2. The multiplayer of the sequel was what made it so great, whereas there were mixed reactions regarding the singleplayer campaign. Call of Duty 2 was another great addition; it might not have met the high standards set by its predecessor, but it definitely made an impact.

Next was Call of Duty 3, probably one of the more forgettable Call of Duty games. They say that what goes up must come down to regain stability, and that was exactly the case. It occurred to the developers just at the right time that WW2 games were becoming a cliché, and it was time to shift to the modern days. That is exactly what they did, and the success they got might have even surprised the developers themselves.

Call of Duty 4: Modern Warfare was not just a great game in the series; it was a revolutionary experience, particularly it’s multiplayer aspect. The game’s multiplayer was so well constructed, and allowed such convenient usage of mods, that it became the 2nd most online played game in history, surpassed only by World of Warcraft. The game’s singleplayer, though extremely short, was also a fantastic experience, with awe-inspiring missions that made you gasp and say ‘oh snap!’ more than once.

Then came Call of Duty: World at War, bringing the WW2 experience back. Though it was good, the CoD series fans didn’t seem to enjoy the conventional and over-done WW2 experience but the game made it’s name with the unique zombie mode.

Sequel to the Modern Warfare, Modern Warfare 2 had a decent singleplayer experience, but its true flaw was its multiplayer. First thing first, there was no support for dedicated servers or modding, which heavily eliminated competitive gaming and encouraged casual gameplay. On consoles, the game became hacked to the limit of being unplayable or incurable. Not to mention all the bugs, it came with.

Finally came Call of Duty: BlackOps. Yes, it was very highly acclaimed, and the singleplayer campaign was an interesting experience. However, there was still the dedicated server issue, and the competitive, tournament-competing gamers that were bred during the time of Call of Duty 4 remained unimpressed. On consoles, the game sold well, but was plagued by crashes, random glitches and hacks. The experience resulted in fan rage on the official page of the game.

Now we are all awaiting for Call of Duty: Modern Warfare 3, which will attempt to resurrect the greatness of Call of Duty 4 all over again. We have been promised dedicated servers, but what the trailer revealed is nothing new to the followers of the series.

The real question is, what is needed in Modern Warfare 3 to bring back the series as alive as it was three or four years back? and with the constant pressure from EA due to their highly anticipated Battlefield 3, what is Infinity Ward doing to ensure that EA’s hopes of over-powering the Call of Duty series are shattered?

The graphic engine being used in Modern Warfare 3 doesn’t come anywhere near to the photo realistic Frostbite 2.0 being used for Battlefield 3, so all hopes are on the experience. We know that whichever Call of Duty Infinity Ward has worked on has got great success, but what has worried me most regarding the series is how Hollywood-ized it is becoming.

We saw the ‘the enemy of my enemy is my friend’ styled story in Modern Warfare 2’s singleplayer campaign, and to be honest, it was a little cheesy, and felt less like war and more like a Hollywood movie filled with clichés. BlackOps singleplayer pretty much followed the same footsteps with its conspiracy theory and brain-washing story of the Cold War.

It seems to me, that the developers are missing a simple fact; players who play the CoD series don’t want an over-cooked story, they desire an experience as close to war as possible, and by the looks of it, Battlefield 3 is right on track to fulfill their desire, and that is why it is getting so much pre-release attention.

So what the CoD series needs is this: an intense, modern, awe-inspiring and very plausible singleplayer campaign, accompanied with a multiplayer mode that is both for competitive and casual gamers. No silly Russian terrorists who turn up to be good guys or schizophrenia, and most important of all, no repetitiveness.

If they can bring back the war experience that was present in the first and fourth CoD game, they will definitely satisfy the hunger of FPS players and also silence EA to a good extent.

We’ll have to wait till November to find out what really happens. For now, let us know what you think Modern Warfare 3 needs to have ?