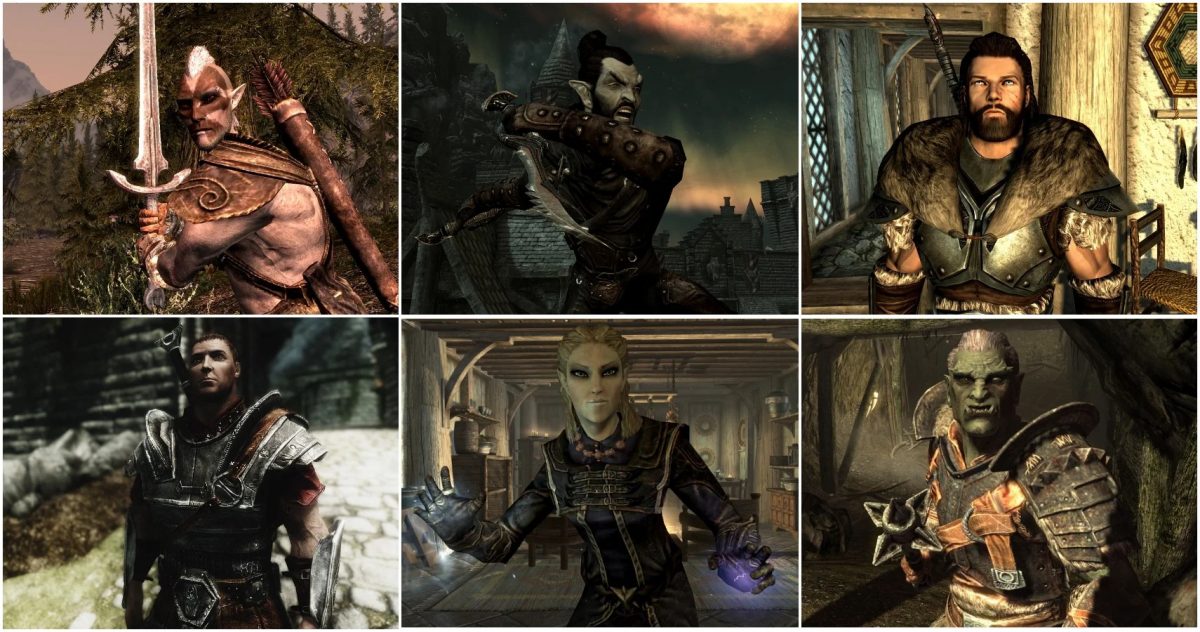 The Elder Scrolls V Skyrim features 10 distinct races and if you have played the previous Elder Scrolls games, you should be familiar with most of these races.

Choosing your race is very critical because it would then influence your approach to the game as each race comes with different set of abilities, strengths, and weaknesses.

Each race has a unique racial power, which may only be used once in a day. When you create a specific race character, you would notice that each race has different stats in the basic skills, so it becomes ever important to choose a race, that compliments your game style.

In this guide, we will give you a detailed overview of each class, which should ultimately shape your character development decisions in Skyrim. For more help on Skyrim, read our Walkthrough and Crashes Troubleshooting Guide.

They are well adapted to aquatic and land habitat, can breathe underwater and are 50% resistance to disease. Their Hitskin ability is crucial to their survival – it helps them regenerate health rapidly, once a day. If you like Stealth, you should go for the Argonian race.

Living in the mountainous terrain of highrock – this race is well adaptive to magic skills and would make a good mage based character. Their skill isn’t limited to magic – they can learn magic, stealth, and even become good warriors so they are an overall balanced race. If you want a good mix or best of all worlds, go for Breton.

They are ruthless in war and are very skilled. They are arguably the most balanced combat race with proficiency in combat magic, weaponry, and archery.

They are the natives of Summerset Isle and are magically proficient race in Tamriel. They are most hubristic and the constant effect of their racial power lets them regenerate magicka faster than other races. Plus, they are born with an extra 50 Magicka.

Carrying the voice of an emperor of the falling empire, Imperials are educated, good in communication, and disciplined race. They are known for their great armies and their perception allows them to find more coins when looting.

They inhabit the forest province of Elsweyr. Know for their speed and stealth and ability to see in the dark, they make great warriors and thieves. They also have sharp claws that come in handy when fighting enemies.

It’s a tough race, which inhabits cold, mountainous, province of Skyrim. They are resistant to frost so it makes them easy to survive harsh cold weather. Known for their fabled battlecry, they can become great heavy warriors. Their starting spells are Nordic Frost and Woad, which grant 50 points of Frost Damage on touch, and 30 points of Shield to themselves for 60 seconds, respectively

Orcs are brutal race, with no homeland, but can be found in Wrothgarian Mountains. They are powerful, nomadic race and can become the best heavy armored warriors.

They also have high will power, which becomes useful in tough situations. Their fearsome Berserker Rage makes toughest fights easy. Though, you can only use it once a day.

They are the dark-skinned people of Hammerfell. Redguard is a warrior focused race in Tamriel and they can become great warriors, only to be topped by Orcs. They are good with weapons and all types of armors and famous for their adrenaline rush. They along with, orcs and nords make great warriors.

Wood Elf inhabit Valenwood forest and are skilled archers. They are proficient in Stealth and are known to command creatures as it is one of their racial powers. Though like other racial powers, you can use it only once a day. They are also resistant to poison and disease.

Tell us which race you plan to play first and why?