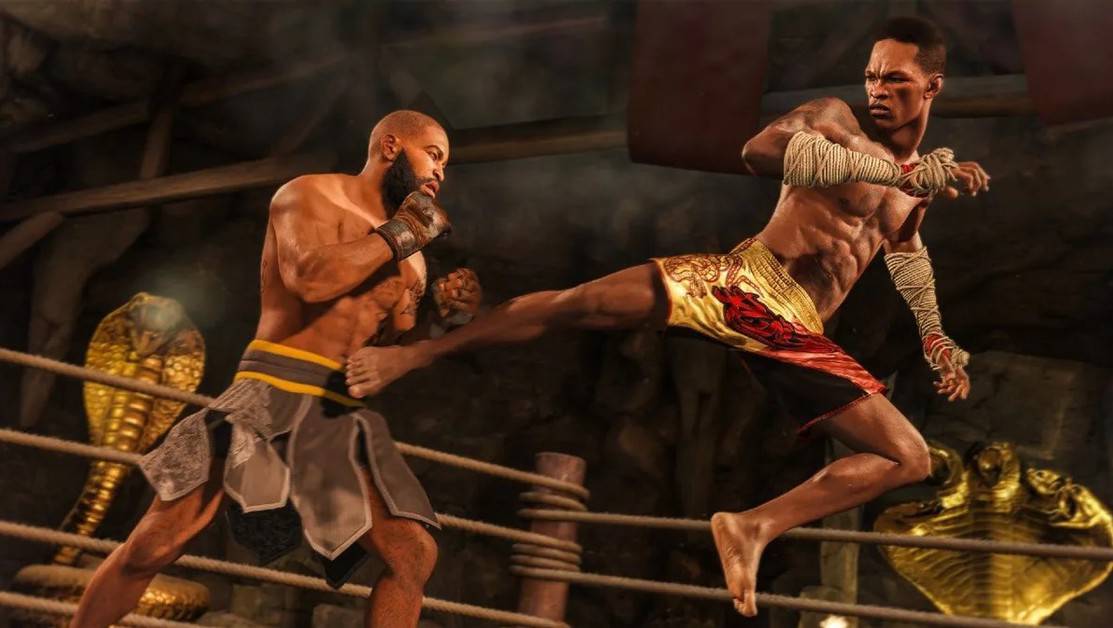 UFC 4 has finally released, bringing more depth to the fighting world of UFC. In this EA Sports UFC 4 Striking Guide, we’ll be discussing how you can better adjust your stance to have both a formidable defense and an effective offense at the same time.

Striking is what’s known as stand-up fighting in the world of MMA and UFC games. This is what you’ll mostly be doing to take out your opposition in the ring.

However, forgetting to defend yourself from an incoming opponent’s flurry will likely bode for a less than favorable outcome.

Below we have compiled a number of handy tips to aid you in striking your opponents in UFC 4 and make the best of any fight situation.

Experiment with your Character’s Combos
Each character will bring a set of new moves to the table for you to try out. Experiment with them to see what suits you best.

Square and Triangle are used for punches, while Circle and Cross are used to control kicks.

You can further modify these attacks by using L1, and R1 to create deadly punches and kicks.

Don’t give your opponent any time to adjust to your blows by continually mixing your highs and lows to confuse their positioning.

Blocking is Important
Why, you may ask? Well, if you’re going out on full offense, the enemy has a thousand ways to exploit and punish you.

Knowing the limitations of your combos, and what makes you weak will allow you to stop before exposing yourself to the opponent.

If you happen to receive a blow while you’re attempting to land a strike you will receive more damage, compared to what you would have received if you were standing still.

UFC 4 will punish you for miscalculating your strikes, so be a little wary regarding how you approach the situation.

Head Movement
The game has a steep learning curve, and the more mechanics you get used to the harder you’ll be able to own your friends in the ring.

Head movement will allow you to perform some impressive evasive maneuvers. Use the R-Stick to move your head, and L1 + L to perform lunges.

Performing lunges can provide you a viable strategy against fierce strikers, giving you openings to attack.

Combine the running with an X/Square or Y/Triangle at the end to perform a strike.

Punching
As discussed earlier, basic punches are controlled by X/Square or Y/Triangle. Using LT/L2, we can modify these to be body attacks.

Combine X/Square or Y/Triangle with an LB to perform a hook, hold LT/L2 to make it a body hook.

Uppercuts can be performed by using X/Square or A/Cross, simply hold LT/L2 to make it a body attack.

Overhands will cost you the most stamina. To perform the technique, use RB/R1 + X/Square or Y/Triangle.

Kicking
Let’s shift over to A/Cross and B/Circle. The two inputs used to control your fighter’s kicks.

Roundhouse kicks, if landed properly, will knock your opponent out. They have a large stamina cost, so make sure you use them when the moment is most suitable. Performed by pressing LB/L1 + A/Cross or B/Circle.

Spinning Kicks
These kicks are high-risk and high-reward. So, if you feel like throwing out too many of these, don’t. They look cool, but they can also make you lose the game instantly if used wrong.

Clinching
Clinching’s a new addition to the newest installment of UFC. To enter Clinch, you’ll have to hold RB/R1 and tap either X/Square or Y/Triangle.

Once clinched, use Left-Stick to move your opponent around. Perform your combos as quickly as you can.

Any additional thinking during the process will cost you valuable time, so make sure you’ve practiced your transitions.

Catch Kicks
In order to punish your opponent’s kicks, you can attempt to catch them by using RT/R2 + LT/L2. Timing is crucial.

If you happen to catch a kick, you can simply go ahead and use all the punches and kicks you’ve learned to damage them while you have them in the lock.

If YOUR roundhouse kick is caught, you can retaliate by throwing punches, or block any takedown attempts by using RT/R2 + LT/L1.

If YOUR front kick or knee kick is caught, you can only defend yourself, and /or retreat by using the Left-Stick.

Blocking
Predicting your enemy’s next attack is extremely important. Being unable to do so, might throw you off and interrupt your momentum.

Block your head by using RT/R2.

By holding RT/R2 + LT/L2, you will check your enemy’s leg kick. Doing so will cause damage to your opponent. With enough of this, you can eventually end the fight.

Feint your strikes to confuse your opponent by tapping RT/R2.

Breaking out of a Clinch
To break out of an opponent’s clinch, you’ll have to use Left-Stick to push AWAY from your opponent.

However, in a cage clinch, you’ll have to use Up and Down movement with the Left-Stick.

Use RT/R2 to block your head from receiving any damage in the Clinch.