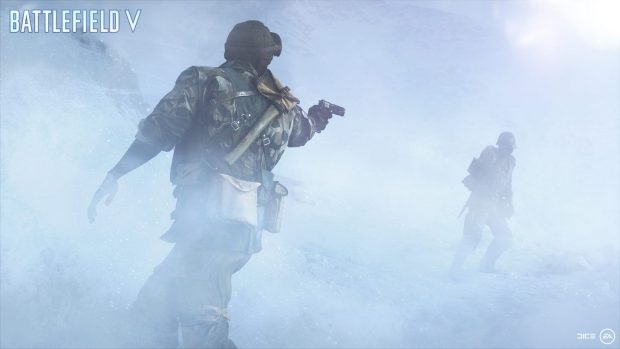 EA announced Battlefield V during an event a few months ago and soon after the first trailer went live, negative feedback and backlash started pouring in. Seeing how things were going, EA’s Patrick Soderlund went out of his way to provoke gamers, saying that if someone doesn’t like Battlefield V’s take on World War II he/she shouldn’t buy it.

The provocation seems to have worked as pre-order numbers are low, according to a report from The Wall Street Journal. However, the main contributing factor for low-sales is believed to be high demand for Black Ops 4 and Red Dead Redemption 2. Still, EA’s poor marketing plan surely played a role here.

Titanfall 2 released in the middle of Battlefield 1 and Infinite Warfare. While it was a decent game, it failed to meet expectations due to its poorly throughout release window, late October 2016. Similar is now the case with Battlefield V which sandwiched between Black Ops 4 and Red Dead Redemption 2. Both games are expected to outsell EA’s new multiplayer shooter.

The exaggerated role of female soldiers was dubbed as a feminist propaganda by parts of the community. Funky cosmetic items made matters worse. However, nothing could have hurt Battlefield V as much as the comments made by Patrick Soderlund; “accept it or don’t buy it.”

On the [women] in Battlefield, this is something that the development team pushed. Battlefield V is a lot about the unseen, the untold, the unplayed. The common perception is that there were no women in World War II. There were a ton of women who both fought in World War II and partook in the war.

And we don’t take any flak. We stand up for the cause, because I think those people who don’t understand it, well, you have two choices: either accept it or don’t buy the game. I’m fine with either or. It’s just not ok.

Meanwhile, the design director stated that they will find themselves on the right side of history. The situation reminds us of the time when EA made the famous “pride and accomplishment” comment when Battlefront 2 backlash took off. The statement killed Battlefront 2 but it seems EA hasn’t learned a thing.

On the other hand, it is possible that fans are holding off on buying the game until reviews come in. Battlefield V is releasing on October 19 on PS4, Xbox One, and PC.