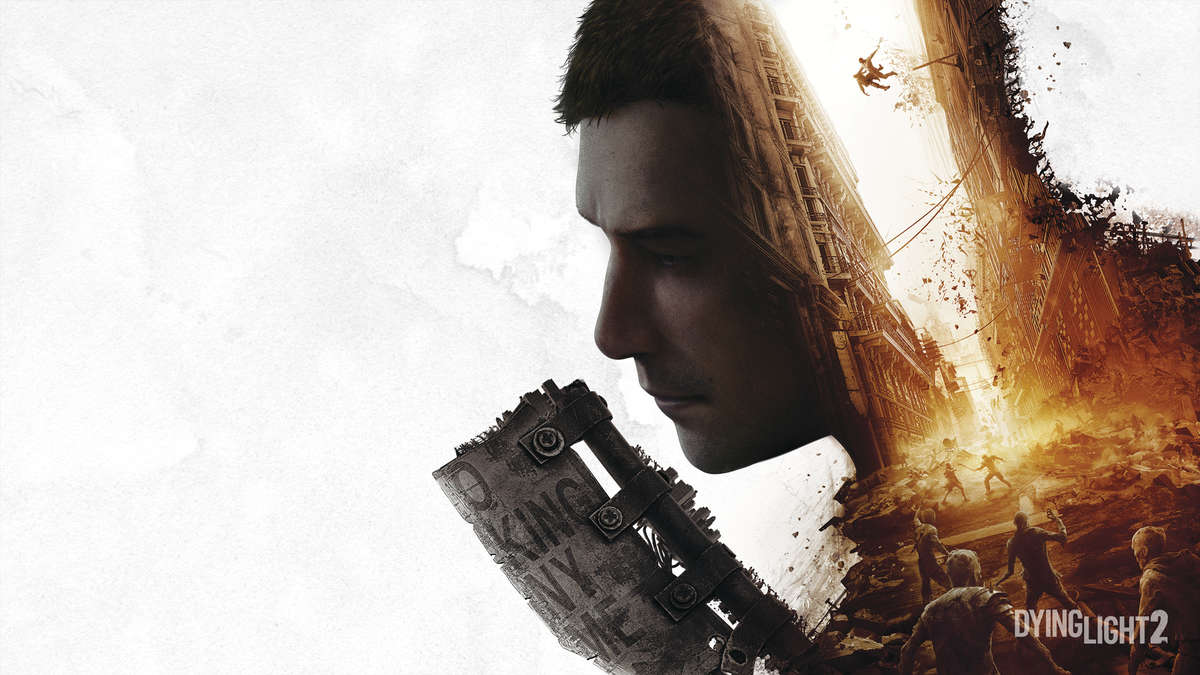 Originally announced in 2018, Dying Light 2 Stay Human has definitely had a rocky development due to the scale of the game resulting in numerous delays (partly due to the Covid pandemic). Thankfully, those delays are a thing of the past and Techland’s zombie parkour sandbox is finally out now. The original Dying Light, released in 2015, was widely hailed as one of the best parkour AND zombie games of all time so does the sequel live up to the bar set by the original and the expectations promised by the developers themselves? 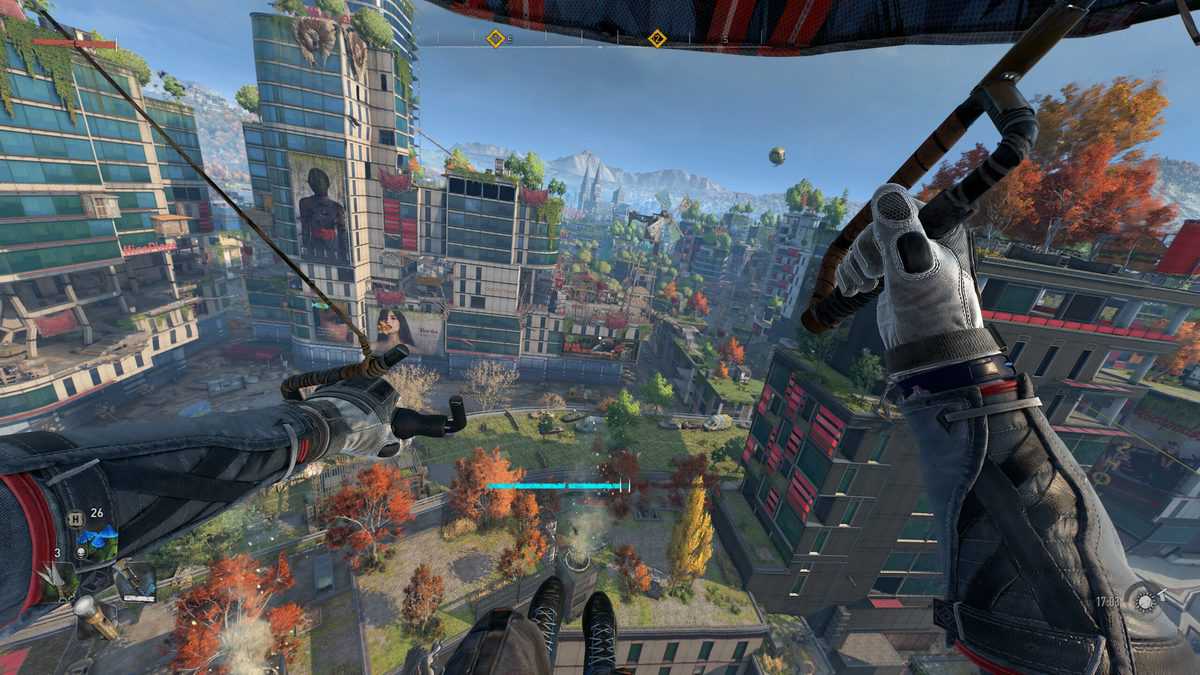 For the most part, I would say yes. Dying Light 2 is one hell of a ride, bigger and better in every way compared to the original. Dying Light 2: Stay Human hits the ground running, literally, as you begin your journey as Aiden Caldwell, a pilgrim, in search of his long-lost sister Mia. Pilgrims are basically the nomadic versions of Nightrunners from the first game. They roam the land, helping, or as their reputation suggests, hurting people in the wilderness. The world at large has a disdain for Pilgrims, considering them thieves, murderers and untrustworthy.

Aiden’s quest to find Mia leads him to the city of Villedor in the European countryside and this is where the massive open world of Dying Light 2 kicks in, giving players the freedom to parkour to their heart’s content. Over the course of the game, you will help out not only random citizens of Old Villedor but also the two different factions that are at odds with each other. Who you choose to aid and how is up to you as player choice plays a huge factor in the narrative and gameplay of Dying Light 2.

While the choices in normal dialogues only serve as exposition points for characters and the city, there are a pretty decent number of “junction” points in the game where you have to choose how Aiden proceeds with character interactions and who he chooses to help. In fact, the sheer number of choices available made me realize I will have to do a number of playthroughs of the game to fully experience everything the world has to offer. This is further reinforced by Techland’s claim that to experience everything the game has to offer, players will need about 500 hours of playtime. Thankfully, this isn’t all in one playthrough and I was able to complete my playthrough in about 65 hours which involved completing a lot of side content as well. Sadly for this review, I didn’t have enough time to play the game more than once. 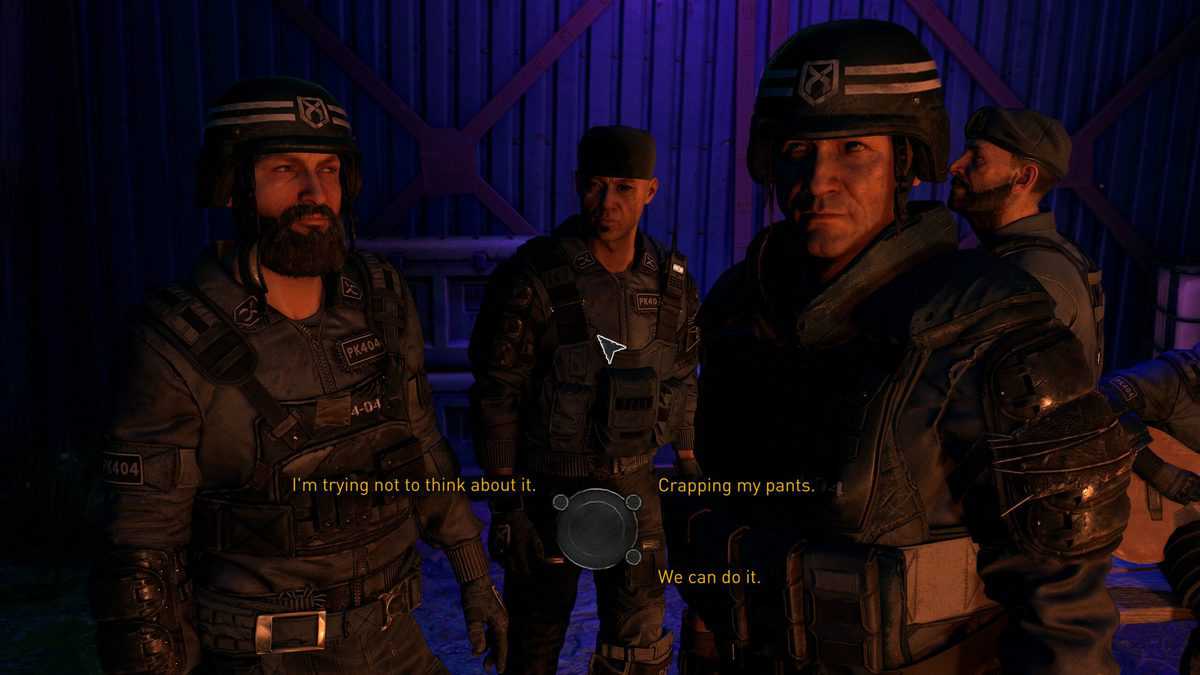 Speaking of interacting and helping the citizens of Villedor, Dying Light 2 has a massive cast of characters and a lot of them are really interesting and well fleshed out. The acting for these characters also does a great job selling that these are humans struggling at the end of the world for the basic necessities we take for granted these days. The “Stay Human” part of the title is one of the key aspects of Dying Light 2, figuratively and literally. Do you choose to help a grieving mother find and rescue her sons trapped in a zombie-infested dark zone or do you go about your business and let them die? In your quest to find your sister, are you willing to hurt and betray other people? Aiden is faced with such choices throughout the game and it is up to you whether you choose to “Stay Human” or not.

There is of course the literal part of the phrase Stay Human as well. If you have been following the game’s development since the start you will know how everyone is infected in this new world and death means they will turn into zombies (similar to The Walking Dead) but Aiden might be a bit further ahead than that which is where the central story and mystery of Dying Light 2 lies. Unfortunately, that mystery around Aiden’s past, his search for his sister and the main story of Dying Light 2 don’t really manage to hit any high notes. In fact, the mystery takes way too long to develop that by the end I didn’t really care much about it at all since the side content had been so much more appealing and satisfying.

That’s not to say that Dying Light 2’s main campaign is bad because it isn’t. Some of the best quests in the game are in the main story. It’s just that the main narrative comes off as very disjointed in a lot of places with extremely slow pacing. It is still a step up from the original game as the story in Dying Light 2 is a lot darker and mature where the original was just plain cheesy. I still remember how Rais cauterizes his arm with a burning log while yelling “CRANE!” like some Bollywood villain. The main bad guy in Dying Light 2 is equally forgettable if not more and the last mission of the game and the conclusion of the mystery outright made me angry.

Thankfully, as I mentioned before, the side content in Dying Light 2 is packed with numerous quests that range from funny to depressing to hopeful. One quest has you helping a guy set up a post-apocalyptic dating service while another has you playing cricket with zombies, with an interesting twist. This side content also helps reshape the city of Villedor as you activate metro stations for fast travel and provide the citizens with water and electricity by going through old power stations and water towers. Once you activate a water tower or a power station, you can choose which faction; Peacekeepers or Survivors, get access to it which in turn ends up putting that region under that faction’s control. While this doesn’t really weaken the other faction or make them hate you, it does go towards altering your gameplay experience in that region a bit differently. 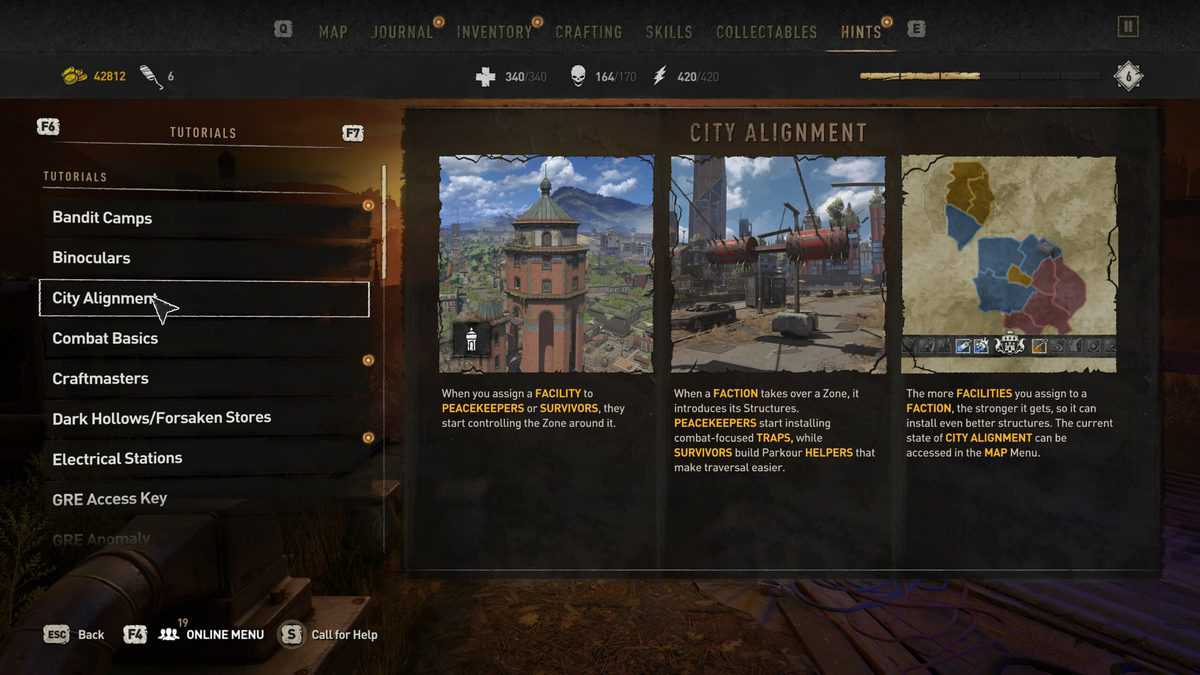 Assigning facilities to Survivors unlocks parkour-related facilities in Survivor controlled zones such as ziplines and air vents for your paraglider while Peacekeeper controlled zones are more focused on combat facilities like Car and Electric Traps. So these choices boil down to how you want to shape the world and in turn your playstyle as there are only a limited number of facilities you can assign.

To go along with this side content, the gameplay of Dying Light 2 is probably the best parkour experience since the original Mirror’s Edge. The first game was amazing in that regard too and it’s very difficult to improve on something like that but Dying Light 2 somehow manages to do just that. Due to the RPG design of the game, it takes a while to get the right movement and combat abilities but once you do, traversal and enemy encounters all flow beautifully like a ballet with knives and hammers.

While Dying Light 2 does adopt some typical open-world game trends like tons of map markers and tower climbing, the twist it adds to these activities in the form of parkour puzzles makes them worthwhile. Just like climbing towers in Assassin’s Creed games uncover areas of the map for you, you can climb windmills in Dying Light 2 to activate friendly structures in the nearby area which are helpful for survival at night. Not that you really need that help in my opinion. In my 65 hours of playing on Normal difficulty, Night time rarely posed a challenge in Dying Light 2 compared to the first one. The Volatiles, which were the bane of your existence at night in the original game only appear when you are in a high-level chase at night and apart from those, regular zombies just don’t possess any threat. Even against Volatiles, it is extremely easy to get away thanks to the friendly structures around the map that it takes away the thrill of Night time adventures in Dying Light 2. 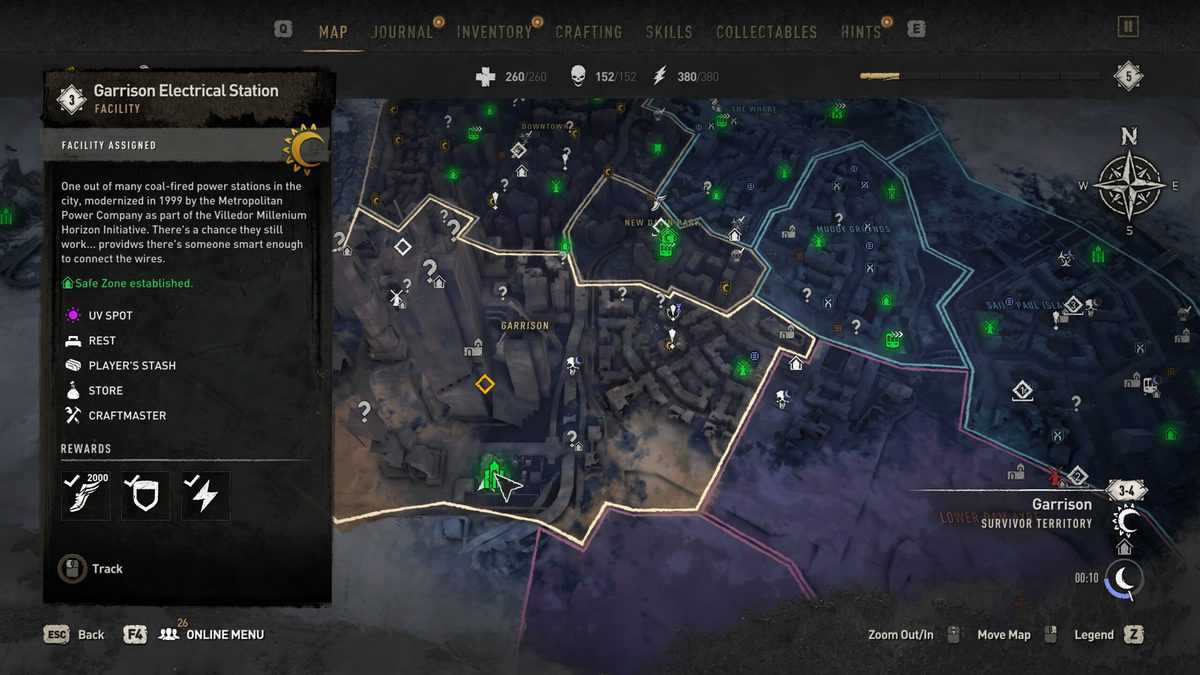 Apart from the main campaign, the only major issue I had was with the technical side of the game on the PC version. Not only is the Options menu pretty limited for a PC port, missing options such as the ability to completely hide the HUD (you can turn off a few individual parts of the HUD such as health bars) the graphics options are downright abysmal. Sure they aren’t Final Fantasy 7 Remake bad but they aren’t something worth praising either. The menus are also pretty buggy and end up showing incorrect descriptions of various options. On top of that, the game’s performance leaves a lot to be desired. The original system requirements released by Techland asked for some pretty beefy specs for 1080p60 with Raytracing enabled requiring an RTX 3080 which in itself is a huge red flag. Unfortunately, the reality was worse.

See the Requirements suggested that you could perhaps play with low RT settings but that isn’t the case as Raytracing options are baked into the graphics settings sliders instead of being separate toggle options. So if you want Raytraced Shadows or Ambient Occlusion, you are forced to crank those settings up to Ultimate! While this might be fine on 1080p if you have a card like the RTX 3080, but good luck getting 60FPS on resolutions higher than that without DLSS. Even with DLSS and on 4K, my i7 10700 and RTX 3080 couldn’t manage to cross even 40 FPS with all the Raytracing features enabled through the High RT preset.

What is even more unfortunate is that due to its delays, since the game was originally scheduled for an early 2020 release, the visuals, especially the environment textures and animations don’t really hold up that well from what you might expect in a AAA title in 2022. The game doesn’t look good bad, in fact at times it looks downright gorgeous with the right lighting, but occasional pop-ins while gliding, 10 fps animations on some moving objects like windmills and the overall inconsistency in texture quality of up close and distant environments makes for a very jarring visual experience. While performance issues in a game with a map of this scale and the number of systems at play are understandable, considering the game had gone gold back in December I was expecting the two extra months would result in a bit more polish to the technical side of things. 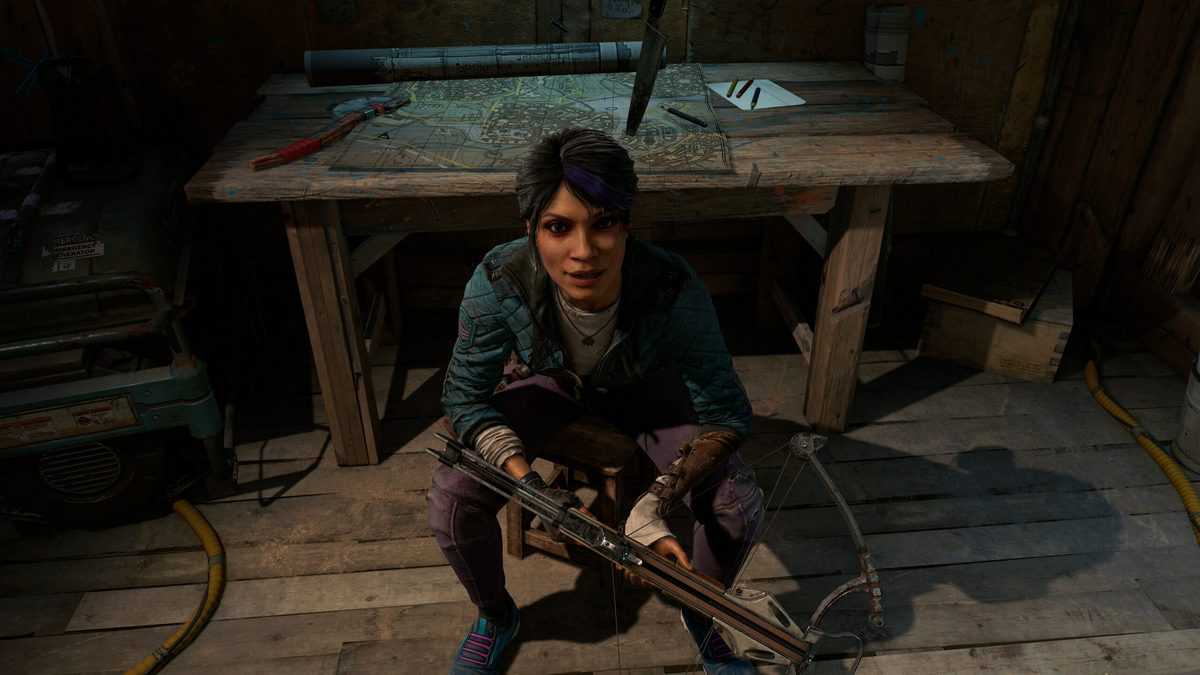 Dying Light 2 isn’t perfect and in some ways feels more like an expansion to the first game than a proper sequel but don’t fix what isn’t broken right? Techland has laid the perfect foundation for the franchise going forward and all the improvements made to the parkour formula and choice-driven storytelling are for the better. Techland’s promise of at least 5 years of paid and free content on top of the already amazing sandbox they have created means this is one game I will not be deleting from my PC anytime soon and am really looking forward to how they expand this current installment as well as the franchise in the future. If this game is any indication, AAA releases in 2022 are off to a good start.

Dying Light 2 is arguably the first hit of 2022, delivering a solid zombie parkour experience mashed together with well-crafted choice-driven gameplay. Unfortunately, the main story fails to hit the right beats in a lot of places.