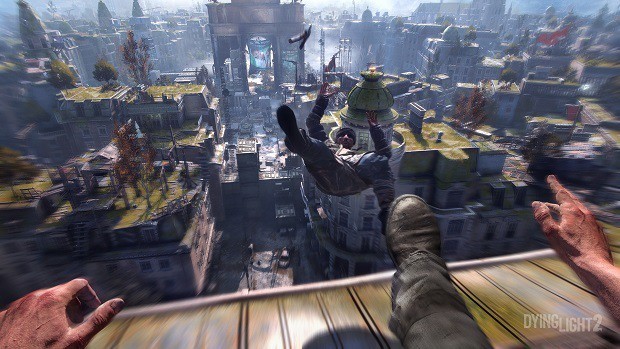 Dying Light 2 is coming to PS4 and Xbox One next year so we had a chat with the game’s lead designer. We discussed the game’s open world, PS5 and Xbox Scarlett, different factions and much more.

Segmentnext: In an interview, not too long ago, Tymon Smektala expressed the team’s goal to hit 4K 60FPS on PS4 Pro and Xbox One X. These mid-gen consoles still confuse me as I don’t understand their interpretation of 4K. To me, 4K resolution means native 4K resolution. So with Dying Light 2 are we talking about native 4K on Pro and X or dynamic 4K?

Tymon Smektała: We are talking about goals – and of course, the goal for any developer is to create a game of highest quality possible. It’s the same here. But it’s too early to talk about specific and the exact definition of 4K. Optimization and final visual polish is something that happens at the end of the project when the whole game is locked in, and you know what is the exact weight of all of the assets, gameplay logic, etc. But everything that we put in the game at this point is native 4K, so there’s hope we will be able to keep it that way on the most powerful platforms.

Segmentnext: The game takes place 15-years after the first, what has changed since Kyle’s death? And clear something up for me will you, was Kyle solely responsible for spreading the virus outside the quarantine zone? (if you choose the non-nuclear ending in The Following).

Tymon Smektała: We don’t want to spoil the story for the players so it’s hard for me to give you a concrete answer to this question. Of course, you’ll learn what happened in Harran, but it’s not the focus of our new story. The place is different, the time frame is different, and the same goes for our characters. The main protagonist of Dying Light 2 is more of an enigma compared to Kyle Crane from the original game – we hope players will feel that it’s their story, that’s why it was important for us to introduce a high level of player agency, world reactivity, and choices and consequences.

Segmentnext: Seeing the footage at E3 the protagonist sounded remarkably similar to Troy Baker, is Troy involved in the project? If not, he should be the guy is just fantastic.

Tymon Smektała: It wasn’t Troy’s voice, but it also wasn’t the recording that you’ll hear in the game when it’s released. The final list of actors lending their talents and voices to the game is a secret for now, though. Sorry…

Segmentnext: Compared to the first game how big is the open world this time?

Tymon Smektała: It’s about 4 times as big as all of the maps from the first game combined. It really is a huge and the good thing about it is that it can be shaped through the protagonist’s actions. This way each player can have his own version of The City. Imagine what it means for co-op – you can join your friend’s games and see how they transformed the place. To see everything you’ll have spent hundreds of hours!

Segmentnext: There were around 4-5 factions in the first game, what about Daylight Light 2? How many new factions are you planning to introduce? Talk to me about the role of these factions in the open world now that the entire world has fallen victim to the virus, there’s no hope, no light at the end of the tunnel.

Tymon Smektała: For us, the first game only had 3 factions – the Brecken people, the Troy group and of course Rais and his hooligans. And to be honest they were just groups needed by the narrative whereas in Dying Light 2 these are factions you can interact with using various game systems. For now we’re introducing two main factions – the Peacekeepers and the Scavengers. They’re an example of a few “big factions” we have in the game; don’t want to spoil the number but rest assured it’s not just these two. The important thing is that each of those factions have their ideas how they want to survive this apocalypse; for example, the Peacekeepers believe that they can kill all of the infected, that’s the ultimate goal of these people. You can support them, but you’ll also see that perhaps their agenda doesn’t make sense – you can kill some, but more will come, right? And while working with them you’ll also realize that they have a different, darker side – they believe in their philosophy so much that they start oppressing people that are living in the areas they “liberate”. This makes you question your decisions. Aside of the huge factions we also have smaller groups that “just want to survive”, but by interacting with them you can change the flow of the narrative – and also get access to different gameplay options. It’s a complex puzzle of political relations, but we hope players will find pleasure in finding their own solution to it.

Segmentnext: I believe 2019 is the release window Techland is targeting? There are rumors about the new consoles being announced next year which means Dying Light 2 may come to PS5 and Xbox Scarlett as well, even though I think it’s highly unlikely to see new console next year but well, fans want to see the more powerful hardware. But as a developer, what do you want from next-generation consoles?

Tymon Smektała: Less hassle, more power. And something that in my personal opinion wasn’t really delivered this generation yet: something genuinely new and unique. Most of the big budget games we received this gen were “just” better, more polished version of the formulas and formats we knew from PS3/X360 era.

Segmentnext: Do you think current-gen consoles still have some juice left for developers?

Tymon Smektała: Of course. Look at the popularity of X360 titles that receive backward compatibility on Xbox One. Or at the number – and commercial success – of games developed by independent studios. Better CPU or GPU don’t really make games better, they’re just a tool that can be used by developers.

Segmentnext: In terms of the main story-line, what average game length players should expect?

Tymon Smektała: I don’t even think in these terms… First of all the game is so nonlinear that a length of a playthrough can vary for different players. Even if they just press to see the end credits the path to get there can vastly differ. And then sometimes it’s better to have a densely packed, high-quality 1-hour experience than a 60 hours drag that involves grind and repetition. But if you want an answer the most honest one I can give you is that it’s the length of a modern open world game. With replayability!