Destiny 2 DLC 2 Cover Hunter Is Ana Bray, Here Is What You Need To Know 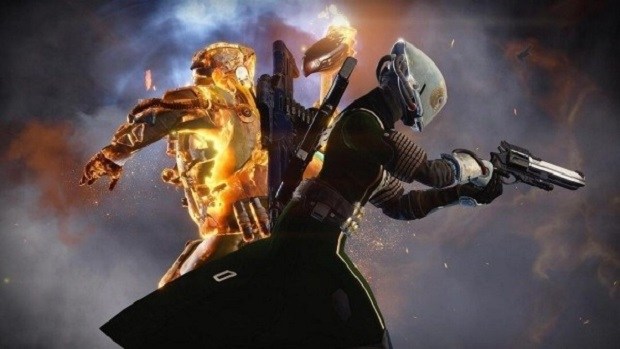 There are a few mentions of Ana Bray in Destiny 2. But how do we know that this is Ana Bray? If you look at the shoulder of the character you will notice the wolf insignia. Pay close attention as this is what we believe reveals the identity of this mysterious character. This could have been an iron banner wolf but that is not the case as both these sigils do not match.

In destiny 1 you could get a cloak from the speaker, the sigil on the cloak was one of a kind and was associated with Ana Bray. You can see the similarity in the picture below. You can also check out the mentions of Ana Bray as well as a high definition image of the cloak below:

I need to mention that we cannot confirm that this is Ana Bray but looking at the evidence, it is unlikely that this female is anyone else.You can also check out this video to learn more about Ana Bray. You can check out the information regarding the first DLC here.

What we can say is that the second DLC will be about the war minds and the Bray family is disappearing one person at a time. It is possible that the DLC will be on these two topics. One theory is that Ana Bray is trying to erase herself and her family from existence as well as information regarding the war minds.

Let us know what you think about Destiny 2 DLC 2 and whether or not you think the cover hunter is Ana Bray.