(Update) Darksiders 3 Release Date Might Have Been Leaked, Here Is What You Need To Know 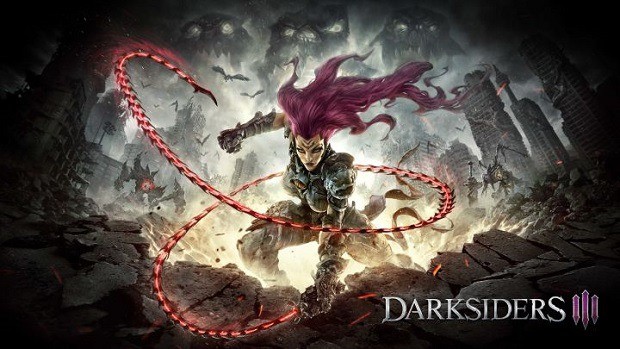 Update: Unfortunately, the image turned out to be fake.

Original Story: Darksiders 3 is a game that I have been waiting forever since I finished the second game in the series. While there was a recent trailer, we have not heard much from the developers or publishers regarding the Darksiders 3 release date. All that has been confirmed is that the game will be coming out in 2018.

3 months into 2018, we still have no new trailer or news regarding the game but a retailer seems to have leaked the Darksiders 3 release date by accident. EB Games Canada had listed the game with a placeholder release date of 21st December 2018. This was updated to 8th August 2018. This was later taken down but users have been able to get screenshots of the change and proved once again that nothing can be hidden on the internet. 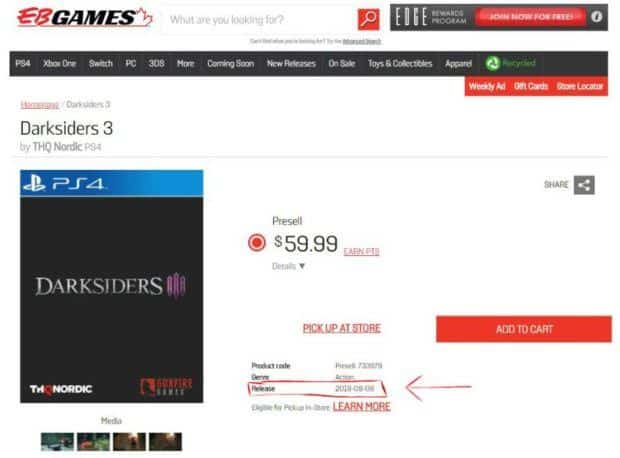 Keep in mind that this Darksiders 3 release date has not been confirmed by the developers or the publisher, so do take this with a grain of salt. Not to get you overhyped about something but the last time the game was leaked an official announcement was made hours later. It is possible that there will be an official announcement of the Darksiders 3 release date in a few hours time. That is a long shot though, so fingers crossed.

All things considered, I am very excited about the game and it should be interesting to see where the story of Darksiders 3 takes us next.

Let us know what you think about this Darksiders 3 release date and whether or not you are interested in checking out the game when it comes out. Use the comments section below to let us know how hyped you are about the game.