How to Defeat Leshy in Cult of the Lamb 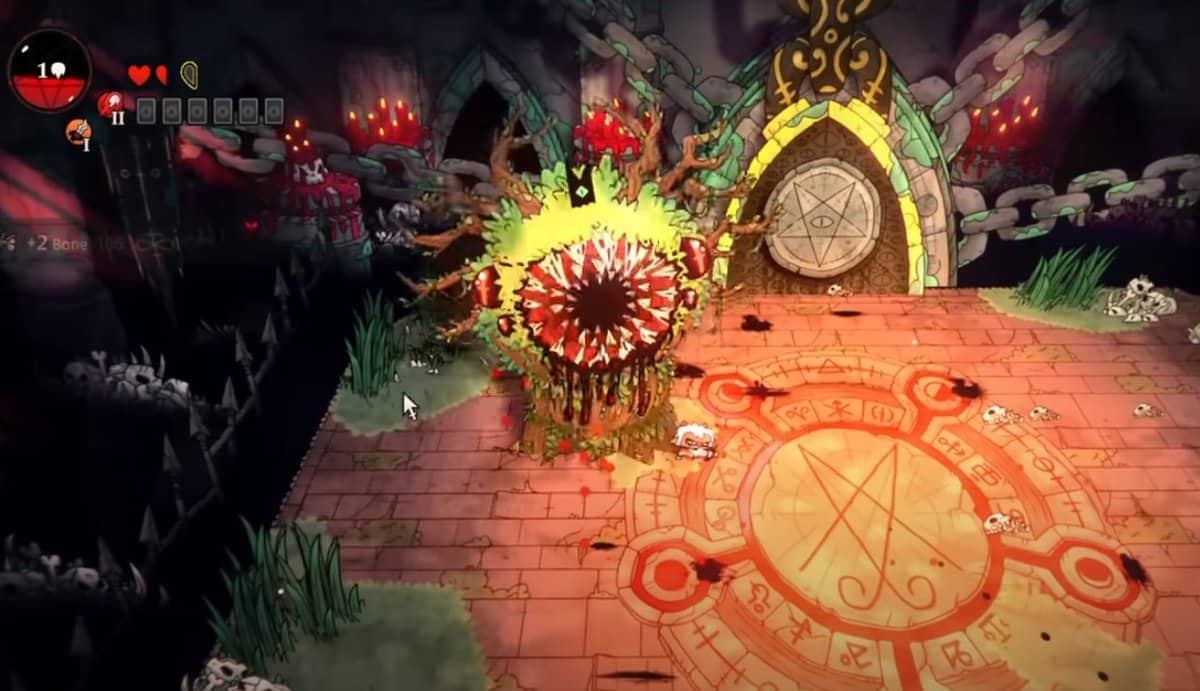 Leshy is the first bishop of the old faith that you will encounter in the Darkwoods area in Cult of the Lamb. Leshy looks like a worm-like plant creature that devours its follower when you first encounter it. This guide will give information regarding Leshy the Darkwood Heretic, where to find it, and how to defeat it.

Where to Find Leshy the Darkwood Heretic

Once you have defeated all of them, you will then encounter Leshy on your next run.

How to Defeat Leshy in Cult of the Lamb

Leshy the Darkwood Heretic is the main boss of the Darkwood area and is much tougher than the mini-bosses you encountered so far in the game. It will start off by digging underground and launching giant spikes out of the floor in the direction the boss is heading at. You can simply dodge this attack and land a couple of hits in the process.

Throughout the fight, Leshy will growl which summons a couple of worm-like enemies. Afterward, it will follow up with a barrage of fireballs that are on marked circles so you can just easily dodge them. While the boss is launching the fireballs you can get close to the boss and deal massive damage.

The boss will then shoot spikes at you in a star shape. You can just get close to the boss and deal a lot of damage since the boss will be in its animation.

Once Leshy has lost half of its HP, it will kind of go berserk launching a circle of spikes until the edge of the arena. It will be a linear attack so you can easily dodge it and do some damage in the process.

Then the boss will jump high and then slam back onto the ground. Leshy will try to land on you, so try to dodge this attack since it will a lot of damage to you.

He will then pound the floor three times. You can just go behind the boss to avoid taking damage and dealing some damage.

Lastly, Leshy will summon more and more enemies that will eventually overwhelm you. You can take some of them out or you can just use Leshy’s AoE attacks against the trash mobs.

Once you have defeated Leshy, you will be rewarded with