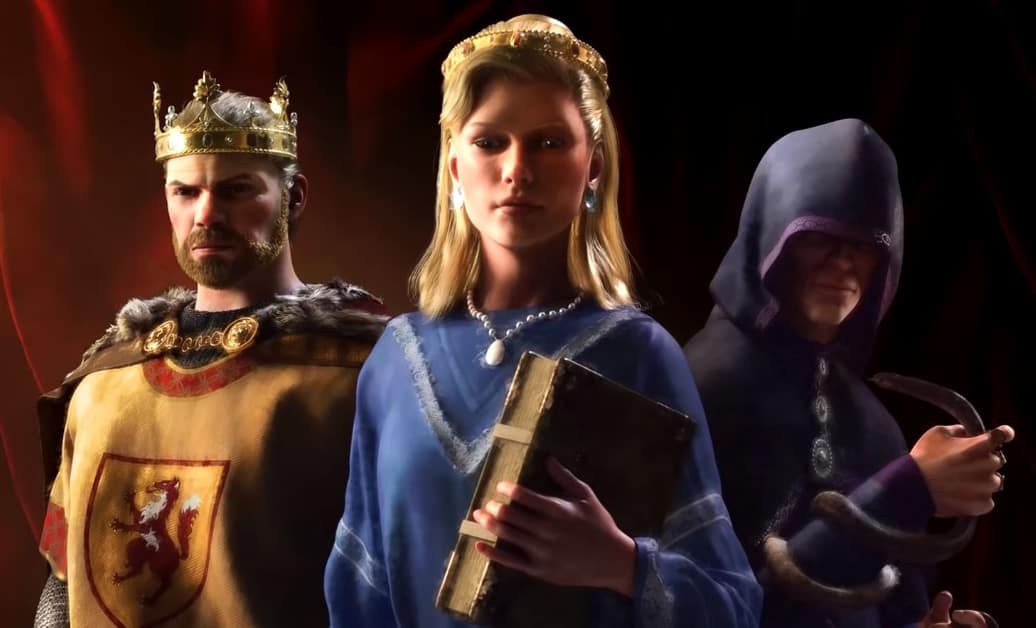 For the past eight years, one of the premiere grand strategy games available has been Crusader Kings 2, one of the most well-known games by Swedish developer Paradox Interactive. However, that game’s time finally came to an end on September 1 with the release of Crusader Kings 3, which is already looking to supplant it.

We actually went over a beta build of Crusader Kings 3 several months ago and it looked very promising there, and it seems like that promise has been lived up to in the release version of the game. Everything that was there has remained, and it all looks absolutely beautiful as the game has been improved in so many ways.

To start off with, the visuals are much better in general. Your characters now have actual changes on their player models whenever you take a look at them, rather than being simple headshots within their portraits. If your character is a dwarf, they’ll be tiny compared to other characters, and the opposite will be true if they’re a giant.

You can be fat, gaunt, disfigured, sickly, and all manner of other things, and unlike Crusader Kings 2 it will all show up on your character, along with your clothes being appropriate for whatever country you’re playing as. We’ll likely not get cosmetic DLCs this time around, thankfully.

The game’s landscape has also been changed, allowing you to see the individual cities, castles, and churches that are inside your lands, along with how they change and grow over the course of the game as you build them up further over years and years.

Gameplay has also been changed positively. The game’s user interface is much simpler than Crusader Kings 2, and the game provides plenty of helpful tooltips that are large and easily noticeable for you to go through in case you ever get lost. Many of the less intuitive or annoying aspects of the previous game have also been removed in this one.

For instance, shipyards are now a thing of the past, so you don’t have to waste money building a shipyard so that you can ferry your army to the Holy Land. Now, all you have to do is pay a certain fee to ferry your troops across the ocean, with no actual boats required.

Of course, with the removal of some details comes the addition of others, and the diplomacy game is very strong in Crusader Kings 3. Along with the usual methods of gaining power in the game, making alliances, arranging marriages to try and get in line for titles to other countries, you can now make alliances, use hooks that you have in people to gain favors from them, and more. One of the most frustrating parts of Crusader King 2’s diplomacy, fabricating claims on provinces, is now also a thing of the past, as now it’s on a timer rather than being a random chance of success.

War has also changed a great deal, with multiple other factors changing the scales. Knights are now part of any powerful kingdom’s armies, and men-at-arms can also be recruited to help give your undisciplined peasant levies some extra strength. However, you might want to be careful, because with that it now also becomes all too easy to lose valuable councilors or heirs in battle.

What truly makes Crusader Kings 3 shine, however, is all of the quality of life improvements. While many things that made players love the previous game have been removed (the ability to promote a horse to the position of chancellor if you go insane, for instance), many of the mechanics that players love that had been added via DLC are still in the game by default.

Even the map expansions, which allow the map to go all the way from the coast of Spain to Tibet, has been kept, and considering that the map actually looks tattered in that direction, we may get more in the future. These quality of life changes have also extended to the modding scene, so if you’re one of those people who picked Crusader Kings 2 up so that you could play one of the many high-quality mods, playing them in Crusader Kings 3 will be a whole world of difference.

However, the game does still have a few issues that make it just shy of perfect. To start with, the game’s difficulty can be pretty inconsistent going by the AI. For instance, during one of my multiple games that I’ve played so far, I was attacked by a Viking force of over 3000 men while I only had a few hundred to my name, and this was on the British Isles, often termed “noob island” for a lack of large threats.

War is also quite annoying in that there is no way to make the AI attach its armies to yours, so you’ll likely be caught out in the open more than once by enemy armies that will proceed to beat you and possibly cost you the war while a supposedly allied army sits just out of reach besieging some inconsequential castle while not making any move to help you.

The sheer breadth and depth of the gameplay might also again turn some people off even in spite of its renewed simplicity. While there is an actual tutorial this time around, some players may still be turned off by just how much information is on the screen at the time.

Regardless of all of that, however, Crusader Kings 3 definitely comes highly recommended from me, and may be shaping up to be Paradox’s best first-party release yet. The game is currently available now, exclusively on PC.