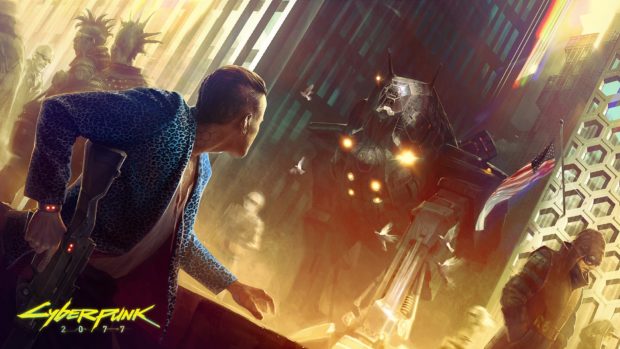 If you were are itching to see more of Cyberpunk 2077, you will have to wait until E3 2018. It is confirmed that CD Projekt RED is coming to E3 2018 where it is expected to reveal Cyberpunk 2077. The much-awaited gameplay reveal should happen at Sony’s press conference as both companies are very good partners.

However, CD RED may just opt-in to share a gameplay trailer with the internet during the event. I guess we will have to wait and see how this plays out.

CD Projekt RED’s Cyberpunk 2077 has been under wraps for a long time and it is about time we see the game in action. As we can see, E3 2018 is where CD RED is going to appear and hopefully, with Cyberpunk by its side.

E3 2018 is set for June this year – it’ll run from June 12 to 14. Many notable industry names are appearing at the event including Deep Silver, Gearbox, Konami, Microsoft, Sony, and more.

Coming back to Cyberpunk 2077, there isn’t much we know about it for the time being but we do have confirmation that the game is in a playable state. Moreover, CD RED has a marketing campaign ready to go.

It is also not hard to guess that graphics, as well as animations for the game, are going to be amazing. The Witcher 3 set the bar very high for CD Projekt RED and even though it puts extra pressure on the team, it is talented enough to pull it off with Cyberpunk 2077.

What are your expectations fro Cyberpunk 2077? Do you think it’ll turn into a franchise or will it just be a one-hit wonder? Share what you think in the comments below.