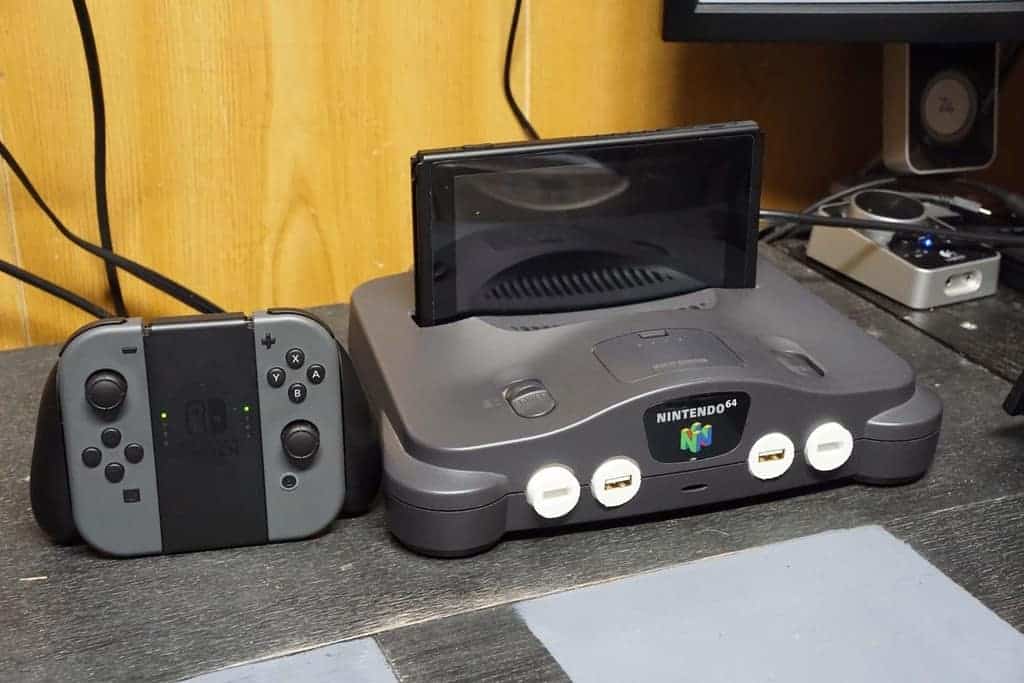 If you’re wanting to make your Nintendo Switch be even more of a Nintendo console, then the YouTuber Tettan Zone may have the Nintendo Switch dock mod for you. Tettan Zone goes into detail on how he makes a new dock using an old, broken Nintendo 64 and makes something new.

The process, which took around a week, involved Tettan taking the old Nintendo 64 and going through a step-by-step process to convert it into something that could work with his Switch.

The entire process was catalogued on Reddit, and you can find it and read it here.

Making use of the Nintendo 64’s own power brick and the console’s chassis, Tettan Zone was able to create a dock of his own that allows the gamepad to fit into the 64 like a cartridge normally would.

With the power brick plugged in to the back, it’s essentially like a regular Switch, but with a special vintage twist. You can even place the JoyCons for the gamepad beside it in the Nintendo 64.

Numerous complaints have been leveled with Nintendo for the awkward design of the Nintendo Switch dock, with people often complaining of dead pixels or screen-scratching taking place when putting the Switch’s gamepad back inside.

If you have an old Nintendo 64 that doesn’t work anymore, you may be able to follow Tettan Zone’s own instructions and make a new Nintendo Switch dock mod of your own.

If yours does work though, you might be better off sticking with the original dock, especially if you can’t find an old, cheap, non-working Nintendo 64. While there’s no indication that the Nintendo Switch dock mod for the Nintendo 64 is better than a normal dock, you’ll likely still need to be careful putting the gamepad into and out of it in case you scratch the screen up or damage it somehow.