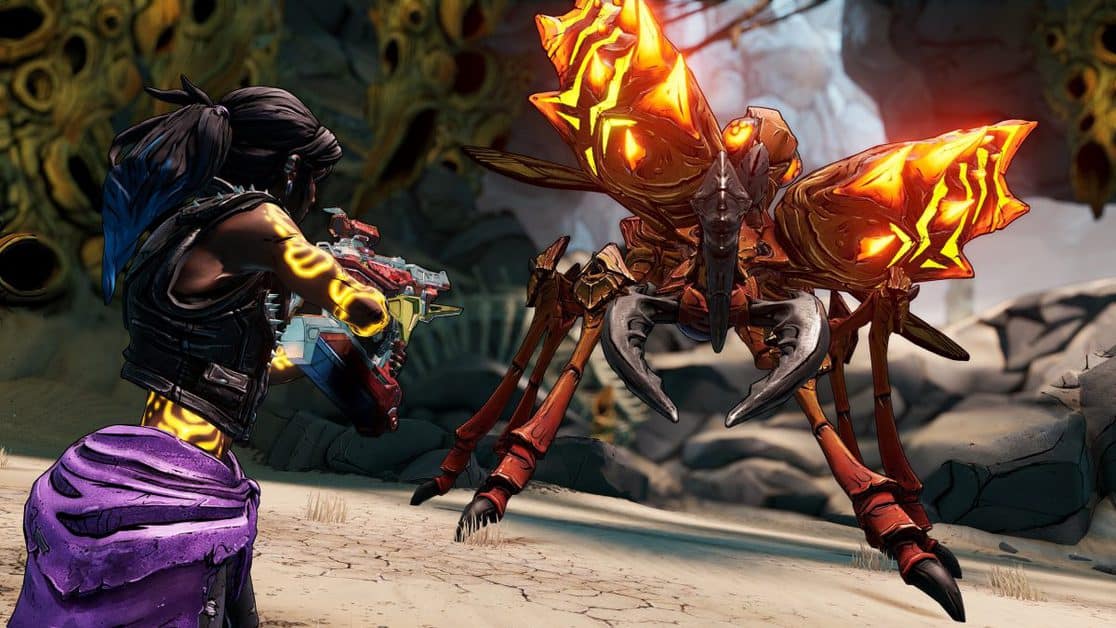 Borderlands 3’s first raid boss has been released alongside the Director’s cut. In this guide for Borderlands 3 Hemovorous the Invincible Boss, we’ll be showing you what you can do to ensure your victory.

Finding the boss itself requires you to head to the Sanctuary and find ClapTrap in his room by the ship’s cargo area. Interact with the safe in the room, which will hit you with a quest ‘You. Will. Die. (Over and Over’. Accept it and head to your first objective.

This objective’s pretty simple and entirely optional. Grab the Free Eridium from the safe and start making your way to the Darkthirst Dominion located in the Ascension Bluff Zone.

You can find the boss wandering about his business in the North part of the map, in the Ascension Bluff zone. Go through the gate to enter into the Darkthirst Dominion, which will initiate the boss fight. So, make sure you’re all set and prepared to face off against Hemovorous the Invincible.

The first thing that you need to know before you engage the Hemovorous in battle is that there are a few things placed in the room in an area called A Tithe for Blood for your convenience:

As you proceed on the main path, you’ll find a gate that can be opened by paying a fee of 500 Eridium. Once you pay it, you will find yourself in The Gorging Gorge, which happens to be the same area you’ll be facing off against Hemovorous.

To get the boss out, you’ll have to start by attacking the egg and free the Larva.

Before the main event finally appears, you’ll have to defeat the Larva, then the Adult, Badass, Superbadass and finally Hemovorous the Invincible will appear.

This is about the time when you unleash all hell loose with your explosives. Considering this is a challenging fight, you’ll find the enemy’s health pool fairly large. Try to keep moving to avoid any stuns.

The odds of Hemovorous the Invincible dropping the following loot is roughly 25 to 35% and varies in accordance with the players’ journey up until now. It shouldn’t be long before you can get all of the loot, so a few hours’ worth of runs should have you all set and ready.