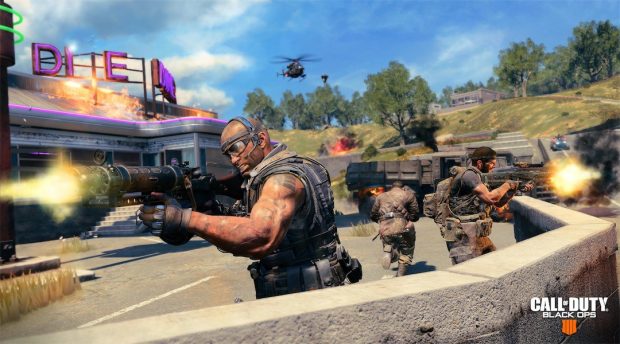 Developer Treyarch apparently is having a hard time figuring out how the armor should work in Black Ops 4 Blackout mode. The studio has again tweaked the Black Ops 4 armor in the blackout mode.

Since the launch of Black Ops 4, Treyarch has been tweaking the armor in Blackout mode. First, the studio made the armor too strong and then the developers introduced armor repair system.

The most notable change has been made to the armor durability. Now, all three armor levels share the same durability. Meaning, the level 3 armor will now take just as much time to shred as level 1 armor.

With today’s update, Treyarch has limited the number of armor plates to just 5 instead of 10. Also, repairing the armor in Black Ops 4 will take a second longer.

It is clear that Treyarch is still trying to figure out the sweet spot for armor in Blackout mode. These constant tweaks to the armor make things difficult as players have to adapt to changes. I hope this is the last time the armor in Black Ops 4 is tweaked.

Furthermore, the update has also reverted the nerf effect for Paladin sniper rifle. This sniper rifle was unintentionally nerfed with the introduction of the armor repair system in Black Ops 4 Blackout mode.

Speaking of the game, if you are one of the gamers who has missed on Black Ops 4 then this would a great time to get the game. Activision has introduced the Black Ops 4 Battle Edition for $29.99.

The Black Ops 4 Battle Edition includes Blackout mode and other multiplayer modes. However, this edition doesn’t include the Zombies mode, hence the price cut.

Also, the price tag of $29.99 is only available till January 6, 2019. After that, Black Ops 4 Battle Edition will cost $39.99. However, personally, I would suggest that you wait for a possible standalone edition for Black Ops 4 Blackout mode.

The reason behind is simple, Call of Duty is an annual franchise. With the release of next Call of Duty, it is possible that Activision won’t include a Battle Royale mode.

Activision would want to support Blackout mode long term and there is a chance that a standalone version of Black Ops 4 Blackout mode will release in the future.

Black Ops 4 is a first-person multiplayer shooter developed by Treyarch. The game is available for PC, Xbox One, and PlayStation 4.