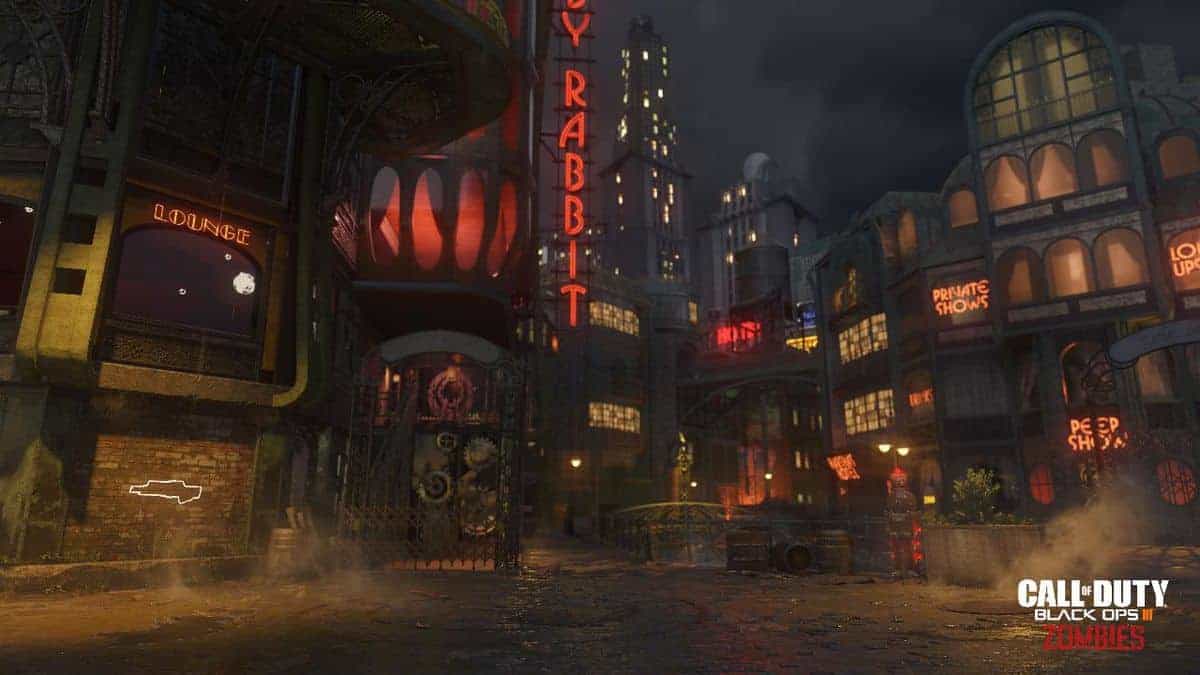 Jugger-Nog in zombie mode allows you withstand more damage ensuing in your survival. Where you’ll normally got down after 3 hits, using Jugger-Nog will increase it to 6 hits.

It doesn’t matter whether you’re playing with a full team or trying to solo; Jugger-Nog is an absolute life-saver and should be equipped as soon as possible.

However, finding this Perk-a-Cola requires a little effort since this is one of three perks whose location continues to rotate in every game. You may find it in the Waterfront District in one game and in the Footlight District or Canal District in other games.

Despite the district change, the location where the vending machine is located doesn’t change.

For more help on Black Ops 3, read our PC Tweaks Guide, Easter Eggs Steps Guide and How to Turn on Power.

There is one little tip using which you’ll instantly know where the Jugger-Nog is located without roaming all three districts. While you’re in the Junction, head towards each gate and you’ll come across a broken bottle sitting on a crate. In order to find the Jugger-Nog, you need to head inside the district which has red bottle outside.

For your convenience, I’ve listed all three possible locations where you’ll be able to find Jugger-Nog Perk-a-Cola:

Waterfront District Perk
After you reach the area, you need to turn into the beast and activate the power switch near the stairs to open up the path. After this, go up the stairs and through the corridor to activate another power switch and use the machine. Once again, note that the actual perk may vary, but the location remains the same.

Footlight District Perk
This is very similar to the Waterfront District –- you need to change into the beast, activate the power switch near the stairs to make the stairs appear, head upstairs, and find the machine on the right side.

If there is something else you would like to know, make sure to let us know in the comments section below!