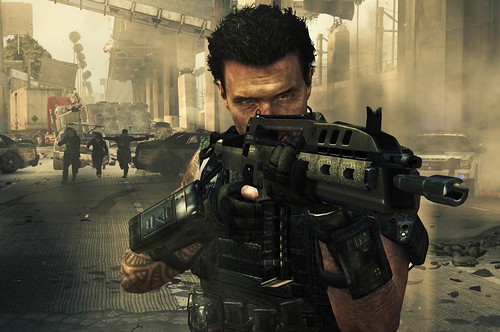 It’s the day when a Call of Duty game is going to be released globally, and fans are going crazy about it. The PC users can enjoy the high throttle graphics and better frames but there are always chances that you may end up cursing the game due to some incompatibility issues, crashes and other game breaking issues.

For those who have been struggling to run the game on their machines properly, we (like always) have compiled a list of common problems related to Black Ops 2. So if you are seeking a solution, scroll through the following list to find the concerned fix.

#1 Call of Duty Blacks Ops 2 Crash Fixes
All right, there can be multiple reasons for your game to crash. Reasons for crashes and their possible solutions highlighted by Treyarch are as follows:

#2 Black Ops 2 Error – Could not load default asset ‘fonts/720/consolefont’ for asset type ‘font’
It is language related so if you are Polish or Russian, change the English language to local to resolve the issue.

#3 Black Ops 2 Error – Dependency Failure Error When Launching Game
It can occur due to incomplete installation of the game. Installing all components of the game (Singleplayer, Multiplayer, & Zombies) before launching can fix the issue.

#4 Black Ops 2 Crashes At Boat Scene in the Second Mission
This issue is specifically related to Nvidia drivers. You can follow this link for the fix.

#5 Black Ops 2 – DirectX Encountered An Unrecoverable Error
You can try out the following to fix this issue:

#6 Black Ops 2 Crash – Dependency Failure
You should try the solutions mentioned in #1 to resolve the issue.

#7 Black Ops 2 Decryption Code Error
This error is related to incomplete installation. Make sure that all the components of the game (SP, MP and Zombies) have been fully installed before you launch the game.

#8 Black Ops 2 Error During Update
If you have pre-loaded the game, then I will recommend that you uninstall the game and proceed with a fresh install. It’s worth of a shot if nothing else is working.

#9 Black Ops 2 Freezes on Launch
If you have an Nvidia card then you should give these drivers a go. Also make sure that you are not running the game on Windows XP as Black Ops 2 doesn’t support it.

#10 Black Ops 2 Cut-scene Lag/Stuttering
It has no technical aspect. You just need to lower down your graphics (try depth of Field first) a bit to make the experience smoother.

#11 Black Ops 2 Steam Download Stuck on 96% Or Like That
If your download is not proceeding further, and it’s been ages, you should try restarting Steam and your PC. This can fix your problem, and the download will continue.

#12 Black Ops 2 Server Issue – Getting Kicked Every time
If your firewall is not blocking the game then there is no fault at your end. It’s the problem faced by a considerable amount of people and the devs are already working on a fix. So yes, it should work magically after some update before you enter a server.

If you come across any other issue, let us know in the comments and we will try to help you out!