Beyond Good and Evil 2 is Allegedly a Nintendo NX Exclusive 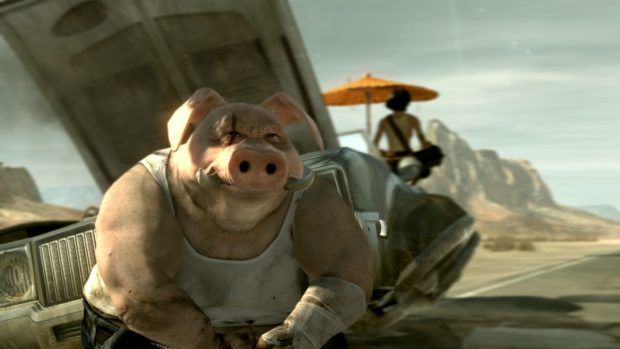 We have been talking about Beyond Good and Evil 2 since years now, as long ago as mid 2013 we knew that the game was going to be much larger than the last one with a number of cities and planets in the plans.

However, although Capcom has been bringing it up in their talks every now and then after that, nothing solid has been shared except confirmation that they have not cancelled the game.

Now, we turn to the rumor mill. We have picked up some details on the game that have apparently come from a very reliable source that Destructoid talked to.

According to details that have been outed by the alleged insider source, Beyond Good and Evil 2 is certainly being developed right now, but more than that, it is going to be released exclusively to Nintendo NX.

Other than that, the rumor suggests that the game will be released in 2017. Since the Nintendo NX is expected to launch later this year, it means the sequel is not going to be a launch title for the console.

As far as the reliability of the source is concerned, it is Geno, the same guy who has leaked alleged Nintendo NX hardware specifications recently, new Pokémon forms and Microsoft IllumiRoom project. In the light of his past record, we can suggest that the rumor has potential of being true. On top of that, this information has been cross checked with another unrelated source too.

Although the first game in the series did not do too well commercially, will you be interested in Beyond Good and Evil 2 purely on the basis of the critical acclaim of its predecessor?