Most Battlefield 5 Cosmetic Items Can Be Earned 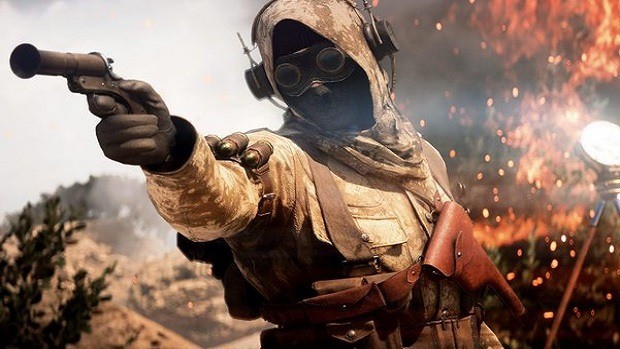 Following the controversial launch of the Star Wars Battlefront 2, EA DICE is now eager to do better with Battlefield 5. Design Director Daniel Berlin states “The thing we’ve said from the beginning is that this is not going to be pay to win.” Battlefield 5 cosmetics items include items like cool Jackets for your character, helmets and some awesome weapons skins.

Some things are only earnable, but we might say now and then in the future, that if you want to pick that thing up, you can get it for this’. But the important thing about here is that Battlefield games are never been alike “pay to win and it is hoped it will never be.”

At the launch of Battlefield V, there won’t be the option to purchase the premium currency with the real world money. Instead of that, the players will only have the ability to earn the free in-game currency as they are progressing in the game with the option of purchasing a paid currency at post-launch.

The Producer of EA DICE Ryan McArthur mentioned the two Battlefield 5’s currencies Company Coin and the in-game Battlefield Currency and emphasize many of the DICE’s talking points from when the game was formally announced in May, including the statement that the game will not be a pay-to-win.

Battlefield 5 will feature single-player missions and will also feature some other styles of the multiplayer action and also there will be an individual player’s collection of soldiers and equipment, called the ‘Company.’

The decision for holding the premium currency back, Ryan McArthur said: “In order to help ease players into the concept of the ‘Company’ feature as a whole.”

Ryan McArthur also wrote, “Battlefield Currency can be used to acquire specific cosmetic items for your Company.” We want the players to get good a hands-on experience with the ‘Company’ feature, the progression system and earning the Company Coin before introducing Battlefield currency.”

Talking about the Battlefield 5’s loot boxes and premium pass, Electronic Arts and DICE announced that there will not be a premium pass and loot boxes included in the game.

On the Official Battlefield’s Twitter account developers leaning heavily into their seemingly player-friendly monetization strategy, “No loot boxes. No Premium Pass. All players have access to the same maps and modes in #Battlefield V. Keep your squad together, no matter the front.”
Battlefield 5 will be released worldwide for PC, PlayStation 4, and Xbox One on November 20, 2018.