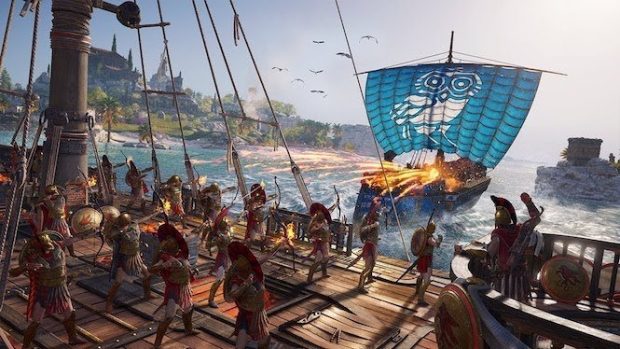 Naval Battles return in full glory in Assassin’s Creed Odyssey and this time around players need to spend some time while selecting their crew especially the Lieutenants.

By default players can only have one active Lieutenant, however, this number can be increased to 4 by upgrading the Ship’s Hull. Our Lieutenants Guide will help you find and acquire the best Lieutenants in the game so that you can fully enjoy your naval experience.

Find a camp or a fort that is yet to be cleared by you and it would be best if it is a military camp and region fort. The reason why you are going to a camp is that sometimes Legendary Captain which you can recruit as a Lieutenant.

Mark the captain, defeat him and then recruit him as your Lieutenant and remember don’t kill the captain otherwise he/she won’t be of any use to you.

Players can also recruit mercenaries by going into combat with them defeating them but not killing them and then recruit them as a Lieutenant.

In our guide, we will help you find these special Lieutenants along with how to recruit them.

Gelon: This special Lieutenant can be acquired by just completing the Crewless side quest.

Tekton: Complete the “A Pirate Life” side quest and Tekton will become available as a Lieutenant on your Naval crew.

Evie: This Legendary Lieutenant can be acquired by purchasing it from the Ubisoft Club.

Special Lieutenants – Epic
Epic Lieutenants are hard to find and compared to the rare ones, these offer significant perks that will help players significantly in their Naval experience.

Odessa: To acquire this Epic Lieutenant, players need to complete a string of side quests. Start with the “A Small Odyssey” side quest and follow it up with the side quests that pop up.