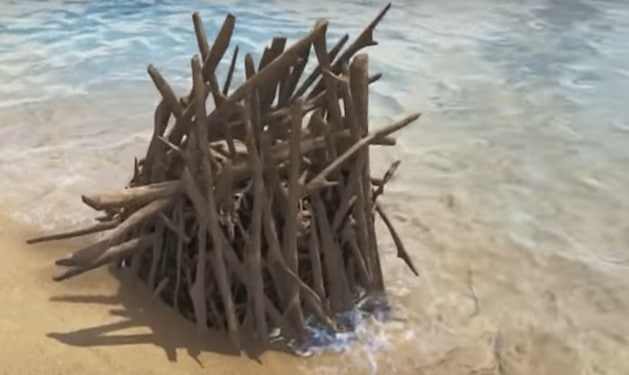 Beaver Dams are structures in Ark Survival Evolved created by Castoroides. They can spawn on Land and water and are mostly found near bodies of Water. Looting these structures is very useful as the players can get their hands on the most essential resources, the game has to offer. If destroyed Beaver Dams respawn after 6 hours.

Beaver Dams contain a large number of important resources such as Cementing Paste, Rare flowers, Rare mushrooms, Silica Pearls, Wood, etc. All these resources are required for cooking and crafting, making them a must for survival.

The cementing paste is required for crafting Fabricated Firearms, Auto Turret, Platform Saddles, and Fabricated Explosives whereas Wood is required to make armor and structures. Silica Pearls are utilized in the crafting recipes of saddles, electronics, boots, shields, masks, etc.

You can also find Beaver Dams in Ark Valguero. It is a vast DLC expansion map with beautiful terrains, dangerous hazards, and new creatures. You can find beaver dams close to water or inside it. Beaver Lake is the best region in Valguero for Beaver Dams.

Crystal Isles DLC introduces many new features to the game such as a large crystal coating on the map, Island in darkness, exquisite resources, and creatures. The spawn biome and rivers all over the map such as the river in the snowy forest biome are the best locations for the Beaver Dams in Ark Crystal Isles to spawn.

Extinction is the third DLC map and is mostly set on the Ravaged Earth. You can find Beaver Dams in Ark Extinction near the Noth-West of wasteland region, Green Obelisk, and the center of the city in the sanctuary region.

Genesis introduces a story beginning with Ark Survival and the player is tested regularly in this DLC expansion pack. Fighting, exploring, taming and building are essential to survive.

There are very few Beaver Dams in Ark Genesis. In Ark Genesis Part 1 the beaver dams can be found in the Fishing Lake in the Artic Biome. In Genesis, the lakes in the space biome can be explored to get this resource.

Lost Island is the first community map released in Ark Survival. The DLC map is 150 sq. km with lots of new biomes and resources for the player to explore. Beaver Dams in Ark Lost Island are located on the South-East shore and lakes across the map such as the lake near the Snow Castle.

Ragnarok is a massive 144 sq. kilometer DLC expansion map that adds new creatures such as Ice Wyvern and Griffin to the map. The DLC has an active volcano and species from Scorched Earth as well. Beaver Dams in Ark Ragnarok are located on the Northern end of the map. They can be found near the lakes located all over the map.

The player will find plenty of Beaver dams in Ark The Center in areas like the center islands as there are a lot of lakes and usually beaver dams are found near water.