Are There Microtransactions In The Outer Worlds? 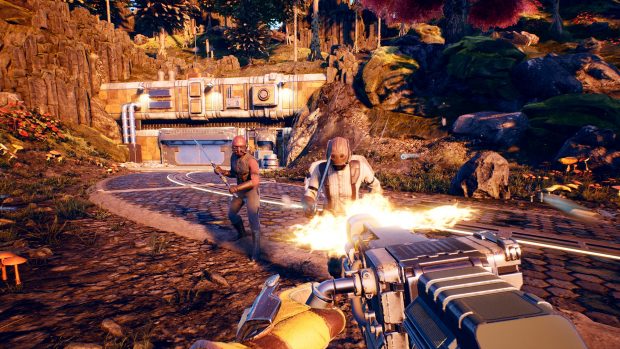 Any form of additional monetization will be done through DLCs, however, the development team has no plans for any additional content at this time. The main focus, for now, is completing the base game before they move on to something else. This indicates that The Outer Worlds DLC won’t release too close to the game’s launch.

Starks also discussed working with Unreal Engine 4 and how they modified it to their own needs.

Customizing Unreal (4) to serve what we wanted to do was a bit of a challenge for us but we think we’ve done a great job adapting it to doing what we need it to. [Note: Obsidian used Unreal 3 in the development of Alpha Protocol, and had used Onyx and Unity in their more recent titles.]

The Outer Worlds is a massive project, the biggest Obsidian Entertainment has ever done. The game has several endings and a vast open world which the player can explore in this video game. There is still no confirmation about its multiplayer aspect but it is unlikely that The Outer Worlds will feature such a mode.

Of course, they do not want to go down the path Fallout 76 took. Bethesda’s Fallout 76 dropped the ball when trying to mix Fallout and online multiplayer. Obsidian on the other seems to clear about what it wants to develop, which is a single player experience first.